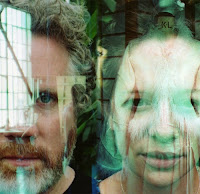 A slight change for this edition with all the music streamed at the bottom in one player. Details of each featured track are mentioned with each artist.

Hidden Shoal Recordings recently announced the release of the single ‘The Green’ by American ambient experimental pop duo Boxharp. For those new to the band, Boxharp are Scott Solter (producer/engineer for the likes of Spoon, The Mountain Goats  and St. Vincent) and Wendy Allen (Tarentel and The Ballustrade Ensemble).

The title track from their forthcoming album, ‘The Green’ sees Boxharp perhaps clarify what spacious astral pop sounds like. The song is a splendid and gentle presentation of quality pop with the multi-tracked vocals of Wendy Allen, ‘The Green’is a great introduction for the forthcoming album and has got Beehive Candy very interested in hearing more.

The band was recently featured on David Bowie's official website after previously being chosen by Bowie in an article in British newspaper The Guardian as one of his current favourite artists, which makes for a pretty big reference indeed!


Featured:
'The Green'
Buy: (or download the single free until May 4th) Hidden Shoal Recordings. 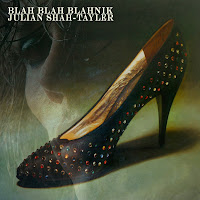 We have featured Julian Shah-Tayler before here on Beehive Candy and having listened to his latest EP 'Blah Blah Blahnik' are delighted to do so for a second time.

Julian is one busy individual, having recently been interviewed by E!, featured in the Huffington Post and performing as part of his ongoing residency with Macy Gray and Rolan Bolan at Prince's favourite Hollywood haunt, Bardot. He has also seen his songs featured in three independent films: "Whip It" (Whitey), "Youthful Journeys", "Prudence" and he also soundtracked an Australian Television show: "West Coast Diaries". He also signed a publishing deal for the debut album of his band "Adamandevil" His new live band debuted for Angie Bowie and Roy Rogers at their enormously successful Haiti benefit show.

He has also been invited to perform this summer in Manila for Imelda Marcos as part of an art extravaganza based on her infamous shoe collection. This was the inspiration behind the lead off track on his new solo EP "Blah Blah Blahnik" - "Show Me Your Soul" (spot the play on words).

OK you may ask but what about the music? Well I have to say having been very impressed with the last release, this latest offering is perhaps even stronger. Great songs, and excellent musicianship and production make Julian a likely contender for much bigger status in the music industry. The song's Electricity & Blood Destiny have to be my favorite's on the EP, lets hope they reach a much wider audience. 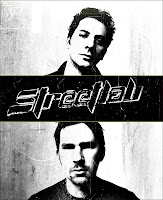 Fans of rock and dance music alike have New York City duo Streetlab to thank for creating catchy and danceable versions of some of their favorite tunes. Since 2001, friends Mark “Cosmo” Lamorg and Ryan Leary have been exploring the pastiche between classic rock tunes and their rump-shaking potential with an irresistible formula for electronic remixes. After years of re-inventing popular tracks such as The Rolling Stones’ “Gimme Shelter” and Creedence Clearwater Revival’s “Fortunate Son” the pair began venturing into writing original material, including “NYSound,” a single that has generated a considerable buzz and coverage since its 2008 release.  Since gaining the support of various top-notch radio DJs and record labels, and receiving praise from media outlets from the likes of Billboard Magazine and URB.com, Streetlab is gearing up to release its full-length debut.

Influenced by the music scene of the early 90’s, Lamorg and Leary started out remixing classic rock songs, creating tracks that defied the boundaries of music genre and ended up appealing to both rockers and club-goers. Their early remixes caught the attention of BBC Radio1’s Annie Nightingale, and in 2002, inspired indie-rock label Kanine Records to solicit the duo to contribute remixes of tracks by Mixel Pixel and Professor Murder. Astralwerks and Invisible Records followed suit, adding Streetlab mixes to their repertoires. The talented duo spent the next few years teaming up with New York DJs and club promoters, remixing tracks for Parisian acts PlayGround and Thieves Like Us, and creating their own versions of songs made famous by everyone from Nine Inch Nails and Hot Chip to Led Zeppelin and Bob Marley.

With a endless list of remixes and a growing collection of original material to their name, Streetlab is gearing up to unleash a whirlwind of new songs with a slew of acclaimed vocalists. They’re latest single “Rat Racer” is available on iTunes and will be the first single off of the debut full-length album set for release on April 20, 2010.

Already the first French act to score a number one record in France with an album sung in English, The Dø are set to release A Mouthful in the US today (April 6th) via Six Degrees Records, complete with three bonus tracks.

Running the full musical gamut, A Mouthful deftly channels the melodic and vocal stylings of Nina Persson, the sharp and bouncy guitar jangle of contemporary indie rock, a touch of folk intimacy and even some wistful hints of summer Tropicalia. The Dø are French/Finnish vocalist and guitarist Olivia Merilahti and multi instrumentalist Dan Levy. As NME states, The Dø have created “something genuinely captivating. [A Mouthful] tastes real good.” It does indeed.

Communist Daughter have a new release 'Soundtrack to the End' which is due out today (April 6th), via Grain Belt Records.

Three years ago John Solomon walked away from music. After struggling with addiction and brief stints in jail, with great sadness he dissolved his critically acclaimed band Friends Like These, and moved to a small town in Wisconsin, trying to get away from it all.  And that was that – or so he thought.

After Solomon decided that he had to leave music, he painfully learned that the music never left him. After his prolonged hiatus he called some old friends, inviting them to picturesque Prescott, Wisconsin, where they made a demo album that proved once-and-for-all that the music was his everything.

Steve Yasgar, the former drummer of The Swiss Army and Roma di Luna, Jonathan Blaseg of The Blinds, and former Friends Like These comrade Adam Switlick convened in Prescott on the Saint Croix, where John had serendipitously met Molly Moore. With her contributions, the muse took flight and resulted in their latest groundbreaking album, Soundtrack to the End.

With Soundtrack to the End, Solomon and company have reclaimed their spot in the music world with a soulful style that is writhing with the visceral, the real, and the romantic. Glowing reviews have come from critics all over: some that remember Solomon and company from Friends Like These, and others meeting them for the ﬁrst time. A reinvigorated Solomon has assembled a record that demands attention.

Featured:
'Not The Kid'
Website: MySpace.
Buy: Soundtrack To The End 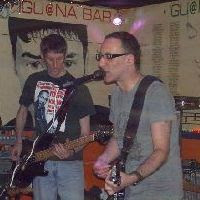 The Disappeared contacted Beehive Candy a week or so ago and in a very polite and friendly email asked us to give them a listen.

They went on to say 'We are a four piece group from Manchester called The Disappeared. We believe that music, politics and intelligence do mix well together. Although we've only been formed for a year, we think we're getting our own sound together'.

Well yesterday I was going through a load of new songs some of which are featured today and I was really surprised with these guys. Half expecting something that immediately reminded me of half a dozen other bands, The Disappeared reminded me of only one (and I am keeping that to myself). There is a strong enough individual identity within their music along with clear Manchester accents for these folk to deserve attenion in their own right. 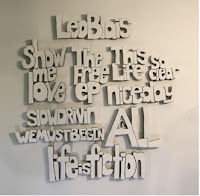 Finally for this edition, when I received a promo for Leo Blais telling me one of his songs was used as a soundtrack in a Dunkin Donuts commercial I really could not get excited. Maybe it's a personal thing but hearing great songs used in commercials has a bit of a negative effect on me (especially cars and jeans adverts).

Anyhow having skipped the link to watch it and just play the music I am really glad I have. Leo Blais’ brand of pop-songwriting is reminiscent of a diverse array of artists ranging from Elliott Smith and Teenage Fanclub to Ben Folds and Travis.

His current Free EP is merely one installment of an ambitious ten-volume release series entitled Everyone’s Feelin’ Alone, which will eventually encompass over 40 tracks all told. Blais has shared the stage with such acts as Snow Patrol, Dispatch, The Dresden Dolls, Rocky Votolato, Sam Roberts, and The Neighborhoods.

Yet, the music is only the beginning of the story. Leo Blais is an artist and environmentalist in his own right. On top of spending nearly five years in the recording studio, Blais labored close to three years hand-creating the artwork for the Everyone’s Feelin’ Alone series. Using only an X-acto knife and a sharpie, Blais transformed his Lowell apartment into a tangible manifestation his musical vision. Whether it is the meticulously carved lyrics that wrap his room, or the hand-drawn tracklist, it’s clear you will not find a more unique approach to cover art and packaging anywhere soon.