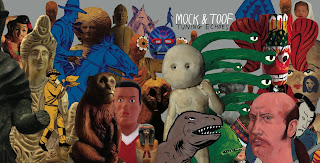 UK producers and remix sensations Mock and Toof released their debut full-length Tuning Echoes on Monday of this week. Riding a reputation as one of the most sought after acts on the DJ circuit, Mock & Toof demonstrate what happens when one combines an education in house music with a love of experimental pop and psychedelic rock.

Duncan Stump (Mock) & Nick Woolfson (Toof) are two of the UK’s most creative music producers. Having made a name for themselves via 12” releases on James Murphy’s DFA Recordings and their own Tiny Sticks imprint; the pair have forged a reputation for brilliantly off-kilter, disco-fuelled house grooves that are laced with originality. Enough originality in fact to have caught the attention of Hot Chip, Zero 7, Holy Ghost! and Groove Armada who’ve all come calling for their remix services.

Their press release goes on "Tuning Echoes is not a “nu-disco” album of grooves. It would have been far too easy for the duo to compile ten club tracks and call it an album. “We’ve never been about ‘nu-disco’, whatever that means anyway…” Explains Duncan. “Anyone who knows our music will know that we’re a bit all over the place as producers, if we like an idea we run with it and we’re much more comfortable being eclectic and not pigeonholed.” Dont be put off by words like 'disco' and 'club scene' this is all about developing a quite unique album that has really captured Beehive Candy's interest.

Sonny Smith, front man of the group Sonny & The Sunsets, has launched a gargantuan art project called 100 Records that is currently running at San Francisco’s Gallery 16. Sonny dedicated one year to write 100 songs that were recorded over various sessions with his band The Sunsets, The F**karoos, solo recordings, and even recording sessions in his esteemed camper Sluggo. Close to 80 visual artists created faux 7” record covers of fictional bands and singers created solely by Smith...In addition is a homemade custom built working jukebox loaded with all 100 songs to play in the art show. The songs on the jukebox range from pop, concept ideas, spoken word, instrumentals, surf, garage, folk and rock n roll.

Gallery 16 has put out 100 Records ‘Volume 1’, a limited edition of 40 box sets including reproductions of 12 of the art covers, with a CD of 16 original songs inside. 100 Records ‘Volume 2: I Miss The Jams’, coming out on Turn-Up Records in early June, is another box set including five 7” splits with 10 of the fictional artists represented. Volume 2 also features fellow San Francisco singers Ty Segall, Tim Cohen (Fresh n Only’s), Heidi Alexander (The Sandwitches), Donovan Quinn and more.

Interestingly, two of the bands created in the project, The F**karoos and The Loud Fast Fools, have become real bands in addition to random appearances in live shows by Earth Girl Helen Brown and Zig Speck.

Steve Hackett releases his new album 'Out Of The Tunnels Mouth' on the 8th June 2010.

He has also shared one track from the forthcoming album free over on the AOL radio blog. In support of the new album Steve will be touring North America from the 18th of June, just click on the picture to enlarge and see the tour date details.

Having only heard the song shared through the AOL radio blog Beehive Candy are not really in a position to say much more than it's good enough to repeat here, and if this song is anything to go by we look forward to listening to the full album.

And we have written all this without one reference to his 'former band' either, not bad eh? 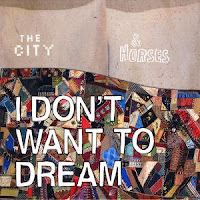 The City And Horses, have been around for several years and just recently sparked new attention with their song "I Miss It All" that was featured in the Paper Heart movie.

The City and Horses is the work of a Brooklyn songwriter and former Cosby Show extra named Marc.  While firmly steeped in the indie tradition, The City and Horse's songs traverse many genres of pop: from twee to power to psychedelic to chamber to folk to lo-fi and back again. The common threads are idiosyncratic vocals, often accompanied by surprising harmonies, and clever and heartfelt lyrics that mix the wit of Stephin Merritt with the wist of Stuart Murdoch (or something).

Anyhow this song came our way and sparked our imagination, the band are now with ever growing Paper Garden Records who seem to have the knack for spotting some 'stuff' we like.

The Super Vacations made their first recordings in August of 2007. They released their first LP on Shdwply Records in April 2008.

Currently all of the band members are living in Virginia. Since the release of their first LP they have played a bunch of shows on the East Coast, had over 15 different members, toured the US with Gary War and Teeth Mountain, and have members playing in several other high-profile acts . In January of 2009, they began working on a new record.

The new album 'Thicker Milk' will be out some time in June and many thanks to Rob from the band, who fowarded the Beehive a copy of  this whirlwind of a new album. We love it! Check them out!

Invisible Elephant is the project of one man and his assortment of randomly acquired instruments, ranging from frog guiros to pre-school toy drum kits. These are melded together with found sounds, synthesizers and spectral vocals to create a dream-like wash of psychedelic noise which defies simple categorisation. Veering from ethereal softly-spoken psych folk to walls of monolithic feedback in a heartbeat, it's difficult to pin the sound down to one genre.

Well that's how the promo describes Invisible Elephant, and on the strength of the featured track we kinda agree. Actually this is a fine way to finish off this 2010FM round up, there have been a few quite contrasting tunes and Invisible Elephant dont let us down. More please!

future stress recordings said…
Thanks for supporting Sonny & the Sunsets!