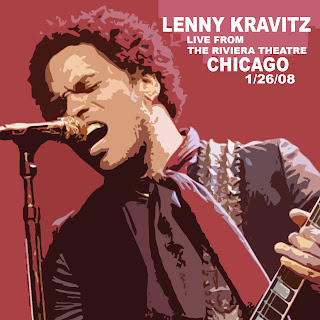 This is Lenny Kravitz live at The Riviera Theatre in Chicago USA on the 26th January 2008. I have very fond memories of seeing Lenny Kravitz on the bill at Wembley Stadium, London back in 1999. Aerosmith were headlining and earlier in the afternoon The Black Crowes had played a sublime set despite being clearly hungover. When Lenny came on stage he ignited the audience and pretty much had 80 thousand plus people on their feet within minutes.  Listening to this concert has brought back great memories and it is superb to hear that Mr Kravitz still plays a vibrant concert. On January 17th 2008, Lenny Kravitz embarked on a 9 city mini-tour to promote his new album It Is Time for a Love Revolution. The tour started in Santa Monica, California and ended in New York City on February 1st. The tour was done in association with Myspace and called the "Get on the Bus" tour. At each stop on the tour, they would pick up one contest winner and their guest and they rode on the "
3 comments
Read more
More posts