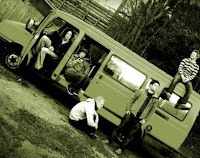 We have received so much great new music these last few weeks it really is proving a job to keep on top of matters. I guess in part it is the time of year however lets rip through the final selection for this month as I do not want to miss any of these songs out!

'Meatman, Piano Tuner, Prostitute' is the first single to be taken from the Vessels' second album Helioscope (due out Feb 2011) and is released on the 8th November. The band features the guest vocals of Stuart Warwick (formerly Jacob's Stories) who will accompany the band on their headline set of dates in November. Before then, Vessels embark on a tour of Europe with Oceansize. The band will be writing a tour diary so keep up to date at the band's website. The new song is just superb and we really want you to check these people out! Remaining tour dates as follows. 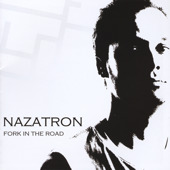 The music of Nazatron can be best described as a cross between alternative pop and electro rock.

His website tells us that Nazatron is the musical vehicle of Genaaron Diamente. Genaaron grew up in a small town in Victoria, Australia and started playing guitar as soon as he was big enough to hold one. A steady diet of beatles records, 90s metal, school jazz bands and guitar lessons quickly evolved into an irreversible love of music. After high school, Genaaron moved to Melbourne and after a brief stint studying computer programming he decided to study music full time. He spent the next few years honing his craft and practicing jazz scales. But Nazatron was not satisfied. The crazy metal and electro beats that he still listened to when no one was around started to consume him.

After graduating with a nice piece of paper that said music degree, Nazatron gave in to the inner music rebel and decided to give life to the music that had been growing inside of him for years. At last, his world started to synergize. He could now marry his love for music and jazz scales with the computer skills that he secretly still harbored. He locked himself in his room (that is, in between teaching guitar and playing/singing Clapton songs at dirty pubs) and after a few years, his debut album was complete.

Having listened to the album 'Fork In The Road' we are pretty impressed to say the least, there is a mixture of styles and moods the featured track is just one dimension of these. 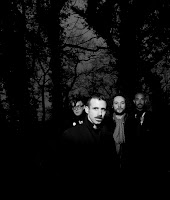 We featured The Brute Chorus back in April of this year. A quick history lesson on the band. The Brute Chorus began taking it to the people with a monthly residency at Camden’s infamous Hawley Arms pub. The band’s first releases, charming offerings of psyched-out garage-folk we’e put out on the Hawley Arms backed Bumpman records to widespread aclaim from Steve Lamacq, Zane Lowe, NME, and The Fly amongst others.

The scuzzy blues-folk quartet took their splendidly raucous live shows on the road with a host of festivals apperances including Glastonbury, Camden Crawl, Great Escape, Secret Garden Party, Belladrum, Standon & Kendal Calling. As well as touring with the likes of Martha Wainwright, Rumble Strips, Ida Maria and even a trip to the seaside with Peggy Sue and The Pirates as well as numerous headline UK and European shows.

Among others their music may well appeal to fans of acts as diverse as Nick Cave, The Gun Club, Edward Sharpe and the Arctic Monkeys to name just a few. 'How The Caged Bird Sings' was released on October 12th via The MuseBox/EMI Distribution, and if rockabilly-tinged garage rockers are your thing you will I am sure enjoy! 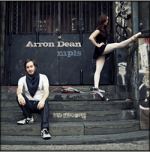 I am told that Arron Dean was raised on a small farm in an area called Knoppieslaagte, about an hour outside of Johannesburg, amid the political upheaval that led to the end of apartheid. As a young man at the turn of the new century, he followed his muse to the United States in pursuit of his dream of being a great jazz guitarist. "I was pretty young and utterly in love with jazz," Dean says. After a few years in Boston, his determination led him to New York City, where he made his mark on the scene—and came to the realization that "making it" in jazz means playing to disinterested bar patrons and "making about $200 a week."

The South Africa-via-Brooklyn singer-songwriter has had several homes and musical identities in his lifetime, howeve his new album MPLS has a defined and very appealing sound that I am sure will appeal to a wide audience.

The promotional piece describes his new sound, as a strain of modern Americana infused with a hint of British melancholy a la Nick Drake, which sprang from the old bluegrass and country records Dean played to find peace during long drives through the Midwestern expanse.

Davy Mooney is a world-renowned jazz guitarist who also sings and writes melodic, lyrically complex, and often nostalgic tunes with his alter-ego band ‘Davy Mooney and the Ghosts’. Featuring his guitar playing and vocals as well as saxophone and piano stylings from virtuoso musicians, the ‘Ghosts’ weave a genre-defying musical tapestry that aims, first and foremost, for the heart.

We are also told that - Davy Mooney and the Ghosts is his new singer-songwriter project and that Mooney has been leading a double life for his entire musical career: he is well known on the international jazz scene as a melodic and harmonically sophisticated guitarist, but for the past 15 years he has been performing solo in coffee houses and small bars singing his bittersweet, nostalgic songs to old folkies and young indie-rockers.

Although some of the songs go back 10 years or more, Davy Mooney hadn't gotten around to recording them until this past year. The CD is "Ghosts of Music, Past", and the band Mooney has put together to perform the music is called, fittingly, the Ghosts.

The featured track gives a wonderful taste of the album which just oozes class! 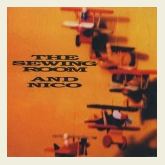 When the band 'Stars of Heaven' imploded in 1990 its occupants were in need of an outlet to lavish their gifts upon us and that place became known as The Sewing Room. Well thats the way to introduce a band to the Beehive albeit sadly on this occasion the band are no more however a reissue is upon us and as we are guilty of missing them first time around are delighted to share this info with you.

This Dublin quartet only shone for a couple of LP's, one of which now finds itself being reissued on Indiecater. 'And Nico' was a stunning debut record but despite the attentions of John Peel and a large critical fanbase it has slipped into the ether.

We are just grateful that the music is being released again and a visit to Indiecater where you can also find a history of the band by drummer Dez Foley, is recommended.

OK first the promo words and background - Janell McCracken p/k/a Lola Bleu is a truly unique talent. The beautiful 22-years-old songstress has been singing all of her life and it shows on her debut album Love Will Find A Way.

Released in early August on HSP Music, the album is the story of Bleu getting out of a relationship, dealing with the breakup and finally finding the person she wants to be with. Produced primarily by David Sanders II, Love covers various genres from soul to hip-hop to mid-tempo grooves with the one constant being Bleu’s smooth soulful voice.

Recorded over a two year period, Bleu put her heart and soul into the album. “Recording the album matured me a whole lot with my voice and how I sing and as a person,” she says. “I learned and am still learning more about myself musically every time I sing each song.” Though she is only 22-years-old Bleu has known that she wanted to be a professional singer since she was seven years old. She began singing at a very early age in her father’s church which led to her catching the showbiz bug very early.

I was not disappointed when I listened to Lola ! Her voice is just as the promo said, smooth and soulful and although hip hop is rarely my thing songs such as the featured track are most definately. One for all soul lovers to keep an eye out for! 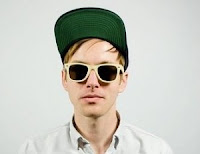 Lost Boy? is the project of Brooklyn-based 26-year old, Davey Jones. For over five years, Jones has been regularly playing his infectious brand of lo-fi, punk-infused bedroom pop around the NYC-area while handing out free CD-R’s of his music at shows. With all the hard work, people have begun to take notice of his keep-it-fun and simple approach to catchy, garage punk.

In 2010, Lost Boy has garnered coverage on Pitchfork, Altered Zones, Brooklyn Vegan, and Prefixmag.com. Looking to take his music beyond New York, Lost Boy? has released a free, digital-single of his fan-favorite “Fast, Burn” with “Oh My Creepy” as the B-side to hold people over while he records his new LP, slated for an early 2011 release.

It's infectious music and beehive cant wait for more! 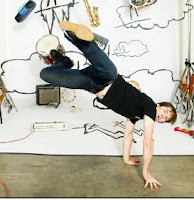 Touring the country like a mad man, and known to his friends as Jonny Ragel, he started to make recordings under the name Boy Eats Drum Machine in 2001 when he used a 4 track to record and load his MPC with scads of samples, creating blippy pop experimentations.

He wanted to evoke the idea of pac man and the music of the NES game metroid. He sold his mpc and switched exclusively to computer-based recordings a couple years later'. Boy Eats Drum Machine has a brand new record out (October 2010) – 20 Beats.

You can stream it over at bandcamp, me I need to go and take a sit down... 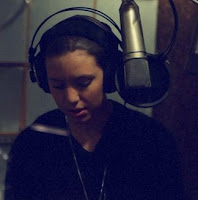 We finish this round up with Lykke Li, who is a wonderful Swedish indie singer.

Her music often blends elements of pop, electronic, and alternative rock; various instruments can also be found in her songs, including violins, tambourines, trumpets, saxophones, and cellos. She released her debut album, Youth Novels, in 2008.

Lykke Li's new EP ('Get Some' / 'Paris Blue') is now available from her website and we are more than pleased to be able to include one of the songs on Beehive Candy, which is a great way to finish this edition.