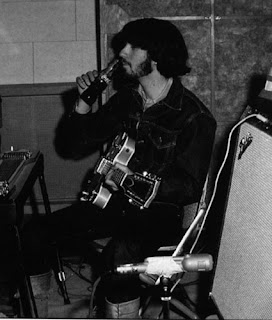 This is Michael Nesmith live at the Roundhouse, London, back on April 28th, 1974. This is a very laid back performance and Michael chats a lot with the audience. The audio quality is a little below par for FM and may be down to a fairly average recording set up used, that said this is a fine record of Michael Nesmith at a time where despite the number of solo records he had already put out, still seemed to be under the shadow of The Monkees in terms of wider audience expectations. As he prepared for his exit from The Monkees, Mike Nesmith was approached by John Ware of The Corvettes, a band that featured Nesmith's friend John London (who played on some of the earliest pre-Monkees Nesmith 45s as well as numerous Monkees sessions) and had 45s produced by Nesmith for the Dot label in 1969. Ware wanted Nesmith to put together a band. Nesmith said he would be interested only if noted pedal steel player Orville "Red" Rhodes would be a part of the project, and a long musical
3 comments
Read more
More posts