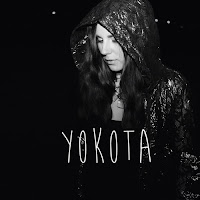 Currently recording in her home studio on Sydney's north side, YOKOTA's debut EP is set to thread these common elements and will be unleashed later in 2015.

So this really has to be a case of letting the music do the talking, which is fine. Actually it's a whole lot more than fine as I am sure you will find out, so give this totally enjoyable song a listen.

The Bulls - Background - The Bulls, Anna Bulbrook of The Airborne Toxic Event (and sometimes Edward Sharpe and the Magnetic Zeroes) and Marc Sallis of The Duke Spirit, are sharing the title track off their new record Small Problems, today in advance of the song's release Friday and the full EP on August 28th.

The two musicians had run into one another several times on the touring circuit over the past few years, and finally pulled the cord on a collaboration once the topics of the subversive albums of the 80s new wave scene, and the 90s shoegaze that followed it. After the release of their debut single "Come Unwound" and the apparent adoption of the new outfit by both artists' fan bases, the EP became a "must have" by fans and a "must do" by Bulbrook and Sallis.

The Bulls will be headlining the renowned Monday Night residency at Los Angeles' The Satellite in August. The five free Monday Night shows will support the release of Small Problems.

A little bit more dream pop than shoegaze, this is an enticing taster for the EP to come. 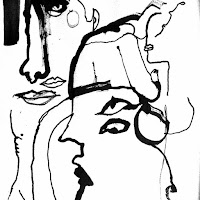 Drinks - Background Bio and being Thrilled - Birth Records & Heavenly Recordings are thrilled to announce the signing of Drinks, the new project from Cate Le Bon and Tim Presley, aka White Fence, whose album Hermits On Holiday will be released August 21. "Tim, do I like that dog?" A strange question, a queer query, an odd ask. The answer surely already known unless one mind knows the other. Which would appear to be the case with Cate and Tim. With Tim and Cate.

Cate, born in West Wales, raised under the shadow of a woolen mill, dressed by the field and by the rain. Tim, from San Francisco, grew under and over the bridges and streets, combed by corners and by concrete.

A more different musical upbringing you couldn't dream up. One a black thread strung through the eye of American hardcore, she a shard of glass tapped through a solid wall. Loop the thread around the shard and you have pendular device for predicting the sex. Will it be a boy or a girl?

They both like to drink, coffee mostly and sometimes each other. And once the drinks are drunk out it comes. The mud slicks and the plates click. Drinks is a solo project, not a collaboration. It has one mouth, one set of lungs, one mind and four legs. Drinks are the sound of hermits on holiday, having the time of each others lives.

I cannot easily describe this song. I like it otherwise I would not feature it, actually I like it tons, especially the way it develops and grows. Nope still can't describe it, please listen.

Whilst based in Perth, it’s easy to get lost in Joni In The Moon’s infinitely layered universe and wonder what planet they’re from. War & Porn’s evolution in sound is also matched by more politically and socially charged directions than previous work. As Joni explains, “War & Porn is my reaction to how awful it feels watching the news and feeling powerless to help. It's about first-world problem guilt, and the personal battle I go through comparing my own white privilege against global atrocities. It's the issue I have with a western media saturated with sex and violence, and how that infects the minds of our youths who then grow up to perpetrate such things.

A thought provoking song, sadly so much of western media seems to have become desensitised treating sex and violence as comodities to trade in. Serious subject, excellent musical piece, the lyrics speak volumes.

Jess Penner - Brief Bio - Jess Penner is a cheerful and cheeky, creatively ADD artist from Los Angeles. Raised on a banana farm in Hawaii; Jess is also a dinner party throwing, hen raising, people loving, thrift store shopping, self professed tomboy who hates musicals and tilapia but secretly loves painfully slow BBC miniseries and booty dancing alone in her bedroom.  Since signing her first record deal at age 15 - Jess has spent the last 18 years making a career as a professional musician via touring, album sales, licensing deals, and working as a songwriter / producer.

Her new record, "Good Times" is officially out and about. Most of the songs on this project are super fun, and I hope you enjoy them as much as I enjoyed the process of making them.

Always like to hear some upbeat songs and Jess Penner delivers. This six track EP is a must for anyone who knows her music and a fine intro for the rest. The final song (I Walk This Road) also shows off her softer side, however lets finish with 'Good Times' (Beehive Candy's permission to dance granted).