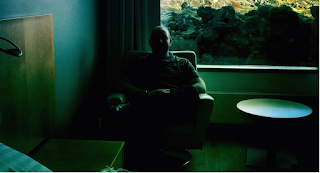 Background - Parkview is the debut full length album by Stephen Caulfield. Written, performed and produced entirely by Stephen, Parkview was recorded over a number of years in a self-built studio that looks out over the local park.

Parkview is an album of 11 songs that showcases Stephen’s ability as a singer-songwriter on piano and guitar, whilst also demonstrating his love of fusing strict electronic music with organic natural sounds using many weird and wonderful instruments and effects that he has collected over the years.

Stephen loves playing with, and altering sounds to create a unique palette of noise, he alters the computer recorded sounds by changing their speed, pitch, timing or dynamics to make new sounds that are then used to make rhythms and melodies. Beneath the production trickery and instrumentation lies a solid foundation of good song writing and Stephen’s solid abilities as a singer. The core component of each song is Stephen’s voice which ranges from lush arrangements of multi tracked harmonies to simple, tender vocals rich with emotion.

Considering the time and effort that has gone into this album my expectations were set quite high. I am not disappointed. The quality of the songs and the attention to detail in the production are really good. The featured track is the first on the album and seems a logical starting point. 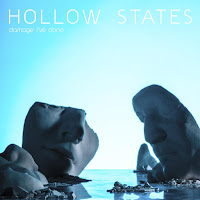 Background - The band - Sydney three piece comprised of singer Huck Hastings, guitarist Joel Woolf and keyboardist Hayden Woolf - craft songs that are both heartfelt and intelligent; equal parts haunting and jangly. 'Damage I've Done', which even from the title is emotionally weighted, typifies this approach, offering irresistibly catchy pop hooks wrapped up in darker musical tones. Unmistakable within this sound is Huck's effortless and emotive voice.

When debut EP 'Darkness Is Laughing' was released in January, it was met with favourable reviews that praised the band for their elegant simplicity and their strangely melancholic stirring. Its lead single, 'If I Have To Grow Up', showed an honest lyrical expressiveness, and introduced the band's sound of hypnotic rhythms, almost eerie pop guitars and bitter-sweet melodic hooks.

Recorded and mixed by Tim Carr (Matt Corby, Urthboy), 'Damage I've Done' is a beautifully-produced slice of indie rock that marries catchy pop smarts with honest, relatable human emotion. Hastings bears his soul on the song, with lyrics like “If I could have ten thousand lovers I would / I'd be understood / I'd never let them down and I'd make them all feel good / I'd give out my love to you” adding sparkles of sunlight to cloudy skies. Openly embracing of their home town scene, Hollow States are set to get busier on the live front in support of Damage I've Done with touring planned for the warmer months ahead.

A fine jangly, indie rock song, Hollow States can clearly cut a track that begs for airplay on any mainstream music radio station. Come on programme controllers, cut the bilge and put bands like this on. 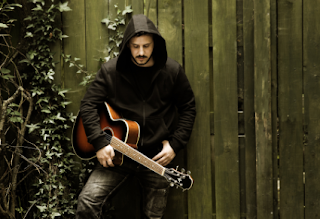 Background - Damien J Brennan was born and raised in County Down, Northern Ireland. He learned to play the guitar and began busking whilst backpacking through Italy and Australia. Shortly after his return home he began song writing and on a limited budget recorded some garage demos. These initial recordings received positive feedback and a glowing review from critically acclaimed mastering engineer Pete Maher (U2, Snow Patrol, Katy Perry, Hudson Taylor).

Damien recorded his first professional tracks in Zero Hour Studios and these songs led to gigs locally and in London. They were also picked up for radio play on Tom Robinson's BBC Radio 6 show and Baylen Leonard and Aaron Philips on Amazing Radio, together with a number of regional UK stations. Tony Moore of Soho Radio invited Damien to sing live on his show and to appear live at London's Bedford this August. The future is looking very promising for this up and coming Irish talent.

Some artists teach themselves how to play an instrument and then cut their teeth busking, travelling and producing their own demos. Its no guarantee of further success, but when artists who have worked hard to be heard, have this amount of natural talent, it's no surprise they are being picked up on. After all it is all about the music.