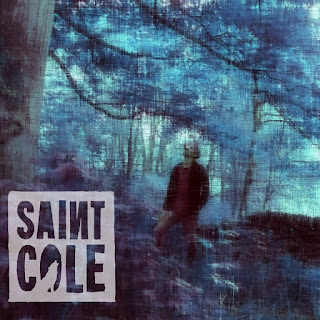 Saint Cole - Within This Skin.

About Saint Cole - Nic (vocals/producer/DJ) and Curt (guitar/keys) are from a small town called Dewsbury in West Yorkshire just two miles from Morley, home of the legendary nineties techno night The Orbit. Heavily influenced by this scene and the now legendary stories surrounding the club, Nic started producing and mixing hard dance/techno.

Saint Cole represents Nic's passion for dance music fused with his love of indie/rock. He cites influences as diverse as The Beatles, The Stone Roses, The La's, Chemical Brothers, Massive Attack and Leftfield. Saint Cole was born when he started working with his life long friend Curt. The duo were soon joined by third band member Martin Kolcak who is based in Slovakia and contributes artwork, visuals and animation. Neither Nic nor Curt have met Martin yet, though this is set to change when Saint Cole embark on a tour in summer 2016, complete with live visuals.

Their debut E.P to be released Friday the 13th of November 2015.

The first thing that came to mind with the eclectic range of influences cited above was, 'that's a pretty impressive line up, I hope you are not overstating your abilities'. Well in fairness they are only influences, not comparisons, however I have to say this is a pretty impressive debut EP. Plenty of energy and diversity and yes on the featured track, I did think of The Stone Roses at one point, that said, I think it fair to say they really do have enough of their own talent shining through. Well worth checking them out. 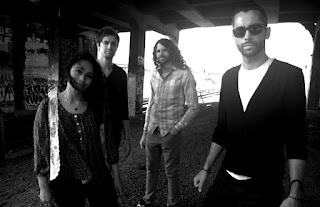 Background - Los Angeles quartet Electric Parlor deal in a pure form of visceral, groove-based rock n’ roll; integrating the blues and soul of yesteryear but with a modern feel.

Members Josh Fell, Kris Far and Zachary Huling all moved to LA around the same time and found LA native Monique Alvarez to round out the group in 2012. Following their passion for music, they all came in search of each other with a goal of ending up in a one of a kind rock ‘n’ roll band. By 2013 the dream was realised and Electric Parlor found itself trail-blazing through the underground music scene in Los Angeles.

“We feel like one of Electric Parlor’s missions is to re-open people’s eyes to the blues, the way bands did in the 60’s and 70’s” guitarist Kris Far explains. “And not in a subjective way... we’re a working class band and have taken a lot of risks to make this a reality. We believe that this reckless abandon - to fight for what we feel is ours - translates into our music”.

In 2013 the band worked up enough capital to record their self-titled debut in true ‘analogue to tape’ fashion at Big Scary Tree Studios in Sunland, CA. The resulting LP captures the bands unique live energy and spotlights lead vocalist Monique Alvarez’s compelling howl; a combo referred to by the band as the lovechild of Black Sabbath and Janis Joplin. “We want to be part of the ongoing evolution of rock n’ roll” reflects drummer Zachary Huling. “Being a part of this lineage is what drives us forward”.

The featured track is pretty representative of Electric Parlor's album. It's a solid unpretentious piece of work, with genuine passion and flare. In my opinion the Black Sabbath and Janis Joplin references are reasonable to a point, but not really that necessary as the band 'cut it', in their own right. Vinyl lovers may want to check out a limited offer (here). 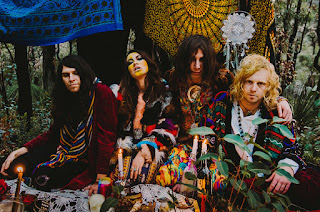 What Their Promo Says - There’s something wonderfully ominous brewing in the bowels of an unlikely place. At home between the likes of St Vincent and The Church on Xpress Magazine’s Reviewers Picks for Top 10 Albums of 2014 and Tone Deaf’s 15 Incredible Unsigned Aussie Bands You Need To Hear Right Now, Perth band Moana are delivering us a psychedelic acid-art, jungle rock single ‘Elephant Bones’.

Not undeserving of the plethora of critical acclaim and audience adoration coming their way, Moana are masterfully testing the boundaries where multiple art forms collide. In an attempt to break the arduous release cycles often expected from emerging bands, Moana Lutton devised splitting their second EP into three parts, with three separate release dates throughout 2015. Each release would comprise of two new tracks recorded at Debaser Studios with Andrew Lawson, a piece of collaborative visual art and music video.

The freshest slice of this three-part release features a music video for ‘Elephant Bones’ directed by the magical, long-time collaborator Via Luna Pictures, along with a cross- collaborative artwork by Kuba Kujawa of Denmark. Likened to an “iteration of the dark, arty and angry female voice” (Xpress) made famous the likes of PJ Harvey and Kate Bush, Moana Lutton describes ‘Elephant Bones’ as “a song of fear and ecstasy collided; the exhilaration of chaos and transformation in a wild and dark world; celebrating the madness and absurdity of it all."

After screening ‘Elephant Bones’ to a sold out crowd at The Bird, Perth on August 1st, the final installment and full EP The Trilogy of the Black Monsoon will be launched at The Odd Fellow, Fremantle on the 31st of October. An Australia- wide tour is set to be announced shortly after.

'Elephant Bones' reminds me a little of Jefferson Airplane, however let me qualify that and say 'at their best'. Being a Krautrock fan for those of you with long enough memories, there is also in my opinion, a touch of Amon Duul II. More importantly there is plenty of Moana and they have something going here that spans generations, one for my weekend playlist.