On Our Horizon: Shakedown At The Majestic - Across Silent Hearts 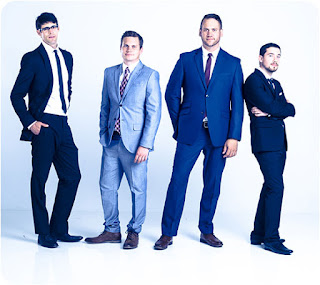 Shakedown At The Majestic - In Control (from the forthcoming EP).

Background - Shakedown At The Majestic was formed in New York City by guitarist Chris Vermillion and drummer Taylor Nimtz. They have become well known in the power pop underground and for bringing fun, energetic, superbly played performances to the music scene. Jonathan Vermillion (Chris’s brother) also plays guitar in the band, and after they moved out to Seattle, they added Rob Moura on bass.
Their debut, self-titled EP was produced by legendary recording innovator and Stranger genius Steve Fisk (Nirvana,The Posies, Screaming Trees) for release Friday, November 6, 2015.

Shakedown At The Majestic’s name evokes the bamalama and bomp of British Invasion bands, as well as fuelled-up garage groups from a few years out and beyond. The signature style of singles like “Run For Your Life” and “In Control” feature tightly woven harmonies and interweaving vocal melodies, drawing from rock and pop's early years but delivering something altogether unique.
At once nostalgic and freshly energetic, in their short time as a band SATM has played shows in some of the best venues in NYC and Seattle, developing a fervent fan-base of followers. They played the finals of the NYC Emergenza Music Festival at Webster Hall and were a mainstay of the monthly "Hipster Demolition Night" held at Public Assembly in Williamsburg, a showcase for NYC's best up-and-coming power pop bands. They also headlined Liahonaroo, a music festival in Nashville, Tennessee in 2012.

A modern twist on sixties guitar pop? Well listen to the whole EP and you realise it's a whole lot more than that. The featured track does however have a little sixties feel to it, no criticism, it's a great song from an EP, to look forward to, in November. 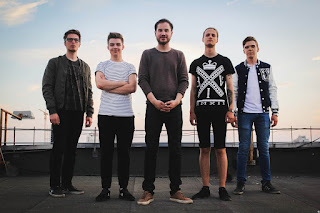 Across Silent Hearts - Like A Brother (from the album 'Anyway').

Background - 'Across Silent Hearts' formed in 2012 is a rock band from Minsk, Belarus. Starting out a Metalcore band, they transcended to their new college rock style by 2015.

The band was formed by drummer Igor Kononchuk and guitarist Anton Chernik. With the addition of Pavel Smolin, “ASH” recorded and released their first full length recording "On your side" 2013. It was a good opportunity to gain experience in the Studio, as well expand into some serious musical and artistic territories. The first track of the album "Above the sky" shows how rock guitar solos can actually sound.
The band continued to grow in 2014, performing at concerts in Minsk and other cities in Belarus. In 2015 the new album is about to show what the band really sounds like.

I have only heard a couple of tracks from the album, both impressed me, they are far more original than their earlier 'metal' numbers, and for me, much more likeable.