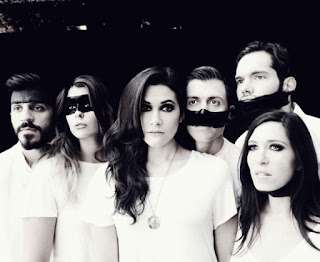 Promo words - Parlour Tricks released a new Double A side single yesterday (5th October) – the two tracks ‘Lovesongs’ and ‘Requiem’ will be out on cool New York label Bar/ None Records. Catchy and charming ‘Lovesongs’ is an electro synth pop earworm - think dreamy Goldfrapp, complimenting ‘Requiem’ a beat heavy, rhythmic track that is layered with the mystical and airy vocals of Lily Cato.

The band are lead singer and songwriter Lily Cato, bassist and synth player Brian Kesley, drummer Terry Moore and guitarist Angelo Spagnolo, They met at college and first played together on a whim when Cato decided to try her hand at song writing. A few months later Cato asked Morgane Hollowell and Darah "DeeDee" Golub (also friends from college) to join when she realised that nearly every song she'd written was begging for three female voices. Influenced as much by the Andrews Sisters as she is by Vampire Weekend, Cato’s first few years of song writing kept the lyrical spotlight away from herself and instead found inspiration in other people’s stories, newspaper articles, and books. “I write a story for a song the same way you might write a story for a novel” says Cato.

Matching clothing and synchronised dance moves is as integral to a Parlour Tricks show as the music but its all about, making sure that everyone is having a blast both onstage and off is paramount to all six members.  ‘Village Voice’ named them 2014’s Best Pop Band in New York City, so it seems like a mission accomplished. The band recorded their forthcoming new album in Nashville working with producer Emery Dobyns (Patti Smith, Antony & The Johnsons, Noah and the Whale).  Dobyns played a key role in harnessing the band’s ever-evolving sound, allowing them to explore and experiment but creating cohesion within the ten tracks that ultimately ended up on the album due out in early 2016.

Two quite different songs from Parlour Tricks, the featured track is a synth pop wonder, with stand out vocals and harmonies, and a soundtrack that just hooked me in. Requiem is for me even better, both very good songs. 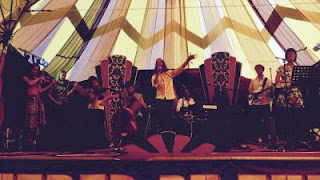 The Little Unsaid - Can We Hear It?

Background - The Little Unsaid was stewed up in the badlands of West Yorkshire by multi-instrumentalist, producer, poet and songwriter John Elliott. After beginning as a solo project, The Little Unsaid has evolved into a growing community of touring musicians and producers blending folk, electronica, orchestral music and a meticulous song writing craft with John’s haunting, androgynous vocals.

Following on the heels of two well-received, crowd-funded albums, his third, Fisher King, is the result of traumatic personal crisis, reflected in the music’s genre-hopping complexity, lyrical honesty and moments of cathartic release. It was recorded over four weeks in a London basement, in the middle of Highgate Cemetery, in the steeple of a crumbling Islington church, and on a tiny island in the middle of the Celtic Sea.

The album was mixed by Graeme Stewart, long-time Radiohead engineer and producer of Jonny Greenwood’s solo work, which has included producing and mixing the music for Hollywood movies such as There Will Be Blood and The Master.

The songs on Fisher King are part-inspired by books that John became obsessed with during his self-imposed isolation in the hills of West Yorkshire in Winter 2014. These include Lolita by Vladimir Nabokov, Dante’s Inferno, The Death of Bunny Munro by Nick Cave, and The Waste Land by T.S. Eliot (a poem from which the album title was taken). The tone of these literary works correlated with John’s own explorations of the destructive nature of human desire and the loss of faith in the face of catastrophe, which has bled its way into all of the songs on the album.

The lead single 'Can We Hear It ?' was selected by Catherine Cunning Coco Media & Artist Management in collaboration with Mark Gardener of OX-4-Sound and front man of legendary Oxford band Ride, who also mixed the single during breaks from their recent world tour.

You know that moment when you hear an artist or band for the first time, and you stop doing anything, to concentrate and just take in the song. Well 'The Little Unsaid' did that very thing to me this afternoon. The featured track is just so imaginative and having listened to some other tracks this is for me, one very special collection of songs. 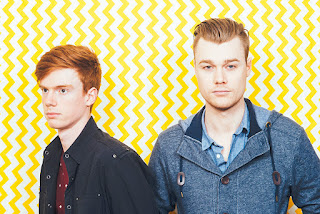 Background - Foreign Architects are about to release their second single for the year, ‘Fall’, on October 16th. Foreign Architects have had a massive 2015 so far, having supported ARIA Award winning Australian band Eskimo Joe before releasing their last single, ‘Clover’. The band continued to capitalise on this success, being selected to take part in the Singapore-WA Music Exchange, which saw the band perform at Beerfest Asia in Singapore, a festival attended by over 30,000 punters.

Foreign Architects are a Perth based Indie-Pop duo made up of singer-songwriter Matt Burke and his drummer cousin, Andrew Barnett. With a huge sound combining a multitude of guitar and bass amps, layers of harmonies, the unforgettable songs and energy of their live show will leave you wondering how it was produced by only two people on stage.

'Fall' doesn't waste time getting started and we are straight into a hook laden, indie rock song, with vocals that ride smooth, over a solid timeless musical piece. 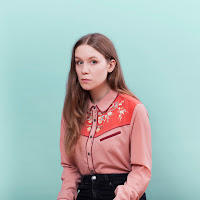 Within a few years she has touched audiences in clubs, venues and festivals all over Norway, played support for Judy Collins, John Fullbright and Daniel Romano, and additionally performed for a sold-out festival tent in Bremen. Now comes the new material. EP released 9th of October.

As the promo is a little on the minimalist side, all I know at present is what is stated above. The song is absolutely charming, Unnveig has a beautiful voice and the music just carries her along. A country feel which leans a little towards Emmylou Harris on this track (see that as a massive compliment), I cannot wait to hear more.