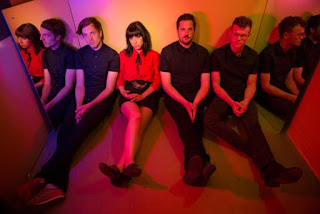 Background and the story so far - "Wide awake, and I'm chasing after you" - exclaims a breathless Jessica Dobson, singer and multi-instrumentalist of Seattle's Deep Sea Diver. The lyric is one that best encapsulates the front woman's bravado and fearlessness which dominates Deep Sea Diver's forthcoming sophomore LP, Secrets out February 19th on their own High Beam records. In their desire to explore dualities, Deep Sea Diver urgently and deliberately move you from rock experimentation to dreamy soundscapes, Kraut-esque drum and bass grooves to angular danci-ness, and full fledged orchestration to bare bones simplicity. Dobson has the voice and authority to tie it all together, and turn it into a cohesive unit that soars yet remains beautifully delicate and intimate. Live, the band has received acclaim for their festival-ready power and presence, Jessica's larger than life guitar hooks, and their cascading layers that build upon each other until they reach their explosive peak.

In late 2013, Dobson put in her notice to former Shins boss, James Mercer, in order to give full attention to her own musical vision. Mercer agreed, saying "I'll miss you, but I give you my full support. You've gotta pursue Deep Sea Diver." While much was gleaned from the experiences in her many years spent playing with top tier musical outfits (Beck, the Shins, Spoon, Yeah Yeah Yeahs,) something was brewing that demanded a sort of dedication and alertness that couldn't be fully engaged while moonlighting as a side-woman for those greats.

Recorded with Darrell Thorpe (Radiohead, Beck) and Luke Vanderpol at the Bank in CA, Jessica and band (comprised of husband Peter Mansen on drums, Garrett Gue on bass, and Elliot Jackson on guitar and synth) have together created an album that is colorful, energetic, and varied-with an emotional depth and pulsating charge that demands the listeners full attention. As she and Mercer sing together on "Creatures of Comfort," "I'm in my own world", the listener is brought in, and very content that this is the world that she has chosen and invited others into. Secrets is an album you will not want to keep to yourself.

'Secrets' is the first single from next February's album of the same name. A potent and powerful song, both Jessica's vocals and the music, cut to the action, demanding your attention. 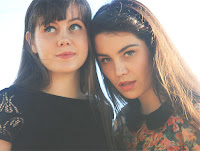 Background - Following their debut single 'Take Me to the Sea', Sunshine coast sister pop duo L.U.V are proud to present their new single 'I Can Be the Answer'.

Mixed by Brisbane’s Konstantin Kersting (Art of Sleeping, Moses Gunn Collective), the song’s dreamy karmic melody and harmonic overlapping vocals flirt playfully with psychedelia while demonstrating the young sisters innate ability to produce effortlessly gripping hooks. Think kaleidoscopic glimpses of bonfires by the lake on dark summer nights enveloped by the hypnotic voice of a young girl trying to seduce a lover with song. 'I Can Be the Answer'- beautiful, imploring and channelling the siren - is the second taste of a plethora of material forthcoming from L.U.V before impending live shows in 2016.

'I Can Be The Answer' is a catchy melodic pop song. Superbly performed and produced, that surely has to be enough, I think so. 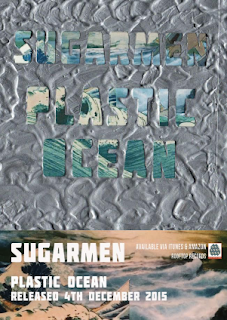 Background - 2015 has been a huge year for Sugarmen. The band played two Hyde Park shows with The Who and Blur, as well as sharing stages with Sleaford Mods, The Bohicas, Hooton Tennis Club, Deer Hunter, Metronomy and British Sea Power. The four-piece have toured hard and reinforced their growing reputation for high octane live sets, driven by charismatic cool and electric chemistry.

Debut single 'Dirt', produced by Clash legend Mick Jones, was made XFM single of the week on its release in March and has racked up over 100,000 plays on Spotify. It’s easy to hear why: 'Dirt' is two-and-a-half glorious minutes of pure accelerating guitars matched with anthemic vocals.

Their new single 'Plastic Ocean', a galactic track that explodes into life with a collision of fractured rhythms and angular riffs, boasts clever lyrics, power-surged vocals, and spaghetti western guitars, all driven by an unrelenting rhythm section and infectious melody. 'Plastic Ocean' captures on record the on stage energy the band are renowned for, it's as sharp a statement of intent as you’ll ever hear.

Swaggering with attitude 'Plastic Ocean' is like a massive shot of adrenaline, delivered with a timeless 'Mod Rock' feel. 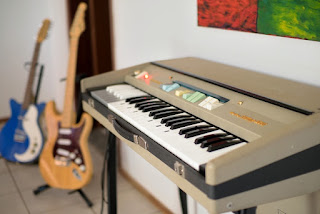 Background promo - This is the second album from Brazil's Postal Blue, who have been around (though not very actively) for nearly 18 years now, with previous releases on indie pop royalty labels like Drive-In, Shelflife and Cloudberry Records. One listen and anyone could easily be convinced that this was a lost Sarah Records release, with its songs echoing the Orchids and Field Mice (in both their exuberant and melancholic moments) at some times, a less fragile Blueboy at others, and even Secret Shine at their dreamiest in a few spots.

The production is crystal clear and shimmers brightly throughout the entire 35 minutes of this album, making it easy to see how it took so long to complete (you just can't rush perfection!). Overall, this is a very beautiful batch of songs that will make you wistful for the indiepop days of old and elated that the torch is still being carried on...

'Bitterness Is Sweet' is the first of ten songs on the album, all of which are at the very least, on a par with this featured track. If you were asked to describe 'indie pop', this could be as good a starting place as any.