Genre Mix: Citizen Of The World - Animal Daydream - The Aquadolls 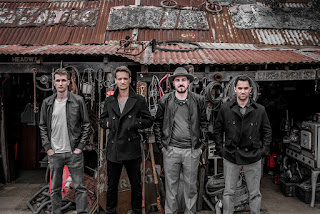 Citizen Of The World - Setting Out.

Background - Citizen of the World has built on the success of the foot stomping folk-rock genre, popularised by the likes of Mumford & Sons, to carve a new genre described by one competition judge as “epic folk”. The band successfully combines the unique sound of the saxophone with acoustic folk and traditional rock to have you reflecting on the stories that shape your life. Since forming in 2012, the band has played at various venues and band competitions around Sydney, toured India, released their first EP and is now releasing their third music video.

Their new song ‘Setting Out’ fits directly into their signature genre of epic folk, combining contemplative verses with a powerful chorus lifted up by a strong drums and horns section. The song tackles the strong feelings associated with new beginnings, new projects, and new perspectives. The kick carries the song through soft verses and strong choruses, and tries to harness a multitude of emotions into one piece.

The song was recorded and mixed in Gerrit’s living room in Coogee (affectionately known as Bay Street Records).

Described as part of the modern folk-rock genre, Citizen Of the World stand out to me, as a band to take note of, in an increasingly crowded music style. 'Setting Out' is the first song I have heard by the band, it's not overly produced and sounds very natural, so that it is 'epic' without becoming pretentious and artificial, something I find a little to often in this musical genre. I look forward to hearing more from them. Background - In early 2015, Animal Daydream appeared on the scene and took the indiepop world by storm, garnering positive press from Austin Town Hall, Back Seat Mafia, Big Takeover, Collapse Board, Examiner, Get It On Vinyl, Magnet, Vinyl District, When You Motor Away, and Whispering' & Hollering' just to name a few outlets - pretty impressive for a new, enigmatic duo from Gothenburg, Sweden.

Now, just over one year after the release of their debut single, we are proud to present another small batch of songs that will just melt away in your ears. Not too far off from what they gave us the first time, these songs are reminiscent of later Teenage Fanclub and Fleet Foxes, but also borrow liberally from the sound of '70s soft rock, particularly Fleetwood Mac and CSNY, with their strong vocal harmonies and overall smooth, almost slick production. And once again, all four tracks are pure gold, solid gold. Now if they would only follow up with that full length they might rule the world.

'Citrus' has that classic jangly guitar sound that I associate so often with indie pop, however the vocals and harmonies really do take it into the realms of 1970's soft rock. The overall effect is something quite timeless, so that the name checked references above really do hold water. 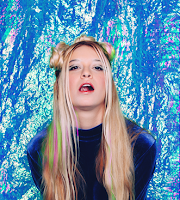 Background - Formed by the lead singer and writer of the band, Melissa Brooks and bred out of the Southern California, Orange County do-it-yourself garage scene.

Melissa Brooks and The Aquadolls put forth a trip out, pop punk vibe as they discuss love, opening your mind and hating being a teenager.

OC based indie label Burger Records released their debut album Stoked On You in December 2014, which peaked at #10 nationally on the US CMJ chart.

“Girl Riot” is an anthem celebrating the strength and courage of any woman having to fight against what society expects you to accept, whether it be wage inequality or double standard social norms."  -Melissa Brooks.

The Aquadolls in part, recreate the sound of seventies punk, whilst sounding modern and relevant. Part pop, part punk, 'Girl Riot' has the energy, attitude, and message, you would expect from this type of music, and enough heart and sincerity to carry it off.