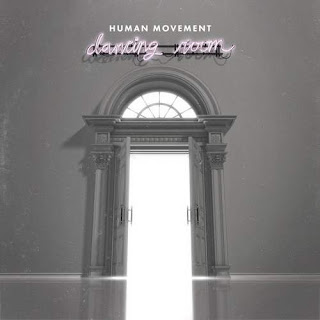 Human Movement - Robots Have A Voice.

Background - Last week Australian duo Human Movement, released the first taste of their upcoming debut EP, "Dancing Room," with a one-two audio-visual punch for the title track. Lead single "Dancing Room" reassured eager fans that the 19 and 21-year-old duo still have a Midas touch when it comes to poignant dance floor hits, while the music video granted them a first time look into the Movement.

Looking forward to the remainder of the EP, fans can anticipate the debut of two remaining tracks "5:00 AM" and "Better Off Dead," the latter of which features a team-up with hype-worthy Deadmau5 signee Eekkoo.

'Robots Have A Voice' is my personal favourite of the two tracks from the EP shared so far. It's no surprise that the duo Human Movement have gained so much attention, their imaginative music and quality production, makes tracks like this an audiophiles dream. 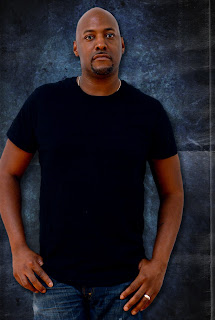 Background - As a prime mover on New York’s downtown “No Wave” scene in the early 1980s, Tomás Doncker cut his teeth as a guitarist with such genre-busting groups as James Chance & The Contortions, Defunkt, J. Walter Negro & The Loose Jointz and many more. Eventually he went international, touring and recording in Japan with jazz pianist Masabumi Kikuchi, and producing studio and songwriting sessions with Boosty Collins, Yoko Ono, jazz saxophonist Sadao Watanabe and Grammy-winning producer Prince Charles Alexander, to name just a few. Since then, Doncker has continued to work with an A-list of iconic musicians, including Ivan Neville (on his solo album Thanks), Bonnie Raitt, Meshell Ndegeocello, Living Colour lead singer Corey Glover, former P-Funk keyboardist Amp Fiddler…and the list keeps growing. In 2008, he produced and released Inside Out, and followed that with The Mercy Suite, a collaboration with Pulitzer Prize-winning poet Yusef Komunyakaa.

The summer of 2013 was quite exciting for Tomás. He was invited to perform again at NYC’s Summerstage for 11 shows. He co-wrote and was the musical director for performance artist Marla Mase’s multi-media dance concert, “Speak.” He was also the musical director and a featured performer in “Diablo Love”, a fantastical love story with live music that re-imagined songs made famous by American Blues singer, guitarist and harmonica player, Howlin’ Wolf. He also wrote original compositions for this show with legendary director Alfred Preisser. founder of The Classical Theatre of Harlem and currently the artistic director at Harlem School of the Arts.

The new and extremely potent release inspired by the Charleston Massacre; Tomás Doncker's "The Mess We Made" (released December 8th) is a racially charged epic that shows his unshakeable political views. Doncker is a renowned New York blues/soul artist. On "This Mess We Made" he gives all of us a glimpse into the bitter realities of modern America.

'Some Ol Dolls' is the first song on the new album, and is a clear foretaste of what's to follow. There is a powerful charge to each song, underpinned by a mixture of incredible blues music and the soulful voice of Tomas Doncker. It's music with a message, delivered with feeling, and superb musicianship. 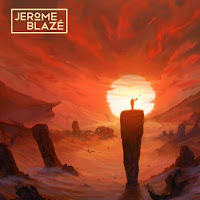 Background - The Battle of Lone Pine is one of the most famous assaults of the Gallipoli campaign, and this was the inspiration for the track from start to finish.

Tucked away in the picturesque Southern Highlands of New South Wales in Australia, Jerome Blaze began writing and producing music in a self-made studio when he was only 14, where he continues to hone his creative talent today. Gifted with a producers ear, an intrinsic ability to cohesively fit sounds together, along with the love of poetry and literature which is evident in his lyrics Jerome creates music which is relatable and conjures a vast array of emotions, unique for every listener.

'Lone Pine' is one of those refreshing surprises. Jerome Blaze creates a vast landscape of sound, that builds into a synth laden fast paced piece. Vocals are sensitive and kept to a minimum, as the music production increasingly demands your attention.