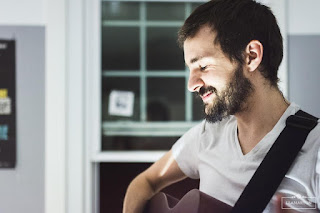 Daniel Amedee - Everything Will Change.

Background - Daniel Amedee is living proof that a musician can be from New Orleans, but not necessarily be of New Orleans, a distinction that courses through his quirky, eccentric songwriting style, informed by a haunting bluesy vocalese that scratches the soul somewhere between Tom Waits and Captain Beefheart, and certainly belies Daniel’s 28 years. In fact, he’s been at it – writing and producing his own music (and getting by with a little help from his friends) since age 14. Which prompts the question: How and where did this unassuming bundle of talent come to be inhabited by the avant garde spirits of progressive rock and guerrilla classical that suffuse his debut CD, Themes From (ExPat Records, 2011) and it’s follow-up Climbing (Arabella Music, 2013).

After the release of Climbing in 2013, Daniel has spent the last two years touring the United States and Canada. He’s performed from LA to New York, from Vancouver to Montreal, and everywhere in between. He was joined for a period by vocalist SE and the duo released a live record Soul With A Body in July 2014 of a concert at HotSpot in Waynesboro, VA.

I think it's probably the music that made me play this song for a second time. Its just got that little something extra to it, that made me really take note. Daniels vocals just add some more, they feel natural and at the same time a little less mainstream. Put together you get a fine song, one of five good ones, on the EP. 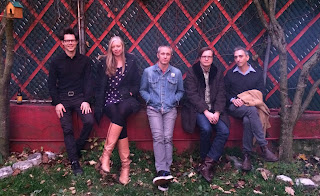 Background - Great Lakes formed in 1996 in Athens, Georgia and has been based in Brooklyn, NY since 2002. The band has released 4 albums. A 5th record called Wild Vision will come out in January 2016 on the band’s own label, Loose Trucks. For this new album singer-songwriter-guitarist Ben Crum reconvened the same lineup of musicians who helped him make 2010's Ways of Escape: vocalist Suzanne Nienaber, drummer Kevin Shea, bassist David Lerner and keyboardist Joe McGinty.

While Great Lakes' early records traded in a whimsical, light-hearted psychedelia, with their 3rd and 4th albums, 2006's Diamond Times and 2010's Ways of Escape, the band gradually gravitated toward more personal songs, with a darker tone. That pattern continues with Wild Vision. Of the band's musical evolution, Crum explains, "I feel like I'm past the point of citing influences, or of discussing what happened that made me go from writing carefree psych-pop to this much darker, weightier music I'm making now. What I can say is that I’ve been doing this for 20 years, and every album I've done has been a carefully deliberate artistic statement, for better or worse."

Put simply if you like 'Swim The River' the new album is a must have. It's packed with high quality songs and musical craftsmanship, from a band that have clearly honed their individual and collective talent. If I write any more it could get 'slushy', so just give them a listen. 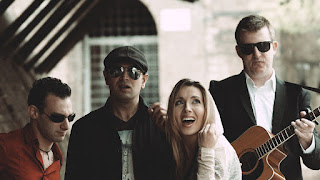 Background - Indie pop gem, Crossroad Y from Sydney, Australia, invites you to indulge in the catchy and uplifting sounds of their new single ‘Summer Days’ from their first EP out on the 30th December 2015.

The song is a hopeful anthem about breaking away from things that have been holding you back. “It’s about acknowledging that your past is in the past and finding the strength within you to pull through the tough times to see the better day” says vocalist Joanna. The track features Fabian and Joanna’s voices standing out as lead vocals as well as intertwined in beautiful harmonies. The bright layered guitars, punchy yet warm drum beat and airy bass guitar encourage the listener to lose themselves in the story.

“We wanted to write an encouraging tune to help those struggling with different things in life to see the light and know the bad moments will pass, to breathe in the fresh air and not fear the occasional rain, for it can wash you clean” says Joanna. ‘Summer Days’ was composed by John, written by Joanna, John and Fabian, produced by multi-award winning songwriter, composer and producer Jeff Cripps (The Vines, The Atlantics) and mastered by Don Bartley (Abba, Cold Chisel, INXS, Sex Pistols, David Bowie, Duran Duran).

'Summer Days' is indie pop at it's finest. A good song, uplifting vocals and harmonies, and a musical soundtrack that just gets on and provides the foundation for great pop music. Play it and try not to smile!