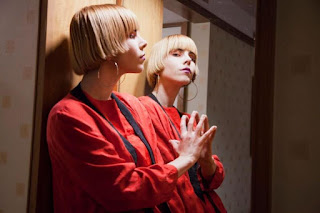 Ziemba - It Curls Itself.

She was artist-in-residence at the French Institute and Culture Vultures in Fez, Morocco, and is curator of performance art series "Casings and Treatments." She has composed original scores for Lisa Parra Dance and Karen Harvey Dances, and has recently had several songs featured on season 2 of Comedy Centrals Broad City. Her debut full- length Hope is Never is set for digital/tape/vinyl release via Lo & Behold records on June 24th, 2016.

There's stripped back songs and then there are really stripped back, and totally exposed songs. 'It Curls Itself' is refreshingly the latter, a vocal piece of beauty and originality. The full length album is awaited with great interest. 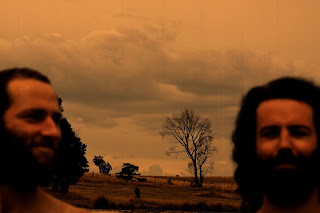 Background promo - The origins of Melbourne progressive alt-indie rockers Desert Bones can be found in a place anything but the barren landscape their name suggests. It was high in the hills of central Victoria under the dark shadow of Mt Macedon that Bracken Blake (vocals, guitar) and Mat Evans (drums, bass, vocals) started cooking up elements of their powerful debut album Shy Existence, set for release this year. The first single, “Hard Life” was conceived in these pristine surroundings looking down upon an ever-expanding city skyline, and the soaring alt-indie gem is set to announce them as one of the fiercest new acts on the independent circuit.

After spending more than two years fine-tuning their material Desert Bones come out swinging with the release of “Hard Life”. The acoustic driven intro manages to lull the listener into a false sense of security before it explodes with some mighty progressions and intelligent song writing. The leviathan intensity of the chorus comes like a rock thrown through a stained glass window and will loop in one’s head from the first listen. Bracken’s gravelly, emotion filled vocal ability is on full display throughout the track, his song writing channelling the likes of Bruce Springsteen and Bob Dylan.

Bracken says the lyrics for “Hard Life” came to him while fishing on a jetty in Broome WA. “This was actually one of the few songs I had the lyric for before picking up a guitar,” Bracken says. “Once the guitar was in my hands the song literally came together in under ten minutes. It was originally an acoustic finger picking song, but once I moved back to Melbourne and started jamming with Evo again we messed around with the structure, beefed it up and gave it some muscle, and there it was.”

“Our music and songs seem to be evolving every time we play them, were always writing and re-working different parts” Mat explains of their approach. “I think it makes the tracks more interesting for us and hopefully the listener”

“Hard Life” is a solid introduction to Desert Bones for fans of progressive indie-rock. Rest assured, their follow up material and debut forthcoming album Shy Existence will lead them down a path that’s sometimes dark, sometimes uplifting and completely unpredictable.

This for me, is one of those no nonsense, living in the real world type songs. 'Hard Life' has commitment both vocally and musically, it's heart and passion rolled up in a song. 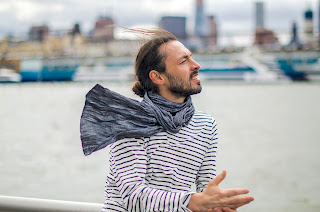 Background promo - Aukai is a Hawaiian word meaning seafarer or traveller. It’s also used as a proper name, and people who are called “Aukai" tend to have a mystical, philosophical, introspective nature. All of which makes Aukai the perfect name for the new album and project by multi-instrumentalist and composer Markus Sieber. It’s a collection of ambient acoustic soundscapes that take the listener on an inward journey to a place of stillness and tranquil beauty. His debut self-titled album is set for a June 3rd release.

Sieber’s own journey has been an eventful one. Born in Germany, he played in bands as a part of East Germany’s vibrant ‘90s rock scene before shifting his focus to work as an actor in Berlin and St. Petersburg. A life-changing move to Mexico put him in touch with more indigenous-leaning music, awakening a new musical mission that led him to circle the globe many times.

Aukai was born of his desire to create a new kind of music that could work in tandem with film, video, theatre and the visual arts. The compositions on the album also grew out of Sieber’s love affair with the ronrocco, a plucked string instrument from Argentina that Sieber first discovered through the music of film composer Gustavo Santaolalla (Babel, Brokeback Mountain). He began sketching out compositions while travelling the world as a touring musician. But Aukai really came together in the quiet solitude of a winter spent in an isolated mountain cabin in La Plata Canyon, Colorado.

From there, the project shifted to Berlin, where Sieber recorded the basic tracks for Aukai at Martyn Heyne’s recording studio with a variety of analog gear, pairing the ronrocco’s sonorous tone with his evocative guitar, piano and harmonium playing. “The vintage equipment gives the music a real physical quality,” Sieber explains. “You feel like you could almost touch it.”

He then called upon an international cadre of musicians to add their own tonal colours. Berliner Anne Muller (Agnes Obel Band, Nils Frahm), played cello. Bogdan Djukic from Belgrade played violin. Sieber’s wife, Angelika Baumbach added piano to several tracks, and his brother Alexander Nickmann contributed electronic keyboards and sound design. Another key player was Sieber’s longtime musical collaborator Jamshied Sharifi, the New York musician and composer noted for his work with Laurie Anderson, Sting, Dream Theatre and the Montreal Symphony, among others. Aukai was mixed in Berlin by Martyn Heyne (who engineered Nils Frahm’s Spaces album) and mastered in London by award-winning engineer Mandy Parnell who has also mastered discs by Brian Eno, Bjork, Max Richter and many others.

I'm conscious that we do not feature enough instrumental music on Beehive Candy, and so it's an absolute delight when something as beautiful as 'Cachoeira' by Aukai comes along. It's only one of two songs I have heard from the forthcoming album, both are a sheer delight to listen to, hope you also enjoy.