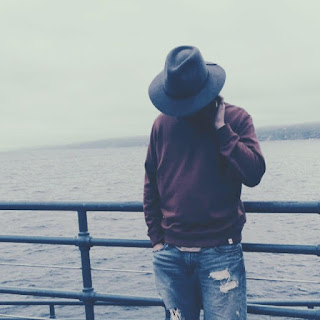 Background Bio - Prison Escapee is the moniker of Erik David Hidde located in Los Angeles, CA. After running the independent record label, Housewarming Records, out of New York from 2011-2013, Hidde has since decided to put all his focus into his original music. Inspired by equal parts post-rock, electronica, lo-fi field recordings, and film soundtracks, Hidde has been investing the hours into his music when he returns home from his day-job until he puts himself to sleep. Both his debut and sophomore albums were written, recorded, produced, and mixed in his living room.

Hidde was raised in Fort Hunter, a hamlet located in upstate New York by a christian family, which is represented in his music. Surround by water, Fort Hunter is also a common subject in his music, which subject matter often includes reflecting back on his childhood. Other subject matter includes loss, which is centred around his close friend's prison cell suicide. Hidde was brought up singing in his church, and all-county chorus in grade school. The first music he ever produced was in college, and was part of his multimedia degree. It wasn't good, but it brought something out in him and also filled a void. He then went on to record short looped songs using a digital camera microphone for his vocals, and later created original music dedicated to his late friend. He was also the lead singer of a five-piece rock band that often played in upstate New York. After years of writing, recording, and practising production, he started Prison Escapee in 2015 and has since been releasing his melancholic electronic, rock songs.

What a delight the song 'Gunslinger' is. In the ever crowded music world, it's always very good to hear music that is made out of appreciation for the art, and that remains unpretentious, moving and so accessible. 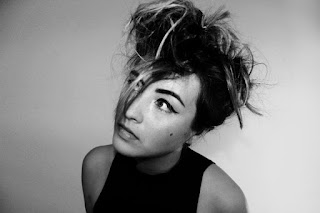 SPC ECO - Out Of My System.

Background promo - SPC ECO  release lead single "Out of My System"  from upcoming album "Anomalies" (Saint Marie Records), August 19th, 2016. It was less than a year ago SPC ECO (pronounced Space Echo, a name that’s part riddle & part publicly-traded stock) released Dark Matter to ecstatic reviews, and here they are back already with Anomalies. Dean Garcia, famously of Curve, and singer Rose Berlin, famously of SPC ECO, are on a creative hot streak. With yet another album scheduled for later in the year, there’s nothing left for Saint Marie records to do but sit back and enjoy the ride.

Anomalies continues the parade of alternate-universe pop hits they’ve come known for, existing somewhere beyond genre, somewhere beyond understanding. Its beats provide the missing link between trap and trip-hoptrap-hop? The sharpest father-daughter team since Ryan and Tatum O’Neal in Paper Moon. And if you’ve never heard of Paper Moon then that must mean SPC ECO is very sharp indeed.

'Out Of My System' is the first taste of the forthcoming nine song album. It only hints at what's in store on the album, where SPC ECO dig even deeper, and create music that fills entire landscapes. Saint Marie Records suggest they are on to something special with the August release, having listened I think it fair to say, that they are not overstating matters. 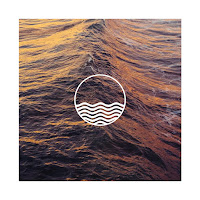 Background words - "An eclectic mix of indie pop / house vibes with bottle taps and other wild percussive elements, "Still Here" is a summer jam with a nostalgic feel."

Closely was formed accidentally. Michael posted on Kijiji looking for a female singer for a project he was working on & the only response he got was a male guitarist (Joel).

Michael and Spenser were writing slow, dreamy pop and Joel was writing electro jams. After a few practices and a lot of experimenting "Closely" was born.

'Still Here' is my first taste of Closely, and the promo we received does not give much away either. It's a good song, with excellent production, and as summer jams go, a generous offering.