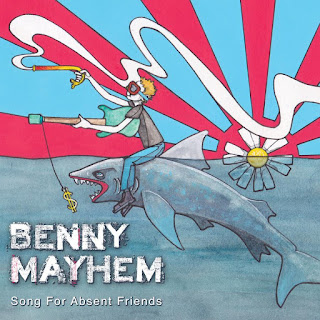 Background promo -  Benny Mayhem has covered a lot of ground, literally and figuratively. Written in a hotel room in the Austrian Alps, his latest single 'Song For Absent Friends' is both a tribute to and a product of, the songwriter's considerable world travels. From being a guitar-strumming teenager in his bedroom at the turn of the millennium, to a decade as the shirtless-and-writhing frontman of Perth rock monsters Project Mayhem, to performing 450+ shows in nine countries worldwide... the musical journey of Benny Mayhem has its own overfilled passport.

From a home base on the west coast of Australia, Benny Mayhem has toured the world in a way that few other artists have considered... as a wandering troubadour. And through this lifestyle choice, Benny has toured continental Europe twice and the UK thrice; working his way up from busking outside tube stations to the UK's festival circuit within two years. But, more importantly, he has met people and seen places that have changed and forever enriched his life.

Both a hook-laden sing-along and a song from the heart, 'Song For Absent Friends' is an ode to the people that have helped shape Benny's journey and, indeed, the person he is today. Equipping himself with a new live band, 'Song For Absent Friends' finds Benny embellishing upon his trademark folk-punk sound with some Sunnyboys-style Australian power pop and a touch of Californian punk. And why not indeed...

From here on, Benny has two touring formats: solo and full-band; both of which will visit Australia and Europe over 2016/17. And as he already prepares to get back on the road, Benny will be studio-bound, adding the finishing touches to his most interesting and personal album to date. Nostalgic, yet ushering in a new era, 'Song For Absent Friends' headlines this fresh chapter in the tale of Benny Mayhem while recapping the story that came before it. It is the perfect introduction of the shape of things to come.

Vocally it's a little bit folk, and musically it's fairly power pop as mentioned above, however combining both elements 'Song For Absent Friends' can't help but have that folk punk feel to it, mostly in this case due to Benny Mayhem's vocal delivery. What matters though, is that it's a fine old song.

Background - Woods & Water was written while experiencing an unfamiliar juncture in life and it's the first you'll hear of the new album 'Deer Friends'. Lacking understanding and a sense of personal direction, the tune describes the search for familiarity. The rediscovery of people and places who make us feel whole, safe and grounded. The song is driven through memory and nostalgia, pulling on emotional connections that shape a person.

Our debut album, 'Deer Friends', is heavily rooted in the merging of two themes, our love for Mother Nature and a love for human connection. These themes are what flows from one song to the next and what we hope you begin to get a sense of with this first song. In this song we celebrate the interweaving of nature, love, friendship, moments, and memory. The album 'Deer Friends' is due out July 29th via our friends at IndoorShoes.

'Woods & Water' typifies the overall high quality of Limestone Chorus's debut album. This is a band who clearly love their music and deliver a mixture of alt rock through to Americana type songs. It's easy on  the ears, however some of the songs get quickly through to the heart. 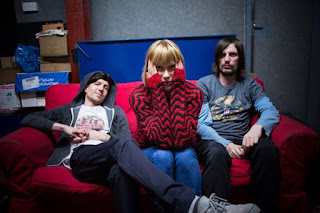 Formed in Leeds 12 years ago, but like Gang Of Four, born in a variety of other places, Cowtown are made up by David Michael Shields (drums), Hilary Knott (keybass/vocals) and Jonathan Nash (guitar/vocals) and play econo, dynamic, over-stimulated rock music that embraces a heavily abridged history of rock n’ roll. Serious about fun, the band are a firm favourite of BBC 6 DJ Mark Riley, performing music with an emphasis on positive expression and confronting collective anxieties, creating live shows that focus on what they enjoy and discarding the rest.

Picking up from 2013’s Dudes Vs. Bad Dudes (released by TAAE and the band’s own label City Hands) their latest offering is wildly economic, clocking in at 23 mins across 12 tracks. Drawing influences from bands like The Coneheads, Devo and The Breeders, as well as films such as Teen Wolf and Ghostbusters, songs are later distilled into their absolute fundamentals. It’s not about what they want but what they need, with the delivery being as urgent and tightly wound as possible.

Paranormal Romance was recorded amidst the floods that swept through the city last winter by Matthew Johnson (Hookworms/Suburban Home) at the band’s practice space, Tranquility Base and later mastered by Tom Woodhead (Forward Russia) with artwork by fellow Hookworms pal Jonathan Wilkinson a.k.a Idiots Pasture. The album encompasses the centralised DIY affair that Cowtown have come to epitomise as one of the longest running bands to come from the LS6 area. Jamming econo, recording econo and propelling themselves econo.

'Tweak' is a blast of punk rock'n'roll with hooky vocals, and harmonies that fits really well, even if they remind me immediately of a classic Bangles song. Mind you with the whole song, coming in at around one and a half minutes in total, you hardly have time to notice! 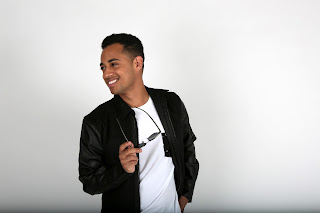 Justin Llamas - Got It Out For Me.

Background - “I’ve always been an artist...and art can be expressed in so many differ-ent ways.”
Originating from the Bay Area, Justin Llamas is an emerging Pop artist who describes his style as “edgy and aggressive with a dark undertone.” He first emerged online in 2010 when he started uploading covers to YouTube. In only a few years he gained over 2 million video views and a loyal fan following. His most popular video to date, a cover of Sia’s “Chandelier,” gained so much attention that it was even shared by the original artist on most of her social sites, gaining over 700,000 views.

Justin’s voice has been described as a “melting pot” of Pop, R&B, and Alternative Soul--which he considers to be the result of his mixed up-bringing and widespread interests growing up. From music to dance, and comic books to animation, he believes all of his interests have shaped him into the eclectic artist he is today. His electrifying talent caught the eye of Vena Brewer, previous man-ager of Grammy-nominated artist Keyshia Cole. With a storytelling voice and an unstoppable drive, Brewer believes Justin to be the next big artist to ambush the music scene.

Now, Justin is releasing his first original project with his debut EP Gold. The EP’s title song features vocals from multi-platinum artist Amina Harris, while the EP’s title itself was inspired by the California Gold Rush and the “journey” those make to follow their dreams--something he considers a necessary step in his own life.

'Got It Out For Me' is the first song on Justin's five song debut EP. It's honest pop music and does not pretend to be anything else. What really works for me is the mixture of mature understated production, and the overall focus on Justin Llamas vocals. With so much #### in the Top 40 charts these days, surely there's room for a song like this, to raise the standards.