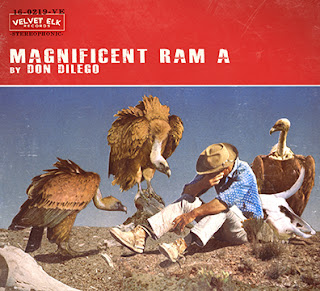 Background - Magnificent Ram A, the new album from musical troubadour Don DiLego, out last week via Velvet Elk / One Little Indian Records. Seeing  it’s roots form in Portland, OR with producer/engineer Gregg Williams (Blitzen Trapper, Dandy Warhols, The Decemberists), and wind it’s way back East to the wooded Pennsylvania retreat that is Velvet Elk Studios, DiLego has released a stunning collection of songs, laced with gorgeous melodies and haunting vocals.

Many of the original sessions found their way onto his last album, 2012’s Western & Atlantic, which won an Independent Music Award for “Best Roots/Alt Country Album.” The remnants of those original sessions form the foundation of a project he’s long thought about…a collection of click-track free analog recordings that embrace their imperfections and happy accidents.

On the heels of producing the recent releases from Jesse Malin (New York Before the War, Outsiders) and Hollis Brown (Loaded, 3 Shots), Don set aim at finishing the album that’s never been far from his mind. An album that would be, perhaps, less meticulous in process than his critically acclaimed Photographs of 1971.

From the thunderous drone of the opening track “Karma King,” to the more intimate and personal one-take vision of “Idiot Heart,” it’s his most ambitious set of recordings to date.

From the new album Magnificent Ram A, we feature the single edit of 'Drive Like Pirates' which is one of ten good quality songs on the album. It's a varied collection of music that leans towards Alt Country & Americana, but is happy to stray beyond those confines, leaving the listener wondering, quite whats coming next. Anyhow if those sort of genres grab you, then grabbing this album seems a reasonable action. 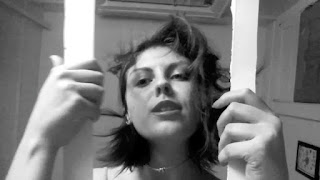 Background from Chris and Mercy - “Dress Up” is a new collaboration by Brooklyn songstress Mercy Weiss and Christopher Pellnat (us).

We would like to suggest a song that we believe is interesting, not because it breaks any new ground harmonically, musically, or in terms of genre-jumping or genre-erasing,  No, this song is interesting simply because it makes you smile.

And it's not a smile of derision or condescension (we hope).  "Dress Up"  is a fun boy-girl duet with impish charm - no "irony" and no apologies. We are unsigned and DIY.

'Dress Up' is pretty well summed up by Mercy and Chris above. It's also pleasing to see that a good number of folk have already had a listen. Just to add my penny worth, it's a sweet, fabulous duet, and the understated production, exposes the real talent of this fine duet. 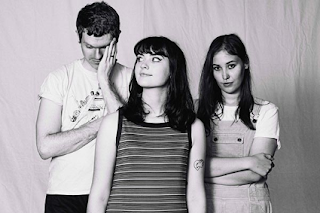 Background promo - Drenched in Brisbane pride, power pop-rock outfit Babaganouj have grown a legion of fans since their 2011 inception. While keeping with their distinctly Australian style, The Nouj’s sound is reminiscent of Teenage Fanclub, The Pains of Being Pure at Heart, and Yuck, taking inspiration from Creation Records and Flying Nun classics.

In 2014, the band gained national radio attention with their releases ‘Too Late For Love’ and ‘Bluff’. This success took them on headlining tours, as well as prominent billing on The Blurst of Times Festival tour. Driven by Charles Sale’s signature on-stage power lunges, the Triple J Unearthed favourites have supported the likes of The Preatures, Smudge, Veruca Salt, The Lemonheads, Northeast Party House and The Creases.?

Continuing their powerhouse rise, 2015 saw Babaganouj play at the inaugural Mates festival in Sydney, Brisbane’s Bigsound conference, and come in as finalists for Qmusic’s Billy Thorpe scholarship. They also released their singles ‘Can’t Stop’ and ‘Hit Song’ to a head-boppingly enthusiastic reception.?

With their EP “Pillar of Light” released earlier this year the trio have undertaken the ambitious project of recording another two EPs in 2016. By undertaking three releases in 2016 the band will expand the scope of their craft, showcasing each members vocal and songwriting talents. This has allowed the band to focus their power-pop racket while exploring new styles and themes. In everything ‘Nouj produces are infectious lyrics, intense riffs and unreal magnetism.

The new single “Sorry” is taken from the second of three EPs due for release this year. 'Sorry' showcases rhythm guitarist Ruby McGregors undeniable song writing ability and sugar sweet vocal skills. Their 2nd EP for 2016, “Hard to Be” is due for release in early August.

We featured Babaganouj a while ago, and 'Sorry' well deserves a feature. It's a feisty song, mixing power pop and plenty of rock, beneath the perfect fit vocals and harmonies. Another play again song.