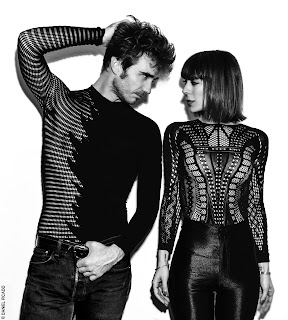 Velvet Kills is a thoroughly modern and urban endeavour, speaking directly to today’s society - with all its anxieties, addictions, destructiveness as well as  exhilaration.  You'll find in their driving beats raw emotion, and a terrific darkness. The sound is complex, almost abstract - a combination of cinematic textures, gritty guitars, and potent vocals.

The group's music and attitude, both have  been shaped by the influences of bands and artists like Joy Division, Alan Vega, Malaria!, Kas Product, Iggy Pop, The Clash, and Lou Reed. The group came to life in 2015, beginning with a chance encounter on a trance dance floor where Susana and Harris discovered their mutual love for rock, synths and beige Steinberger guitars. Velvet Kills has since gained a steady following, leading to their debut EP, Memory released in March 2016.

The EP may have been around for a few months however as the song 'Red Shoes' demonstrates, the duo create some superb if dark music. So apologies for being a little behind the curve with Velvet Kills, you can keep informed and up to date, on their Facebook page here. 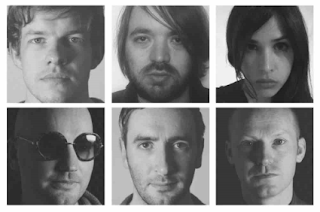 The band began in 1999 when they were teenage dreamers. Inspired by Mancunian legends of yore and a contempt for the dying grandees of Brit Pop. “I was out to try and create great music, but sometimes I guess it was art terrorism,” says Nick Alexander.

“We knew we'd have to create our own different world to inhabit. The idea was that the right people would come to us... we wouldn't have to go to them and force something down their collective throat,” explains Dom James.

As of August 19, the ‘Barrington Way’ LP will be released on 12” vinyl and digital download via Leonard Skully Records. It is already available for pre-order (vinyl) and will be also a free download on Politburo’s Bandcamp site. The band has also announced a U.K. tour, including the following dates:

Title song 'Barrington Way' gives the listener a pretty clear idea of what to expect on the ten song album. It's a wonderful collection of psychedelic songs that transport those of us old enough back to the swinging sixties. The band retain enough modernity to make the songs both relevant and quite timeless. With unashamed nods towards early Pink Floyd and Hippy era Beatles music, this is a "fab, groovy and hip collection of far out" songs (OK so the expressions are well dated). Put simply, I love this album. 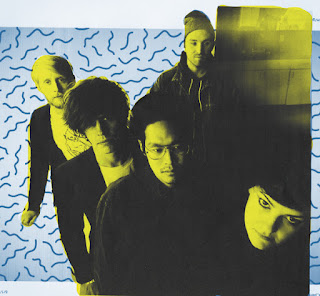 Background - Four great bands, two great labels and two continents meet on this stellar mini-LP. Frequent collaborators Slumberland Records and Fortuna POP! team up to bring you 'Continental Drift,' a smashing eight song sampler of some of the finest pop out there in 2016.

Philadelphia's Mercury Girls are one of the most talked-about new bands in ages. Featuring members of Literature, Little Big League and Pet Milk, Mercury Girls have a gorgeous, layered sound that combines post-punk dynamics with soaring/jangling guitars, fantastic melodies and expertly-arranged tunes. Their recent single "Ariana" turned a lot of heads, and their two contributions contained herein should make us all quite excited for their in-progress debut album. Be sure to catch them on tour in October/November with Balance & Composure and Foxing, full list of tour dates below.

We have already featured Baltimore's Wildhoney and their contribution to the forthcoming eight song sampler and now it's the turn of The Mercury Girls. 'Holly' is typical of the bands feisty and melodic music. Vocals and harmonies add the melody above wonderfully jangly guitars, whilst the energetic rhythm section positively drives the song!