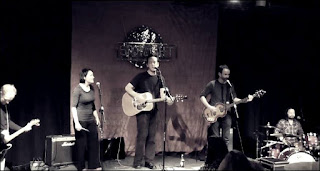 The Low Countries - The Invisible Ray.

Background promo - The Low Countries, until 2013 an indie-folk duo, are now resurrected as a five piece band. They've just released the brilliant ‘An Extended Play EP’ following up the Libera Awards nominated 'Sun Street (2015)'. It’s a kind of comeback for Nigel and his songs, Six Of The Best from the Low Countries – songs re-imagined and given the full band experience recorded in a pro studio assisted by a band of great musicians, people and friends.

The band came together to help Nigel and Els perform at the launch of their final album 'The Invisible Ray' (2013). This proved to be so enjoyable they found they couldn't stop. Nigel, feeling 'songed out' and a bit mental at the time, was then persuaded by the rest of the band to enter the studio and record six of the best. A last hurrah that sounds amazing...

Nigel and Els formed the Low Countries in 2007 and they've released 8 or so albums and other sundry songs, often to immense (is that the right word?) critical acclaim. The Low Countries - An Extended Play EP, Nub Music, 24th July 2016.

The second of the six excellent indie folk songs on the 'An Extended Play' EP, 'The Invisible Ray' highlights the overall quality of this fine collection of songs. For me the often vibrant indie folk genre, does at times see the media focus in on a current "flavour of the month", in turn creating a wave of copycat acts. The Low Countries have always been far more than a short term focal point, creating blissfully wonderful music, along with a few influences for others to aspire to. As "last hurrah's" go, this EP is quite special. 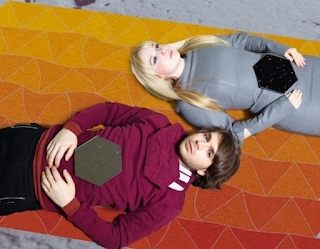 The band recently gave an insight into their vivid and fully realised world with the animated video to the track ‘Battles’. The video hints at the narrative that began to unfold as front man Jonathan Graves was writing the record. Each track tells a different part of the story, taking the listener on a true journey through Corbu’s vibrant imagination. Despite taking inspiration from science fiction and psychedelia, the album also pulls from the band’s real life experiences to create a body of work that is both otherworldly and deeply personal.

Crayon Soul is produced by Corbu and mixed by Dave Fridmann (Tame Impala, MGMT, The Flaming Lips). It follows two acclaimed EPs, We Are Sound and Everything You Imagine Is Real, which garnered praise from the likes of Nylon, Stereogum, The Guardian, NME and more, as well as capturing the attention of Jessie Ware, who personally requested the band to remix her song ‘You & I (Forever)’.

Second time around on Beehive Candy for Corbu, this time with the new song 'Better Better Off'. The rhythmic, semi psychedelic sounds, swirl along with the vocals, before taking centre stage and becoming delightfully hypnotic. All bodes well for the new album in August. 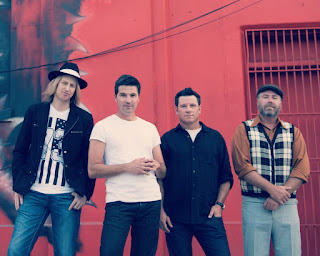 Background bio - Over the course of multiple releases, Tampa Bay's Four Star Riot has consistently delivered stick-in-your-head pop/rock choruses. Now the band is preparing to release its strongest effort to date, a full-length offering Waves due out at the end of Summer 2016. The first single "Waves" has gained steam with a soft release in January including a DIY video in time for spring break.

Four Star Riot has opened for national acts such as Bon Jovi, Maroon 5, Train, Lit, Living Colour, Eve6, Jimmy Eat World, among many others. The band’s songs have been featured in television and film, including ESPN, MTV, and the record-breaking film Deadpool in 2016!

In past years, they have performed at SXSW, 97X Next Big Thing, 98Rock Livestock, as well as the Atlantis Music Fest and the Florida Music Festival. The group has also garnered multiple awards and kudos from the hometown press, and national ink in outlets like Music Connection and Relix.

'Torn & Tattered' was I am told, written while the band waited out a record-breaking 22 continuous days of storm last year. It provides a good flavour of what to expect from the forthcoming ten track album. Overall it more rock than pop, but that does not stop the band, putting some serious hooks and choruses in. I would say it's a fine song from an equally good album.