Background promo - Cardiff-based DIY pop imprint Odd Box Records are releasing the brilliant new 7" - Coco Sleeps Around - from Oxford's insatiable Rainbow Reservoir. With the full EP to be released September 10th the band are now sharing the title-track from the new record.

Despite being a relatively new band this is melodic power-pop at it's absolute best and is sure to thrust the band into popular acclaim. On one side the track is sublime, quirky pop but there's a feisty, angst-ridden undercurrent beneath the track. If you're a fan of Tullycraft, Cars Can Be Flue, Waxahatchee and Horowitz then this will definitely be your bag. Vocalist Angela was asked to describe their wistful pop, explaining that "it's punk in spirit and upbeat, has lots of rhythm, and can be romantic but with a dark side".

From the first note 'Coco Sleeps Around' demands attention. Rainbow Reservoir create a measure of punk angst surrounded by melodic hooks, feisty vocals and good old no nonsense rock. The four song EP is more of the bands most welcome and addictive music. 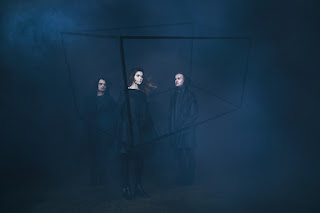 Background - Latvian synth-pop trio, Audience Killers, release the music video for their next single, "Patterns". The track is from the group's debut album, Floating Islands, which was released in May 2016.

Audience Killers create a fluid blend of synth-pop and electro-pop that often draws comparisons to Mew and Passion Pit. Their debut album Floating Islands delivers this and more with warm, inviting synths, dreamy guitar lines, and ethereal vocals. Petrovs's striking falsetto is sure to bring to mind flashes of M83's Anthony Gonzalez. Lyrically, Floating Islands acknowledges the idea that one person has the ability to affect the lives of many with positivity and inclination.

Audience Killers then released their debut EP Footprints And Heart in July 2012 and have since performed across much of Europe at The Great Escape, Reeperbahn Music Festival, and Tallinn Music Week, and released a standalone single, "Two Bare Feet," to much acclaim. This year's debut album release marks a major step for the promising Latvian band.

'Patterns' is a dreamy, atmospheric song that gently glides along, slowly building momentum until it becomes a melodic and vibrant piece (almost a case of three songs in one). The music video really is an ideal match. 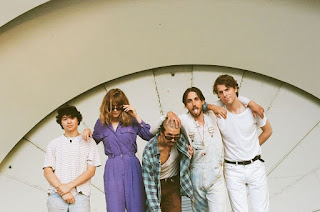 Background from the band - I'm a bit of a sap, I love the idea of Love. Is there true love? Do we create this love based on instincts or fantasies, or is love itself an instinct? When it comes to how love is created, I don't mind any which way, I'm just happy to have experienced, or at least to have witnessed it. I wanted to try to capture that with a warm music video shot on film, giving the impression of a long lost burgeoning romance captured on warm film, maybe found in a dusty box, on a dusty shelf somewhere, to be viewed with a smile, as a reminder, a vignette of the very thing that drives us. Our debut album comes out on September 16th via The Hand, we're calling it 'Welcome To The Future'.

Sunshine & the Blue Moon choose to experiment not only with sound, but mood as well, expanding their aural landscape beyond common signifiers. Blending influences and ideas from across genres and eras spanning from early blues, folk and country, to 60's rock and soul, through eclectic 90's grooves. One listen may place you on a rural road with your sweetheart, feeling the summer breeze as it rolls through the trembling leaves. While another might place you in a pulsing dream wanting nothing more than to escape the hot city streets, to shake and dance the through the night.

One of nine songs on the debut album, 'Sunshine & Lucy' gives a flavour of where the band go with their music, it's certainly not the only style you will hear though. For example the following song (Depression) is a mixture of funk, blues and energy. What's consistent is the really tight musicianship and some exceptional vocal styles. As debut albums go, this is of a very high standard, the band have set expectations high, and I reckon they will deliver on that. 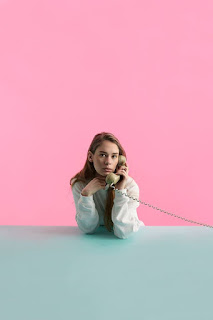 Background - Anna of the North is the music project of Norwegian singer Anna Lotterud and her producer Brady. She has just got off tour with Kygo and is a staple on Spotify playlists.

Originally from a small town north of Oslo, it was in Melbourne that she met Brady, and gained the Anna of the North moniker.

Two songs The Dreamer and Baby, have gained the top spot on Hype Machine, establishing a sizable listenership and following. The new song 'Us' confirms that Anna of the North are far more than a one two hit wonder!

'Us' is a smooth electro song with a hypnotic groove and Anna Lotterud wonderful vocals. In what is a crowded part of the music world, Anna Of The North stand out, in part because they focus on the key ingredients of the song and deliver an uncluttered and yet expansive pop sound.