Down Under Double: Ben Ford-Davies - Woodes 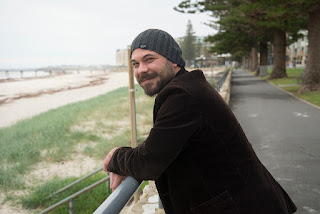 Recorded and produced by Nigel Grummet, Ronnie Taheny, and Ben Ford-Davies at Hiball Studios. ‘Vitruvian Man’ is based on the concept of Leonardo Da Vinci’s drawing of a perfectly uniform man and the idea that all his perfection is based largely on his connection with a universal formula.

Having made three different starts in three different states over the last decade, Ben has just returned from a successful debut 28-date tour of Europe. Teaming up with the Europe-based dynamo, singer songwriter Ronnie Taheny, his life has turned around and his career has been revitalised.

“Vitruvian Man is a great achievement for me as far as writing goes. I’m moving forward into a more contemporary realm and I am really loving the process and the journey.” - Ben-Ford Davies

It was in 1999 that Ford-Davies first left Adelaide to spend 2 years busking around Australia before settling in the idyllic tropical town of Port Douglas for the next seven. In 2009, Melbourne’s promising original scene beckoned and Ford-Davies followed. Those years gave us the In The City EP - 5 well honed and diverse tracks as well as his carefully accrued local audiences, his honed stagecraft and his songwriting skills; skills that can be observed on his aforementioned first full-length, semi-acoustic release; Papillon (2015).

'Vitruvian Man' is a fine song and something of a modern folk ballad. Beyond Ben Ford-Davies gutsy vocals, the musical arrangement adds further layers and creates a melodic atmosphere. Totally play me again material. 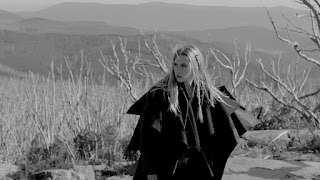 Background - Australian artist/producer Woodes has released the striking new video to her acclaimed hit single "The Thaw." Shot on location in Lake Mountain in collaboration with Josh Harris (Welcome The Machines), the clip showcases the unique wintery Australian mountains juxtaposing the trees with ice and snow.

Woodes explains her inspiration, "I wanted to shoot on location where it was possible. Shooting on location provides an array of new variables to work with, the main one being the weather, which we had to closely monitor in order to shoot up so high with drones. My favourite part is the final shot. It looks like a movie, a game or a painting but it is entirely natural and unedited. It gives a full scope of the beauty of those mountains, all built in layers on the horizon, covered in mist."

Woodes also worked with choreographer Courtney Hale to create flowing movement, which complimented her vision for the track. "For me personally I got to dance and incorporate movement to compliment my song. This was a great learning process, I found muscles I didn't quite know existed till after the shoot."

The music video for 'The Thaw' follows Beehive Candy featuring the song back in July. Woodes really does have a creative streak and releasing a video interpretation seems a good enough excuse to feature the song again.