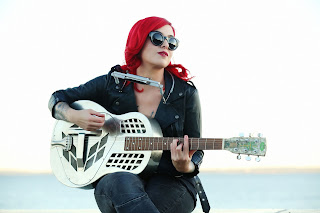 Christina Rubino - Down To The Sea.

Background - Brooklyn singer/songwriter Christina Rubino has a new video for a song entitled "Down to the Sea", off her upcoming full length album ''Godspeed and Guns" set for release on Valentines Day -February 14th 2017.

With the release of the Godspeed & Guns album, Christina Rubino brings a new feel to a classic genre. Lush with addictive progressions, soulful vocals, and an alternative edge, the record boasts the aesthetic of indie rock anthems. Though the songs are diverse from one another, there is a glue that holds it all together, much like a concept album would. Most importantly, the record never loses sight of the emotional platform great songs are built from.

In 2008, Rubino joined the all-female group Violator, a NYC based Depeche Mode cover band, as the lead guitarist. Throughout her time with the band, she loved the excitement of travel and live performance, but always longed to return to making original music. 2009 marked the transition by members of Violator to Josephine, an all-female trio in which Rubino, lead vocals and guitars, wrote and collaborated with drummer Tracy Thompkins (Aerial Love Feed, Violator) and bassist Leigh Regan (Violator). After releasing an EP with Josephine in 2009 under Feed that Baby Records, Rubino went on to write and record her debut solo record, Alive From The Scrap Heap in 2014 before returning to the studio for her 2016 Godspeed & Guns release. Facebook here.

The combination of Christina's soulful vocals and the driving piano on 'Down To The Sea' makes for a very atmospheric anthem. Adding in the supporting arrangement gives the song additional warmth, ensuring this is a memorable track. New album in February! 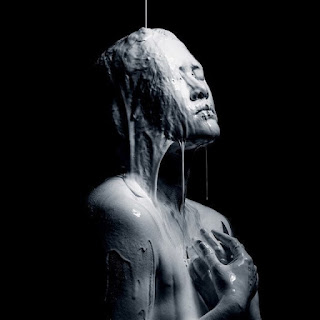 Background - After MILCK’s first single, “Devil Devil,” hit over 1 million streams on YouTube, landed on multiple TV shows and films including The Royals, Marco Polo, Lucifer, and Pretty Little Liars, and garnered her a spot on Shazam’s Watchlist, the Los Angeles-based artist found that her rebellious voice was gaining momentum. Her next single, “Quiet,” was released via iTunes and Spotify on January 18th, and feels perfectly timed as our newly elected leader has sought to silence any criticism he has faced and his egregious comments about women and minorities continue to circulate.

“Quiet” is a rally cry for men and women to not be afraid of their truth. It is MILCK’s self-proclaimed “thesis,” which she wrote as a rise against her own history of physical and sexual abuse, alongside pressures to fulfill commodified standards of beauty. “With this song, I feel like I'm finally allowing my truest inner self to be expressed," she says. "In this time of fear, propaganda and discrimination, it is critical for our individual and collective voices to be heard. With this song, I’m saying I am NOT the woman who is going to stay quiet where there are figures who promote oppression. I want to encourage others to give a voice to whatever they may have silenced, political or personal.” Facebook here.

'Quiet' is a wonderful song, that builds around a hook laden melody and the passionate and determined vocals of Milck. The piece follows the message of 'Quiet' in as much as, it's anything but, by the end. 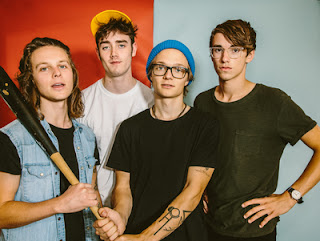 Background - Fresh from a breakthrough 2016 which saw them announce their debut record, ‘landmark’ Hippo Campus have unveiled ‘way it goes’ and its accompanying music video.

The single follows Hippo Campus recent critically acclaimed AA-side release ‘boyish/monsoon’, which marked the band’s first studio recordings in over a year and picked up substantial support from the likes of Annie Mac, Greg James, Huw Stephens, Steve Lamacq, NPR and more, whilst the tracks currently sit on over 1,000,000 combined Spotify streams.

One of the band’s most immediate songs to date, ‘way it goes’ is an exploration of the human condition and self perception, whilst considering the idea that the culture of cool is rapidly becoming something of a religion in its own right.

Discussing the track, Hippo Campus offered the following; "Set in early spring on a frozen lake in Cumberland Wisconsin, "way it goes" was a moment of clarity; a realization that we are comedy. We exist in a world where our main news source is a social media website. Materialism is our dogma. We seek to control the way our peers perceive us. We engage social issues as a backdrop for our personal drama. It’s the rare moments when we can escape from this artificial reality, that really matter." Website here.

Back in October of last year we described a Hippo Campus song as having "charm, energy, melody and enough hooks to explain the bands success so far". The new song 'way it goes' not only endorses that opinion, it moves it on some, with another fabulous and very catchy song. 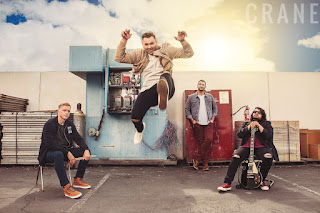 Background - “For a long time, Crane was just me recording songs in my room,” says the band’s frontman, Bobby Crane, “and it probably would have stayed that way if I hadn’t believed in what I was doing enough to leave my bedroom and get into the studio.”

Crane had it’s genesis in early 2016 at The Abstract Recording Studios in Los Angeles, when Bobby Crane began recording his debut EP with the help of young producers Mark Einhorn (former member of Portugal. The Man) and Jesse Rhodes. The interpersonal and creative synergy between the three was undeniable, and they knew they were on to something worth pursuing. Shortly after, Crane recruited drummer Billy Parks, and the four got to work on their live performance.

Fear of Flight, Crane’s debut EP, has a distinctly recognizable sound while also seamlessly incorporating elements from a wide variety of genres throughout the record, from electronic to hip-hop to punk. The band has been tirelessly working on the record for over a year, and is proud to begin their collective venture into the Los Angeles music scene and beyond.

Get a taste of Bobby Crane's ability to tell a vivid story through his lyrics with "Fast Life," a track that describes the quintessential tale of a girl who moves to Hollywood with stars in her eyes to chase attention and fame. Her life soon takes a grim turn, though, when she finds there is nothing below the glittering, superficial surface of stardom. In our era of obsession with likes and follows, the track can't help but feel relevant. Fear of Flight will be available on March 10th, 2017! Facebook here.

I do enjoy a fine storytelling song and 'Fast Life' is all of that and more. The melody and infectious vocals of Bobby Crane give the song it's edge, the forthcoming EP sounds like a good one.