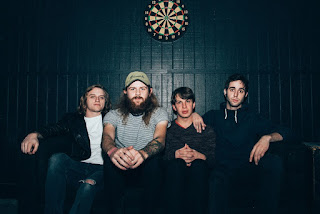 Background - Sorority Noise have shared "A Better Sun", the second single off of their upcoming record You're Not As _____ As You Think. The single follows the highly regarded first single "No Halo" which was released in January.

Sorority Noise write important songs. They go to uncomfortable places, unafraid to let the darkness in – but they’re also not shy at kicking back until the sorrow subsides. They’re songs of confusion, anger, life, death, mental health and, most importantly, hope. They’re what it means to be human.

It’s in this way that the album’s title comes into view, and it only takes inserting a few adjectives – sad, happy, rich, poor – to realize life is all about perspective. Hardships are inevitable, but so is hope. Rather than living in the shadows, Sorority Noise have learned the only way to move past the struggle is by never stopping moving forward into the sun. Website here, Facebook here.

We featured the bands first single a month a go today and the new song 'A Better Sun' tends to confirm that the forthcoming album is one to watch out for. If the first song was highly regarded, then the band have upped the stakes even further with this track. 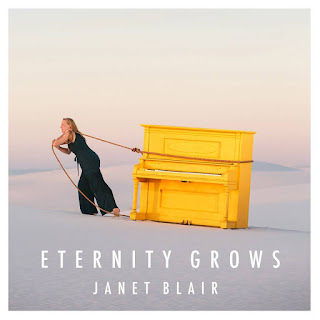 Background - Janet Blair is a captivating singer-songwriter from New Mexico, who built a bridge between her classical roots and pop-influenced songwriting with Songs for the Waiting, her forthcoming debut.

Janet brought her yellow upright piano to the middle of White Sands, NM to capture her single and album art which I love, and hope you do too.

Janet Blair never fails to explore an array of emotions, taking the listener through journeys of tragedy and triumph. Website here, Facebook here.

'Eternity Grows' is a melodic and delightful pop song. Janet Blair has a tuneful and playful voice that is comfortably matched to the song alongside that extra something. In this case for me it is palpable element of emotion, that became clearer with a second listen. 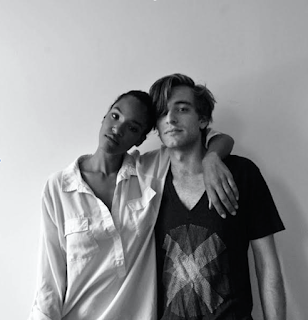 Background - Uruguay is a transient electronic band created by Stepha Murphy and Benjamin Dawson-Sivalia. Their music features hauntingly beautiful vocal melodies atop driving and atmospheric production, and is largely inspired by the duo’s diverse musical backgrounds as well as their experiences since moving to New York City.

Both Stepha and Benjamin have extensive, and largely self-taught, musical backgrounds. Stepha’s mother was a trained opera singer and began giving her voice lessons at an early age. She then began learning classical piano, by ear, at the age of 11 and continued playing for eight years.

The son of a violin maker and a vocalist, Benjamin grew up playing drums, guitar and piano. He studied jazz saxophone in college, going abroad to London and Barcelona where he began to simultaneously delve into production and classical guitar.

After meeting in North Carolina the two moved to New York City to pursue careers in modeling (Stepha) and music production (Ben). Moving to NYC proved difficult as they were initially scammed out of their savings, leaving them homeless.  They endured further triumphs and difficulties, which laid the groundwork, and need, for creative expression that eventually manifested itself as Uruguay. Website here, Facebook here.

I personally feel that if you can create some atmosphere and intrigue within seconds of a song beginning, then you certainly have a pretty unique and desirable piece on your hands. 'Sabrina Segment' did it for me, what about your wonderful self (as all Beehive Candy visitors are). 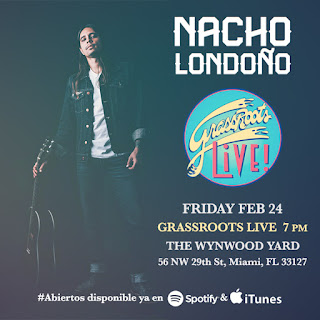 Founder of the band Arboles Libres with which he released the self-titled album in 2010 and sophomore album, Father, in 2012, Londoño launched his solo career in 2014 releasing a series of songs on all major digital platforms. His current single "Abiertos" features Sophy Encanto (Elastic Bond) on bakcground vocals, Mark Kondrat and Javier 'lakambra' Delgado (Locos por Juana) on guitar and drums, respectively, Charles 'Chip' Gardner (Fusik) on keyboards, and Sammy Gonzalez on bass. Website here.

'Abiertos' is one of those songs that comfortably flies above any language barriers, for one reason alone, it is just so catchy. Lets also add in that the music is high class, the melody naturally appeals, and the whole arrangement is pristine.

Lost Lakes - Give Up The Ghost.

Background from the band - Lost Lakes is a Madison, WI based collaboration between Corey Mathew Hart and Paul Mitch. We met during a songwriting competition held by a local radio station. The first time we played together, we clicked musically and personally. Our collaboration has grown over the last few years developing into a strong songwriting and production team with a focus on well-crafted tunes and tight vocal harmonies.

We produced the record ourselves and enlisted drummer/percussionist Shane Leonard (Field Report, The Stray Birds) along with our longtime bandmate Rusty Lee on keyboards, and pedal steel player Charlie Rose (Elephant Revival, Aoife O'Donovan). The project was recorded over a ten month period in a shared warehouse space called the Dojo. The Dojo is a 3600 square-foot warehouse filled with eclectic gear from homemade microphones and recording equipment to guitars amps, and drums of all colors, shapes, and sizes.  Being fairly porous to the Wisconsin elements, the temperature in the Dojo ranged from 41 degrees to well over 100 over the course of the project, adding a little chaos and adventure to the sessions.  We enlisted Justin Guip (Levon Helm, Hot Tuna, The Stray Birds) to mix the album. The album is due for release on March 3, 2017. Website here, Facebook here.

Lost Lakes have created a beautiful album and the featured song 'Give Up The Ghost' is but a taste of whats in store. The bands attention to detail and quality musicianship, is matched by an evident desire to develop music to relate to. One thing is clear, there is plenty of life and ideas to be found, in tried and tested musical genres.