Do you come from a land down under: Curbside Drive - The Treehouse Children - Hurricane Fall - The Byzantines 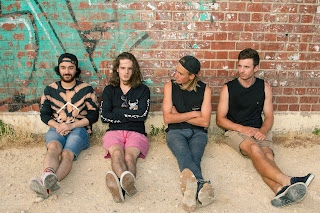 Background - Starting off as a not so secret band within a band, three dudes assembled and bonded over their love of punk rock. Keeping the cliché alive, Jack, Danyon and Zac jammed to poorly recorded drum tracks on Youtube in a small study turned studio room, nicknamed "the toaster shack oven". Never being able to start simultaneously with the internet, Youtube was easily replaced with the arrival of Jedd who completed Curbside Drive.

The Perth based band have been leaving their mark on the local scene through their ‘90s punk inspired riffs accompanied by their happy sad lyrics. Being described as pop punk, punk rock and even grunge at times, Curbside Drive are channeling their inner awkwardness and insecurities through their upcoming debut EP, 'Outside Your Window'. Recorded and produced by John Prosser of Vision Studios in their hometown of Perth and mastering done by James Newhouse of Reel2reel Studios, the EP leaves listeners with powerful driven chords, highlighting short catchy riffs whilst sneaky bass riffs linger beneath it all.

“Sidelined is about being average and not being sure what to do with your life but being okay with it. It follows the realisation that you don’t meet other people’s expectations of yourself and being fine with not being in the spotlight.”

The EP gives listeners the chance to share a collection of relatable experiences the band has gone through growing up, from making bad decisions and dealing with the outcomes. Tracks such as ‘Out of Luck’ and ‘Indecisive’ have captured their ‘90s punk influences through short catchy riffs, happy sad lyrics and been described sounding “like so many of my favourite punk bands, and you do it well.”

Looking to tour the local scene in WA, with hopes of making it over to the Eastern states in 2017, Curbside Drive are making themselves heard, bringing back late '90s and early '00s punk rock, one song at a time. ‘Sidelined’ will be in Digital Stores on 3rd March 2017. Facebook here.

There is a feisty modern punk feel to 'Sidelined'. It's good to hear a natural rock feel rather than any pretentious punk anger, the band have enough drive and the vocals add a touch of melody to make this play me again material. 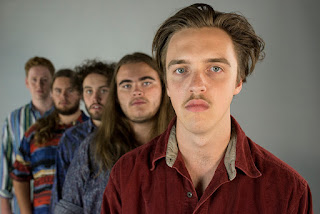 Background - The Treehouse Children's new EP, Please, includes their latest single ‘Woo’. This most recent offering from the Newcastle outfit will have you whistling its undeniably catchy melody and cranking this bouncing, pop-rock rollick.

The band writes: “‘Woo’ came together rather quickly in the studio (The Grove). Edge (drums) and Bes (Bass) smashed through their parts in 2 takes. Allowing us to spend time pulling tones and experimenting with sounds. Nigro (producer) was super keen on making this one explode with riff and backing vocals, we think we achieved this.
Most of our tracks begin with Oz and a guitar and a lyric idea, but this one quickly became collaborative. As soon as the verse was written Oz rang Edge whilst he was on the train excited to show someone. Edge beat-boxed his idea for the beat and they went into their storage unit with Bes the following day and laid down a demo. We injected hooks and catchy BVs, it was a fun writing process.”

The band closed out 2016 with the release of their latest single ‘Please’, which received airplay on triple j, and turned the heads of fans and industry professionals alike.

Their latest national tour, saw the band play some of their most successful headline shows to date. Some say it’s their tight live show and polished sound, others say it’s their boyish good looks and cat-like reflexes, whatever it may be, The Treehouse Children have shown that they are a band to watch amongst Australia’s independent music scene. Live dates on our tour page, website here, Facebook here.

'Please' is a fabulous EP where The Treehouse Children treat us to a vibrant collection of songs, often upbeat, occasionally a little more refrained and always catchy and exciting. 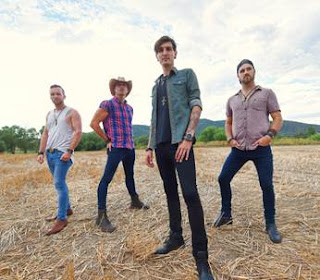 Hurricane Fall - How We Get Down.

Background - There’s a hot wind blowing: the kind of gale that lays a field of cane down flat against the earth, whips the roadside paperbarks into a frenzy, and buffets the windows of a solitary Landcruiser sailing down a moonlit red dirt track. It’s the kind of wind that heralds the arrival of a ferocious summer storm, and at the eye of the storm is Hurricane Fall.

Tamworth-born-and-raised and now based in Newcastle, Hurricane Fall is comprised of Jesse Vee (lead vocals & guitar), Pepper Deroy (lead vocals & bass), Jimmy Hick (lead guitarist) and Lachlan ‘Dusty’ Coffey (skins & percussion). Hurricane Fall confirmed their arrival onto the music scene last year with the release of their debut self titled EP, which peaked at No.2 on the Itunes Country Music Chart – the bands success was immediate!

Driving home their rock edge country sound, Hurricane Fall now release their new single ‘How We Get Down’, which was recorded at Spinlight Studio’s in Newcastle, and produced by the band.  This is the lead single from their second studio EP also titled ‘How We Get Down’ (out now), which debuted at No.4 on the Itunes Country Chart.

Regulars on the touring circuit, the band have performed at many festivals including Gympie Music Muster, Tamworth Country Music Festival, The Mountain Cattleman Festival and Hats off To Country, live tour dates on our tour page. Website here, Facebook here.

There is a rather intriguing introduction to 'How We Get Down' on the video, before a the music kicks in. The films storyline continues, however the quality of the music takes over, with a fine country rocker, from a clearly talented band. 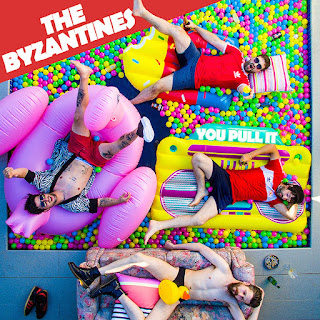 The Byzantines - You Pull It (EP).

Background - Hailing from the great South Australian state that brought you two giant balls, Farmer’s Union iced coffee and Cooper’s Pale Ale come brit pop band The Byzantines. The new EP, You Pull It, was released via Marshmallow Pavement Records on last Friday. Following the release of their debut EP and a successful European/UK tour in 2014, the boys head out on an east coast Australian tour during February and March in support of the new EP. The tour kicks off at The Karova Club in Ballarat on Friday Feb 24 with label-mates The Montreals, and Melbourne Garage- Rock darlings BATZ. They’ll make their way up the coast on a 9-date tour, hitting Melbourne, Canberra, Sydney, Brisbane and other cities along the way.

There’s nothing pale about these Adelaide lads and best mates; vocalist Michael Pietrafesa, guitarist David Zammit, Jose Moucho on bass and Johnny Zervas on drums. Considered ‘Australia’s answer to Kasabian’ The Byzantines have incorporated a varied mesh of sounds and layers, all the while feeling organic and staying true to the British sound that bands like The Stone Roses and Primal Scream made famous.

After polishing off The Delta Riggs’ rider and copping abuse for it from them manager whilst supporting them at their Rolling Stone Magazine Live Lodge event, guitarist and talented engineer and producer Alex Markwell was impressed and a friendship was born. Markwell offered to help produce and engineer the EP so in 2015 the boys decided to hit the recording studio.

Recorded between competing national tours and other commitments, The Byzantines also enlisted the help of friends Dan Crannitch (Love and Other Crimes) to assist with pre-production and Luke Godson (Luke Million/The Swiss) to help capture the more electronic aspects of the band’s sound. Live tour dates on our tour page, Facebook here.

Our third feature for The Byzantines in the space of three months, as we arrive with the new EP 'You Pull It'. This is a marvellous collection of songs from a band who are clearly comfortable and capable of exploring different ideas and genres and do so with style and feeling.