People Flavor is a four-piece rock band from Montebello, California. While new on the scene, the band can trace its genesis back to a teenaged solo project dreamt up by frontman Fernando Andrade,  along with best bro Byron Turner joining the process soon after. The pair then recruited high school cronies Giovanni Padilla and Andrew Valdez, to become the collaborative effort they are today.   Since rounding out the lineup in 2015,  People Flavor have been busy playing shows at house parties, DIY venues and some of Los Angeles’ most notable musical mainstays such as The Bootleg Theater, CIA, and Los Globos.

Continually crafted through the writing and recording process, their distinct sound incorporates jazz chords with post and dance-punk elements, delivering it all with 80’s new wave sensibility. The boys are heavily influenced by slinky Spanish rock and the refined cool of British tunes, evoking a likeness to both an Hispanic Duran Duran and early Radiohead. Contrasting with their dance-inducing grooves, the lyrics tend to focus on the more melancholic aspects of life and love, magically manipulating you into feeling good about being sad. Ultimately, People Flavor is a sonic experiment in self-expression geared towards finding yourself in others and finding the others in yourself.

'Shake Well' is a bright indie rock song with jangly guitars, fresh and pleasing vocals alongside a catchy melodic vibe. It's short, sharp and attention grabbing! 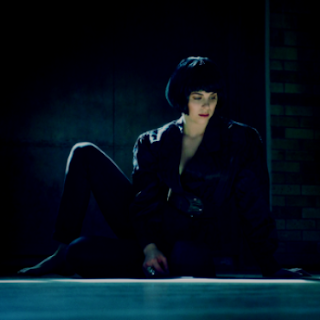 Background - Following a set of critically acclaimed singles in 2016, New Zealand electro songstress Rousseau keeps the momentum going in 2017, announcing her latest single, “Desert Road,” out now worldwide. The track is a hauntingly beautiful ballad that instantly grabs you from the first listen.

Growing up in Auckland, Rousseau spent hours listening to classical music and opera, or The Beatles and Simon & Garfunkel – the only pop music her parents owned. Her relationship with songwriting began when a neighbor introduced her to Lauryn Hill, OutKast, and the acoustic guitar.  In high school she won national recognition for her songwriting and musicianship, before studying economics and philosophy at university.

Since making her debut last year with her single "Petra Says", Rousseau has gained a following in her native New Zealand with over 400K+ streams on Spotify alone in just a few short months, a spot on Spotify Aus/NZ's coveted New Music Friday playlist and music sites and blogs around the world. "Desert Road" marks her latest release building up anticipation for her debut EP "hello, i know you're busy", out April 2017. Described as making "whip-smart...confessional dark pop" by Wonky Sensitive, keep your eye on Rousseau as one of your new favorite discoveries of 2017.

Rousseau declares herself an imperfect everywoman. Her raw honesty and satirical take on working life immediately mark her songwriting out as something special.  This fearlessness, mixed with her pop sensibility and layered, slow-burning production, defines Rousseau. She’s a subversive pop artist, tackling female stereotypes, twenty-something angst and the human condition, sometimes all in the same song. Website here, Facebook here.

Rousseau's vocals can be intimate and personal, however they can also convey a sense of concern and feeling, in a dramatic and engaging manner. 'Desert Road' has a musical soundtrack that mixes low key moments alongside powerful and expansive parts and collectively lead to a superb song. 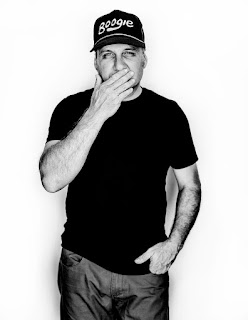 Background - Spiral Stairs (Pavement's Scott Kannberg) will release his second album under that name, Doris and the Daggers, on March 24 on the Nine Mile label in the US, on Domino in Europe  and on Coolin' By Sound in Australia / New Zealand. He has now shared the second single from the album "Dundee Man".

The album features guest appearances from Matt Berninger of The National, Broken Social Scene's Kevin Drew and Justin Peroff, Kelley Stoltz and Shudder To Think's Adam Wade. Spiral Stairs has also launched a Pledge Music campaign where fans will have the option of buying archival Pavement and Preston School of Industry merch and memorabilia (or a DJ set, private show, trip to IKEA or a round of golf with Scott) along with their pre-order of Doris and the Daggers.

The Real Feel – the Pavement guitarist and Preston School Of Industry leader’s 3rd album (and first as Spiral Stairs) – arrived in 2009, just as Pavement were announcing a hugely successful burst of reunion shows through 2010. “Then, after the Pavement shows, I moved with my wife to go live in a house in the country near Brisbane, in Australia,” the amiable Scott remembers, of those years of seeming inactivity. “Then we had a kid, and that sort of got in the way. I tried to do music, but all of a sudden it was two years later and I’m mowing my lawn and tending my garden.” Website here, Bandcamp (pre order) here. Tour dates on Beehive Candy Tour page.

We featured the first single from the forthcoming album last month. 'Dundee Man' is another fine track and more than hints we are in for a good album. With a tight and yet relaxed sound, the musicians are clearly up for delivering some fresh rock vibes, which underpin the vocals, allowing Scott Kannberg to reach out to an audience way beyond Pavements core fans.