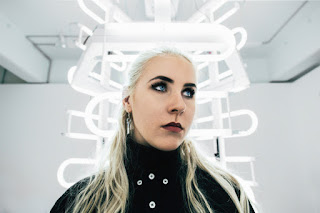 Background - After rousing industry attention with her debut single 'No. One', Melbourne artist KingIV makes a heady return with 'Like I'm Back', and was officially released yesterday.

'Like I'm Back' heralds a more intricate approach for KingIV, whose bold previous single 'No. One' was spun on triple j's Good Nights. Intoxicating and breathless, but never falling too far into its own darkness, KingIV's latest offering delicately spins a world shaped by obsession.

Synths undulate and warp in a fitting mimicry of disorienting internal tension; testament to KingIV's innate ability to capture honest human emotion with electronic sound. Equal parts push and pull, inky and exhilarant, 'Like I'm Back' ultimately speaks from a platform of strength and self-possession. Facebook here.

The vocals provide the melody and the soundtrack adds rhythm and atmosphere making 'Like I'm Back' a very fine electro pop song, that's full of hooks. 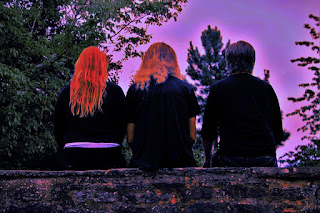 Background - Pre Amp City are a joyful and unexpected conundrum. A band that are difficult to define or pigeon-hole, much to their delight. Featuring incredibly talented artists and musicians from across Europe, their combined musical style is a venn diagram of genres and experiences, but each song contains hooks and instrumentalism that would make any pop/rock writer and producer sizzle with envy. The new single “Mon Amie” (out 22/02) is a light-hearted, sunshine pop number with ambient echoes of 80s influence in its delivery. It is melodic pop that lifts your spirits in every way and turns the corners of your mouth upwards. It only takes two listens and you are well and truly hooked.

Pre Amp City consists of musicians from Wales, Ireland, France, Spain, Germany and England. Their debut album “Escape” will be released in the spring, combined with the release of another single. Their debut single “No More” received critical acclaim, due to its poignant lyrics and evocative, no-holds-barred, politically influenced video. Band members include Fischer Z (John Watts), Pete Delgado, Katy Dann and John Constantine, all of which are the crème de la crème of bespoke artists and sessions musicians across the continent. This pool of talent has created a sound and production that is second to none. Facebook here.

Right from the opening moments 'Mon Amie' signals your in for some vibrant upbeat music, that is delivered with style. Vocals are enticing, the music playful and the overall feeling is wonderful. 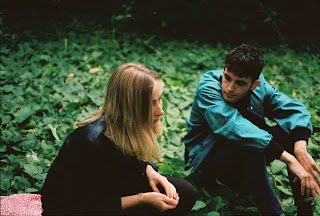 Background - Umeå (Sweden) based Dolce has only existed as a band for about 2 years but has already been hailed in Swedish and international media, such as NME, Noisey, Festivalrykten (SWE) och Swedish radio. The Debut EP ”Gröna Höjder” (Green Heights) showed a naked, unadorned sound and Dolce hit the roads with the EP in the trunk. They toured with Amason, played SXSW in the US, Way Out West in Gothenburg, Sweden amongst many other praised concerts in Sweden.

Next up was studio time with the producer Mattias Glavå (Dungen, Håkan Hellström i.a.) to record their debut album ”Av Liv och Grönska” (of Life and Greenery). Now, several months later, we get the first taste of a playful and incredibly beautiful album

'Vänder Vrider' is a rich indie pop song, where the distinct and tempting vocals are supported by an increasingly expansive swirling musical soundtrack.

Background - Strange Americans release the first single from their upcoming third full length album 'Borrow You, Brother. The new track, "Big Black Car" is presented with a Bonnie & Clyde inspired video which Atwood said "captur[es] the voice of those who live for tomorrow and aspire for a better life."

"Set to a somewhat more lighthearted-but-still-rock, sometimes noisey soundscape, "Big Black Car" takes a joking-but-serious, pointed perspective on income inequality." explains singer Matt Hoffman, "A street-dwelling homeless person dreams up manufacturing a successful appearance and identity, occasionally slipping in and out of reality and the headaches of poverty."

Musically, Strange Americans’ third full-length album, 'Borrow You, Brother' remains committed to the general guitar-driven, blue-collar Americana rock element that permeates their earlier releases. This latest album, however, diverges in subtle ways : from the keys to the drums, bass and guitars, the sounds, tones and parts are more explorative. At times this means dynamic restraint, craft, control and beauty ; at others it means total freedom, chaos and noise.

The music is slick, the vocals even slicker as 'Big Black Car' confidently strides along. Americana rock, there is enough edge to the track to give it a natural and addictive feel throughout. 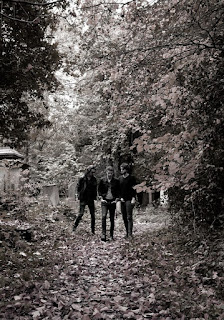 Background - London based psych rock trio Desert Mountain Tribe are releasing a new single. ‘Enos In Space (Top Of The World)’ has been mixed by multiple award winning producer Youth and heralds the start of a hectic release and international touring schedule for the band.

The original version of ‘Enos In Space’ was included on DMT’s debut album, ‘Either That Or The Moon’, which was released in March 2016 to excellent reviews. This new version is available digitally now, but also included on an EP, ‘Live At St Pancras Old Church’, which features live versions of four other album songs recorded at a recent show at that London venue. The EP is out digitally on 17th March, coinciding with a US tour that takes in several slots at the annual SXSW festival in Austin, Texas.

Upon their return from the US, DMT will play April dates in mainland Europe. A brand new four song studio EP, ‘If You Don’t Know Can You Don’t Know Köln’, will be released digitally on 14th April and as a limited gatefold 2x12” vinyl that incorporates the live EP. Facebook here.

'Enos In Space (Top Of The World)' is a powerful psych rocker, with bags of energy and a band that have clearly refined their sound. It's also exceptionally catchy. 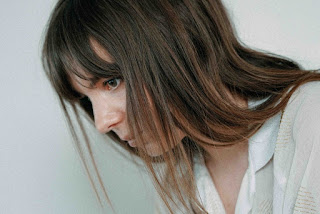 Background - ACES new single is “Baby, I Don’t Mean To Ignore” and her debut Stranger EP, is coming out April 21st.

ACES’ new Stranger EP follows on the heels of her critically-acclaimed series of singles from the past two years, all of which are streaming in full via Spotify. ACES is pop music on muscle relaxers… it’s the bassy backing track with sparse beats that take a back seat to Stewart’s daydreaming vocals. But to really define ACES, we need to go outside the idiom: ACES is a muted light, a French new wave film projected at half speed, a night in with a few friends and heady cocktails.

ACES, too, is defined as Alex Stewart: the Canadian born, Brooklyn artist is the voice and direction of the project, which takes its name from her initials. A globe-trotting film editor who often works alongside her filmmaker husband, Stewart borrows as much from the vocabulary and structure of that art as she does traditional songwriting. As a writer and musician, Stewart may be seen as a master of stagecraft as much as songcraft. It’s more than a technique; it’s a manifestation of the world she’s creating around her. She builds ACES for herself, but invites the rest of us in. Website here, Facebook here.

We first featured ACES last November describing her vocals then as distinct, haunting and striking. New song 'Baby, I Don’t Mean To Ignore' ensures we can add melodic to our description, as this lo-fi electro song more than capably demonstrates. 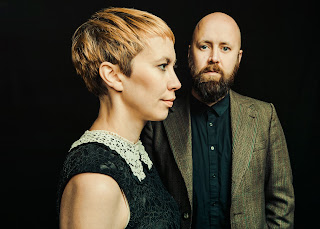 Un-Unify is a word created by the band, embodying a call for freedom in musical form. Danceable, lightfooted, and energy laden, the video for Un-Unify was shot by Gotta Love (the production team behind Small Sessions) in the legendary Funkhaus Berlin, the former seat of the DDR (East German) state radio.

The lyrics in Un-Unify encapsulate the singer's longing to learn how to fight, and untie from her union with one man. The video maps her journey of learning to fight - from meeting the dancers, who integrate her and help her grow stronger, to them helping her shift from one place to another, where the man she is longing for is waiting. After the successful album release and sold out release tour, the band will be back on tour in March 2017.

Siblings Eva and Philipp Milner catapulted to internet success after releasing self-titled debut album, Hundreds, in 2010. Despite having no budget or radio airplay, the pair became one of the greatest German indie pop stories in recent times. Website here, Facebook here.