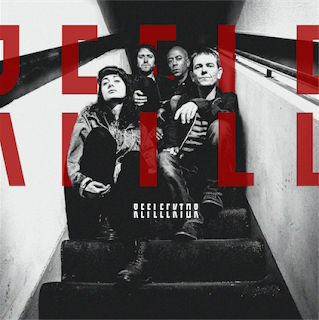 Background - Reflecktor formed in 2014 and are based in Sheffield and London. Reflecktor are Felicity Crook, John Kubicki, Jon Gray and Pete Marett, a collective of musicians, dj’s and producers creating their own brand of psychedelic indie electronica. Reflecktor aim to fuse their diverse influences from many musical genres and eras.

What started out as a dancefloor based writing project, between long time label mates Jon Gray (producer/mixer) and Pete Marett (drummer/producer), soon grew out of control when they asked vocalist and guitarist John Kubicki to get involved. Kubicki added his tripped out lyrical and melodic ideas to the mix but something was still missing; a feminine touch? Enter vocalist/DJ Felicity Crook, whom John had recently met during a recording session in Sheffield. The line-up was now complete and the unusual blend of John and Felicity’s lead vocals were the last piece of the sonic puzzle, an integral part of what makes Reflecktor’s sound unique.

Other collaborators on the forthcoming album include UK rapper Same Old Sean who delivers an angry funk fuelled vocal on Dog Fight and the amazing Brighton based singer Fable opening the massive Nobody Gets Out Alive with lyrics “ Spoon-fed bullshit master plan “……..

Outside Reflecktor, previous projects include recording and touring with The Coral, The Zutons, Editors, Bedrock, Reverend and the makers, The Ruts DC, Talvin Singh, On U sound system, Chk Chk Chk and Terminalhead to name a few. Facebook here.

'Mirrors' has a powerful electronic potency right from the beginning. Layers of dynamic sounds and vocals that exude psych rock atmosphere and blend with the music make this a dramatic and hypnotic musical feast. 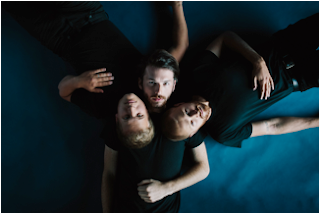 Background - Every body knows a ‘close talker’ in life, right? Not just because of the infamous Seinfeld episode, but maybe a work colleague, a family member or a drinking buddy; there’s always one that gets too close for comfort. Close Talker the band, are now a three-piece alternative indie rock band from the western Canadian province of Saskatchewan with members Will Quiring (Vox), Matt Kopperud (Guitar) and Chris Morien (Drums) making up the numbers.

Originally a four-piece, Close Talker’s last 18 months touring have been spent with just the three members mentioned since losing their bassist in 2015. This presented difficult challenges to deliver the material from the bands sophomore record, 2014’s Flux, in a live environment. Never a band to be put off by a music challenge, the guys responded and doubled the workload of each limb. Will took on a synth, Chris a drum pad and Matt, perhaps most impressively of all, organ pedals for humble bass lines, ensuring the show went on. Matt states ‘Although we’re only three people now, the live show always has at least nine limbs working full time to accurately portray the record live.’ In a musical landscape of electronic music and death-by-sampling, it’s a very fitting response to losing a founding member, an often band-breaking situation. ‘We’re not a ‘hit space bar’ band or sample driven band and hope to never become one as we truly love playing our instruments.’

Okay Hollywood is self-admittedly 'a sarcastic anthem poking fun at people's tendencies (ourselves included) to take themselves and their own agenda’s too seriously’. Everyone has his or her own disposition and subconscious strategy to gain self worth. ‘We think the most common mistake is imposing the importance of yourself and your victories onto others.’ In a world of ‘one uppers’ and ‘people pleasers’, where the loudest opinions get the most headlines, this standout track is a light hearted reality-check, a sober reminder to be grounded and above all else, remain authentic. Lens will be available in all the usual places Friday 12th May 2017 via Nevado Music. Close Talker will play the notorious Old Blue Last in London shortly after with more European tour dates to follow soon, welcoming you to the conversation. Website here, Facebook here. Live dates on our tour page.

'Okay Hollywood' has an appealing and intricate rhythm and a soundtrack that builds into a melodic and layered piece. Vocals add both emotion and energy, in what is an imaginative and catchy song. 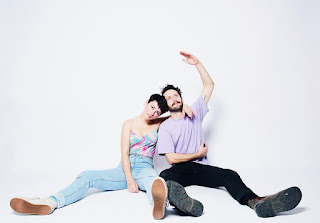 Background - Diet Cig will be releasing their debut album Swear I'm Good At This on April 7th (Frenchkiss) and in advance of its' release they share a new single in album highlight "Barf Day." Swear I'm Good At This is now available to pre-order - it includes an instant grat of "Tummy Ache" and tomorrow will also include "Barf Day."  Further, Diet Cig will be collaborating with Tuesday Bassen on limited-edition pink silk bomber jackets only available in the preorder bundles. Artist Faye Orlove has designed the tee & sticker sheet that's is available with the preorder as well.

The band, who are well-known for their energetic and bombastic live shows, will be touring the world in support of Swear I'm Good At This.  They will have Girl's Rock Camp affiliated camp bands and other young musicians joining them to open a handful of shows. "We're super excited to announce these shows in collaboration with Girl's Rock Camps across the US! we believe that supporting these young musicians is crucial to the future of rock, and we're so excited to share our stage with them."

The complete list of dates is on the Beehive Candy tour page, including the first round of Girl's Rock Camp affiliated bands. Website here, Facebook here.

Vibrant indie rock with notable and pleasing vocals make 'Barf Day' both lively and fun. As the energy builds the songs hooks dig in deep.