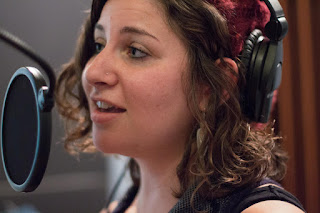 Background - Born in Los Angeles and raised in a musical family in Chicago, Folk/Soul songwriter and vocalist Layla Frankel has been delighting audiences of all ages for as long as she can remember. A performer from a young age, she appeared on her father, Joel Frankel’s, children’s records and often joined him on stage.  As a teenager, with her formal training in choirs and range of musical influences, Layla began composing songs and quickly developed her own vocal style.  She later attended the University of Illinois where she started as a jazz studies major with a vocal concentration, but soon realized that her passion lay not only in music, but in songwriting. She began to focus on creative writing and poetry while also singing in big bands and jazz combos - gaining experience as a songwriter and as a band leader.

Between 2013 to 2015, Layla honed her craft as a songwriter, creating a body of music including the tracks on her debut EP, Tame the Fox. In the fall of 2015, Layla took a backpack and her Little Martin guitar and went sightseeing/volunteering in Europe for four months with the goal of meeting interesting people, experiencing other cultures and exploring new scenery. She spent the spring of 2016 off the grid and thru-hiking for two months on the Israel National Trail, a 600-mile hike.  It was on this trip that she conceived of the vision for Tame the Fox, a title inspired by the book The Little Prince, which she carried with her on the trail.

Sound engineer Josh Richter recorded Tame the Fox at Victorian Recording in Barrington, IL and Frankel produced and arranged all of the tracks. The EP features multi-instrumentalist Dave Hildebrand on almost all of the guitar tracks as well as bass guitar on the whole record. Robert Rashid handled drums, while Eddie Ganet played keys. Layla played rhythm guitar on the tracks “Tenderly” and “If I Had the Words” and performed all of the vocals, including overdubs and harmonies.

The first song on the new 'Tame The Fox' EP is 'To Disregard' one of six tracks that really do mix folk and soul genres together, with a little blues along the way. This is a fabulous and quite unique collection of songs, where melodic and high quality music is delivered with such beauty. The cover version of The Cures 'Just Like Heaven' is stunning, her own material no lesser, absolutely recommended! 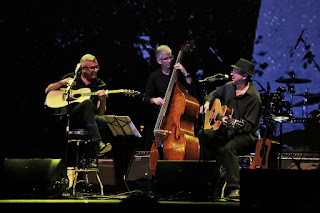 The Furious Seasons - We All Belong.

Background - The Furious Seasons' new single "We All Belong", is a new entry in the tradition of the protest folk song. The new single from The Furious Seasons, “We All Belong”, is particularly relevant in this divided time. It’s a seemingly simple folk song drawing on the sharp political divides experienced in this country and how the anger and hate should be overcome and that “together we stand strong / we all belong”.

The Steinhart’s have been a staple of the Los Angeles indie pop scene since the 1980s. Their career spans 30 years and over 20 releases. Paul Nelson played professionally in the Santa Barbara area for years and was involved with several other recording projects before joining the Steinhart bothers in The Furious Seasons. The band creates ethereal and lyrical folk pop music with blended harmonies and sophisticated guitar interplay. Website here.

We first featured The Furious Seasons last August and are delighted to share the new song 'We All Belong'. A classic sounding folk protest song, that would be comfortably at home decades ago, albeit it's new and relevant to today. 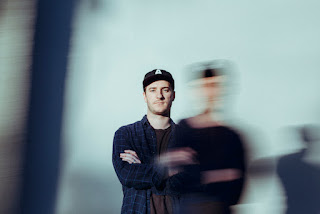 Scott Ruth - Are You There.

Background -  LA-based singer-songwriter Scott Ruth has shared his new single "Are You There". Produced by acclaimed indie folk musician Noah Gundersen and recorded at X Studios in Seattle, the track brings a melancholy feel, with Ruth’s rugged vocals ruminating on a void left by a past relationship. "The song is about that feeling you get when someone who was once a huge part of your life, suddenly isn’t there anymore and all the things that go through your head. Wondering what they’re doing, if they’re feeling what you’re feeling," Ruth says of the track.

Working with Gundersen helped Ruth get a new perspective on "Are You There." His first time not self-producing a project, Ruth was able to relinquish control over to Gundersen and engineer Andy Parks, giving him more creative freedom. As long-time friends with Gundersen, working with him was a comfortable, collaborative experience.

Formerly of LA indie rock outfit The Futures League, Scott Ruth has since put down the bass guitar to further hone his craft as a multi-instrumentalist and producer. He released his hauntingly reflective solo debut The Weight of It All in 2016, and has since been touring extensively, supporting Noah Gundersen as well as headlining tours of his own. All the while, he was still finding time in the studio to be working towards his next release.

Now Ruth has returned with “Are You There," channeling Ruth's love of classic American songwriting and admiration for artists like Tom Petty and Bruce Springsteen. The track is a refreshing song for Ruth that marks a new direction. "I’m now in a different chapter of my life, and I couldn’t be more excited to get the rest of these songs out in the open." Facebook here.

'Are You There' is a mixture of alt rock vibes and some passionate and personal vocals, which combined create a melodic and reflective song. There is a timeless feel to this piece, and the quality of the production is superb. 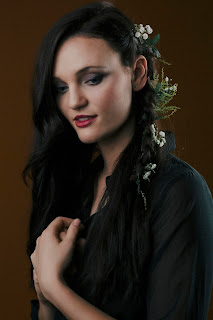 Following incredible reception to her singles,  'Like the Other Kids', 'Wish I Was', 'Waiting' and 'When The World Ends', an impressive performance on triple j's Like A Version and an almost sold out EP tour in 2016,  there's been a mountain of support rolling in behind the scenes. Recently partnering with Caroline Australia and Select Music, Ayla now heads out on a national tour, older (now 21) and wiser and with a stock of new songwriting experiences and a stunning new live show in tow. Ayla's single 'Shallow End' is out via Caroline Australia, Friday May 12. Facebook here, live dates on Beehive Candy's tour page.

Ayla's striking and appealing vocals ensure 'Shallow End' is very much, her song. Powerful modern pop, with a whole load of hooks, make this song hard to ignore.