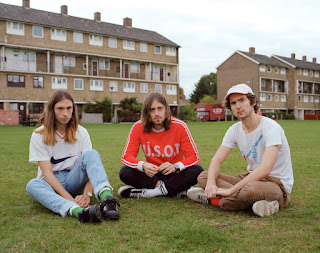 Background - Evolving from a two-piece to a three-piece, East London’s Kylypso are comprised of recent addition Hugh Fothergill, a record producer; Rudi Falla, Ableton set designer; and Tom Greenwood, a session musician. Initially the project started as Rudi and Tom sent ideas back and forth between each other to jam on and flesh out. The resounding success of their collaborations prompted them to form a band.

Their first track, last year’s 'Means 2 You' was a firm and striking statement of intent, combining pop melodies with a mesmerising production approach that takes in ideas from a broad spectrum of popular music. It caused a respectable ripple in the blogosphere, leaving those in the know with a strong sense that their natural musical chemistry together was something special. Now, with new material like latest single ‘Blame Love’ on the way, Kylypso sound like they’ve already arrived fully formed and leagues apart from the herd without compromising on any of their uniqueness. Central to the construction of their music is a sheer, simple, unabashed love of sweet melody. It’s an approach that will no doubt resonate with people everywhere. All bets on Kylypso to be an undeniably and peerless new sound in the capital.

‘Blame Love’ is the immersive new single from London three-piece Kylypso. Swelling in with its panoramic synths, it’s a vibrant and multi-tonal affair, traversing a spectrum of different moods. From the glacial sparsity of the intro, it goes through detailed dance segments, warm melodies, and funk guitar lines, all alternating in the blink of an eye. Already virtuosos in production and only at the start of their career together, Kylypso are the new purveyors of smart, slick and considered indie music, a natural progression from the nocturnal sounds of The xx via the meticulous auteurism of Tame Impala and Caribou. ‘Blame Love’ is a song about love, the oldest topic in songwriting, but Kylypso’s unique execution and musical acuity lend it a refreshing new spin. This is a sound for the summer, evoking half-remembered feelings of euphoria, warm nights, and the pervasive feeling of love and all the myriad emotions that go with it. Facebook here.

'Blame Love' suggests Kylypso have a considerable amount to offer. Musically the song is refined with clear attention to detail, alongside that are some fabulous vocals and harmonies. Making indie music that stands out is challenging enough these day's, doing so with such unabashed style is something else! 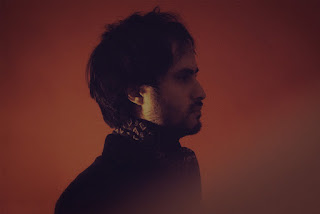 Background - A unique voice emerging from Soho’s bohemian arts scene, Brudini spent his upbringing in Norway before uprooting himself to settle in London after a nomadic period absorbing the swarming metropolises of Tokyo and Paris. A regular fixture in Soho’s Society Club, Brudini has attracted praise from NYC punk manager legend Danny Fields (The Stooges, MC5, The Ramones) for his erudite approach to music and lyricism. He has also collaborated with Lulu Gainsbourg (son of the famous French legend) and Californian writer Chip Martin.

A product of both literary modernism and rock and roll, Brudini’s music evokes a wealth of artists and mediums. From Jim Morrison and the chansons moderne of Jacques Brel, to the avant-garde driving beats of Krautrock via the writings of Hamsun, Fante and Sartre, he comes off like a new-age lounge crooner in some smoky existential dream parlour. Wielding a live show that’s psychedelic to the point of being a total sensory experience, Brudini can always be found in that cosmic last chance saloon, uniting wayfarers and music lovers across the void through his cinematic plainsong.

“'The Nightcrawler' is the tale of a jaded, worn-out character's inevitable march into darkness; briefly overcome by a triumphant moment of warmth and nostalgia, before the night swallows it all.”
An ambitious and beautifully bittersweet debut single from a vital new London sound, Brudini’s ‘The Nightcrawler’ is the odyssean portrayal of a limping vagabond whose nightly descent into darkness is interrupted by a moment of nostalgia and connection to the world that’s ostracised him. Recalling the organic textures of Radiohead’s A Moon Shaped Pool of yesteryear, Brudini builds his own inimitable style with an artful flair for arrangement. Cannily expressionistic in its use of sound to convey story, - an abrupt swell of strings marks the moment his flaneur catches the nauseating light of the setting sun, for instance - Brudini’s ambition transcends the framework of popular music and puts him in a tradition of narrative songwriters like Nick Cave and Scott Walker. Website here, Facebook here.

Intricate beats and atmospheric vocals are there from the opening moments of 'The Nightcrawler'. Layers of music unfold and the graceful vocals ensure your maximum attention. This is one of those songs that has me hooked and wanting to hear more from Brudini, before it's even finished. 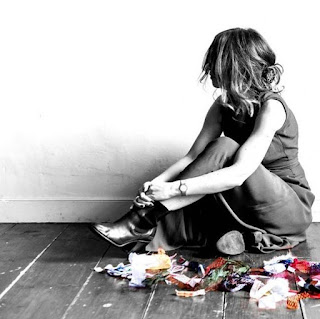 Background - After a busy end to 2016, including an appearance at The Other Voices Festival, Cork based artist Marlene Enright releases her debut solo album, ‘Placemats and Second Cuts’.

Marlene Enright has a charm and an undeniable songwriting talent. Her solo debut showcases her passions and influences. Written and recorded over a year, the result is a melange of the heavy grooves of RnB, the warmth and nostalgia of great folk songs and the richness of thickly layered harmonies of artists such as Bon Iver and Feist. Enright harnesses all of her influences and delivers her own brew of a life being lived and expressed with touching honesty through the gloriously realised medium of her own thoughtfully crafted songs. It is the sound of modern roots music evolved as it has over decades to something that is unmistakably 21st Century, a sound that is infused with contemporary pop while still carrying echoes of the past.

The title, ‘Placemats and Second Cuts’, a line from the outro of the album's closing song, is fitting, for this album offers depth and introspection. Says Enright, "Hindsight has made me realise that it's a much more self-reflective album than I initially realised. It speaks of self-doubt, dancing the fine line between feeling comfortable in your own skin and feeling totally lost at sea, indecisiveness, the battle between strength and weakness, passion and apathy, belonging and isolation and self-acceptance."

While Enright has been looking back and self-reflecting, her work urges her forward. The release of 'Placemats and Seconds Cuts' on May 26th follows the success of her previous band The Hard Ground seeing the singer's star steadily rise, as listeners embrace her unfeigned confessional. Website here, Facebook here.

You still need a good song, even if the video is as appealing as the one for 'Alchemy'. In fact it was only when I listened without the images, that I realised just how gorgeous and beguiling 'Alchemy' really is. The soon to be released album 'Placemats and Second Cuts' is definitely on my want list.