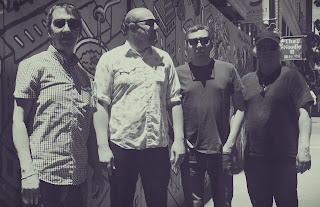 Background - Saint Marie Records is honored to release the fourth album from San Francisco Bay Area collective Carta. The evocativetitled The Sand Collector’s Dream is everything music should be in 2017—completely original and soaked in a despair that is both absolute and yet somehow uplifting.

Dreampop/ambient outfit Carta was born in 2002 as a bedroom recording project by Kyle Monday, Jason Perez, and a revolving cast of San Francisco musicians. The Sand Collector's Dream is their fourth record. An album of vast stylistic breadth, the band’s description of their sound as ‘paranoid inner-vacuum micro-dub and ruminative post-space hypno-drone’ still doesn’t convey it.

Just say it’s the missing link between Another Green World and Young Marble Giants. Songs of water & ghosts, what the band so eloquently refers to as 'the eternal internal struggle', they trace a journey from entanglement to solitude, from optimism to defeat.

Carta functions as a collective, trading off instruments, and even trading off vocals. Bassist Sacha Galvagna does most of the heavy lifting, but Kyle Monday and Jon DeRosa take lead on a couple of songs. Yet it’s the vocals of Odessa Chen, blending with the men in a series of duets, that steals the show. Their voices blend together like a Lee Hazlewood with more ‘haze’ and a Nancy Sinatra with more sin. Website here, Facebook here.

With the band describing their music as "paranoid inner-vacuum micro-dub and ruminative post-space hypno-drone" what else is there for me to add. 'Madeira'is the second of ten beautifully imaginative tracks, it's also just a glimpse of the whole piece, on this genre wandering magical album. 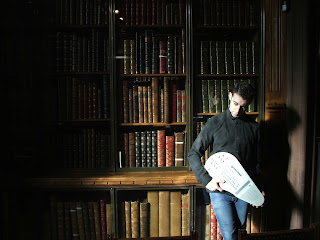 Granfalloon - Down There For Dancing.

Background - Granfalloon is the musical moniker of Manchester based songwriter Richard Lomax. The debut album 'Down There For Dancing' will be released in September 2017 on new label The Dogan.

Granfalloon's use of lo-fi bedroom recording techniques point to a revelry in beautiful imperfection and a desire to create something very special. There is a real commitment to detail which involved patiently distilling the soundscapes until the elements of electronics, delicate acoustic guitar, and the mixture of lo-fi, folk & psych all fell into place.

'Down There For Dancing' comprises of eight very individual songs. Each one comes across as a labour of love, where attention to detail is very clear. The distinct and pleasing vocals add emotion & feeling, whilst the musical arrangements even when quite lo-fi, are a refined companion. A very impressive debut! 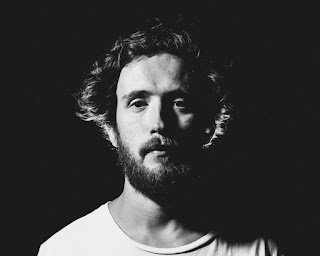 Background - After playing his heart out all over WA and supporting the likes of Ash Grunwald, Tijuana Cartel, Seth Sentry, Mat McHugh and OKA, Perth's Ben Catley is back with his first release in over 12 months, a most fitting AA side 'Strong Hands/Open Skies'.

Recorded with Matt Gio (Birds of Tokyo, San Cisco, Illy) as a Jekyll and Hyde pairing of sorts, first single Strong Hands captures the frenetic guitar work and roots stomp that are always one of the highlight's of Ben's intense live shows. Originating as a challenge Ben gave himself of writing purely during shows, the piece naturally evolved across each sweat covered stage.

Strong Hands is a mostly instrumental journey that hammers hard for two super energised minutes before ending sharply to the surprise of Ben screaming vocals into his acoustic guitar; a part of his performance he has become renowned for. “This is without a doubt my favourite song to play live. It's so much fun and I often end up extending it into a big six minute jam when people start jumping around to it.”

Strong Hands/Open Skies will be launched beachside at El Grotto in Scarborough on Friday August 25th before Ben is straight off to the UK to play the Lindisfarne Festival (feat. The Fratellis, The View) and other dates around Europe, though will return for his busiest Oz Spring and Summer yet. Strong Hands/Open Skies is out August 23 via all good digital retailers. Website here, Facebook here.

'Strong Hands' has a robust roots beat that blends superbly with the electronica. This is an addictive, play loud piece, where the ending adds a wonderful twist. 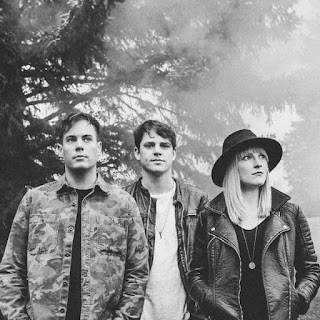 Port Cities - Where Have You Been.

Background - A port city is a place where cultures and histories collide, where goods and ideas are imported and absorbed into the local bloodstream. Not entirely un-coincidentally, Port Cities the band is the musical equivalent; a melting pot of three of Canada’s most creative individual talents, drawn together to make an entity even more outstanding as a group than as its constituent parts.

As with any form of musical collaboration, the magic occurs in the blending of one element with another, but unlike most groups, Port Cities never started out to be a band. Comprised of trio of celebrated Nova Scotian musicians Carleton Stone, Dylan Guthro and Breagh MacKinnon, Port Cities were drawn together through songwriting as independent artists, with every intention of crafting new material, and then going their separate ways. Yet that is not quite how it panned out.

Port Cities’ music is a perfect balance of Nashville (where much of it was recorded) and Nova Scotia (where the band reside); of the rustic and atmospheric, of indie intimacy and the sort of arena-pop anthems that betray Port Cities’ globe-trotting ambitions; 2017 sees the band embark upon their second cross-Canadian and European tours. Such ambition does not prevent moments of delicate musical insight though and new single “Where Have You Been” is seductive with oozing harmonies, intricate slide guitar and acoustic movements and contemplative lyrics. As Stone explains, “One thing we all seem to connect with lyrically is showing a less-than-perfect idea of love, and not being scared to talk about how everything is not great, or call out a lot of what normal, traditional love songs would be about.”

Double A-side “In The Dark” is an instantly engaging track that show’s off a minimal slight 80’s style sound with washes of affected guitar proving that the band can ‘come alive in the dark’ across varied sound palettes whilst retaining their grounding.

The first thing anyone observes when hearing Port Cities is that this band is tight. Seriously tight. Yet it begs the question; How to go about fusing divergent styles and experiences into such a singular rootsy Americana sound? From MacKinnon’s silky jazz-schooled timbre, allied to Gutho’s R&B influenced natural tendencies and Stone’s acoustic troubadour, the space in between the three is delightfully warm and resonant, yet entirely coherent across the course of their self-titled debut album expected early 2018. Website here, Facebook here.

Melodic and very catchy 'Where Have You Been' is another refined and foot stomping song that mixes pop sensibilities with some raw country vibes.