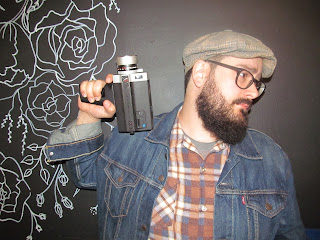 Background - Chicago singer, songwriter and band leader Ryan Joseph Anderson has followed up his acclaimed 2014 debut, The Weaver’s Broom, with the stunning City of Vines, which has just been released on vinyl, CD and for digital download.

Ryan Joseph Anderson’s solo career began in April 2014 with the release of his debut album, The Weaver’s Broom. The album, engineered and co-produced by Andrija Tokic (Alabama Shakes, Hooray for the Riff Raff), was hailed as one of the best Americana records of the year. Songs from The Weaver’s Broom made "best of" lists at Daytrotter and Songpickr and were featured at Paste and Magnet. American Songwriter said that Anderson "evokes the open-tunings of Nick Drake as well as the barroom howl of Tom Waits."

Before going solo, Anderson was known as the bandleader and songwriter for the beloved Chicago roots outfit Go Long Mule, as a guitar slinger for garage rockers Rambos, and as a producer, sessions man and sideman for numerous artists. His influences range from country blues to psychedelic rock and are on prominent display in his masterful guitar playing and songwriting. Anderson’s sophomore release City of Vines is out now. Website here.

The title track from the album 'City of Vines' is accompanied by a second album track 'Molly the Flood. Combined they give a good flavour & feel for this very fine new release, where Americana tunes both gentle & powerful are delivered to a very high standard. 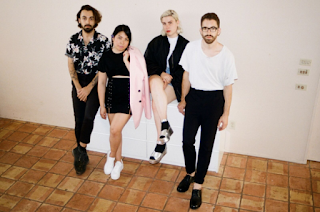 Produced by Dave Hamelin (The Stills) and executive producer Kevin Drew (Broken Social Scene), the album is led by the powerful and hypnotic vocals of Andrea Lo. A ten-track-collection of lush compositions, Fear/Nothing combines the sweeping synth-driven dream pop of the Cocteau Twins with confident vocal-driven melodies of genre-defying artists like Empress Of and Jessy Lanza.

Upon the release of their debut album Ritual Tradition Habit, the band earned critical praise from the likes of Rolling Stone and Pitchfork, while their emotional live performances prompted Paste Magazine to name them one of the "10 Great New Bands." Facebook here.

The sixth of ten tracks on the Fear/Nothing album is the new single 'Low'. This is a collection of tracks awash with imaginative ideas that broadly sit in the shoegaze & dream pop genres. Take 'Low' as an indicator and expect a whole lot more, I'm confident you will be happily surprised. 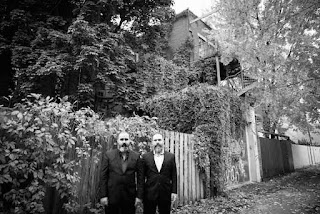 The Karpinka Brothers - You Make It Look Easy.

Background - The Karpinka Brothers are excited to share the infectious new single, "You Make It Look Easy", from their upcoming full-length, Talk Is Cheap.  The inspiration for the track came from Shawn Karpinka's wife during a time of self-introspection, and "wondering about [his] place in the world."

The Karpinka Brothers' new LP, Talk Is Cheap, feels like a call to arms. It finds a seemingly impossible balance of sincerity and positivity. When they sing lines like “Where would I be without music in my heart?” You not only believe them, you relate without a trace of irony. The brothers have a longstanding reputation of putting their money where their mouth is, finding a delicate balance between professional musicians and community volunteers. In addition to sharing the stage with influential artists like John K. Samson and Gordon Lightfoot, they’ve played dozens of concerts for residents of a local long-term care residence.

Produced and recorded by Grammy nominee Howard Bilerman (Arcade Fire, Leonard Cohen, Vic Chestnutt) at his legendary Hotel2Tango in Montréal, Talk Is Cheap is the most realized and expansive Karpinka Brothers album to date. Their eloquent blend of timeless folk and 60s pop songs are complimented by an impressive list of contributing musicians including Mathieu Charbonneau (Timber Timbre) on piano and keys, Jamie Thompson (Unicorns/Islands) on drums and percussion, Sophie Trudeau (Godspeed You! Black Emperor) on violin, Joel Kerr (Sara Slean) on bass, and backing vocals by Krista Muir.

Following on from our first feature (last month) for The Karpinka Brothers we can now share 'You Make It Look Easy' which is another feisty folk rocker, where both the vocals and musical arrangement are crisp and refreshing. Having now heard a couple of tracks from 'Talk Is Cheap' it's looking very promising for the album.