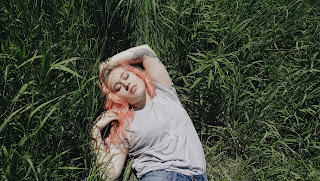 Background from Andi - I’m really excited to be releasing my new single “Half Home”. It’s my first song since I released my debut EP Sketches last year and landed top 4 in the national CBC Searchlight competition.

This song is about being young and in a transitionary stage of life. When I wrote the track I was alone on the road, floating from recording sessions to rehearsals, and crashing in my car between gigs. Writing this song helped me embrace living in a state of change.

I’m proud to be involved in all aspects of my music  - from the concept to creation to production. It allows me to express my singular vision without compromise. My music is inspired by a combination of influences ranging from pop to noise rock to R&B, all of which combine to form a sound that is truly representative of me. Website here, Facebook here.

'Half Home' is a vibrant, melodic indie pop song with just a little hint of indie rock along the way. Add in the reflective lyrics and this really is a notable track. 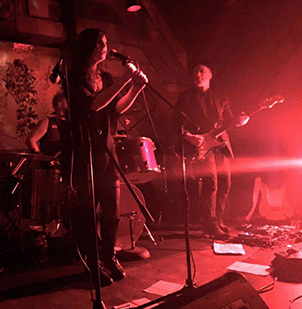 Background - It says a lot about an artist when those trying to catch their essence in a witty sound bite move from being concise and descriptive into the realm of high literary art. Any band that can be metaphorically described as sounding like “murder at midnight” and “beautiful melodies telling me terrible things” makes for a tantalising proposition. NYC’s 68creep are indeed that.

‘Black Cat’ is inspired by lack of love and the persistence of hope and humor, ringing through in lyrics like “I wanna make you mine. You lovely waste of time”.

The spirit of filmmaker and musician David Lynch seems to hover above everything the band does like a mercurial patron and spiritual advisor. “What would David do?” has even become the band mantra for swerving creative blocks, ensuring that the music brims with the same essence as one of his films.

68creep’s backstory even starts with a very Lynchian starting point, with John McRandle and Patrick Casey meeting at a New York City advertising agency, where they were marketing drugs designed to combat schizophrenia. The Kiss/Kill/Repeat label gave the band the backing and impetus they needed and very soon they were pushing their heavy, surreal, carny, creepcore to like-minded music fans.

Adding to 68creep’s intense sound is Colyn Hunt on bass and Kimberly Seewald on vocals. “Kim’s pretty soft-spoken; well, except when she laughs,” says Patrick Casey. “But once she opens her mouth to sing, she can pin you up against a wall.” She’s more than pure power though. “Kim’s got versatile skills. Our softer, more melodic, melancholy songs really show that off.” Website here, Facebook here.

Dark & moody music with dramatic rock vibes course through 'Black Cat' a song where the vocals and music are seemingly at odds with each other and yet still blend perfectly. Having heard a few more of their songs, they have plenty more imaginative material to share. 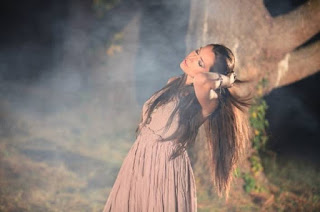 Jessica Lynn - Look At Me That Way.

Background - New country-pop sensation Jessica Lynn is planning to come back to the UK soon after successful dates here this summer and she’s just unveiled the title track from her latest EP, ‘Look At Me That Way’.

In the last two years, the New York singer/songwriter has completed three highly successful nationwide tours of the United States and has seen her first two full length concert television specials, “This Much Fun – Live from the Winery at St. George,” and "Jessica Lynn - Takin' Over - Live from The Paramount " be met with rave reviews and seen by millions of viewers nationwide across America.

'Look At Me That Way' is another beautiful country pop song. It's our second feature for Jessica Lynn and once again the musicianship is high calibre and her vocals melodic and refreshing. 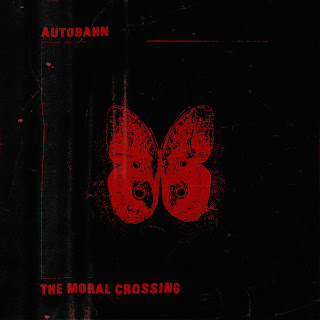 Background - Leeds post-punk quintet Autobahn return this week with the frenetic first single and title track of their upcoming second album, “The Moral Crossing”. The album will be released by Tough Love Records on a selection of physical formats – including CD, a red vinyl pressing for indie stores, 100 red vinyl pressing with a poster available exclusively through Bandcamp / Tough Love Records and, finally, a 100 grey vinyl pressing only available for their hometown through Leeds record stores.

Following considerable attention around their debut album from the likes of The Guardian, Uncut, NME, Louder Than War and more, Autobahn’s second has seen lead singer and principal songwriter Craig Johnson, guitarists Michael Pedel and Gavin Cobb, bassist Daniel Sleight and drummer Liam Hilton deciding to giving up their practice room that doubled as a hardcore/punk venue (which influenced their original sound, as did a love of The Birthday Party) and build their own studio space – on their own terms, all on their own.

"The first album hinted at emotion and feeling, but this record encapsulates that from the offset. The melancholic aspect of our music is often offset by an aggressive dissonance, but to me there's also a romantic side to what we do, which isn't always clear because of the 100mph drive of the band. That's what we are exploring with this new album." - Craig Johnson

They found a former double-glazing firm, under a disused bridge, in Holbeck (Leeds’ red light district), and despite having no experience of such a job, they undertook this feat. It took a year from ripping out the existing contents to finishing the album – which was then mixed in New York by Ben Greenberg, known for his work with the Sacred Bones label.

On top, Johnson taught himself how to make a record after the studio was built. “I was down there nearly every night,” Johnson recalls. “It was pretty horrible at times, but worth the pain to have control over everything. We’ve had the chance to create the sound we want, at times it’s more melancholic, and romantic.” Autobahn will follow the release of their album with a full UK tour, dates are listed on Beehive candy's tour news page. Facebook here.

Energised post punk where the drums drive the tracks momentum, whilst the other musicians slowly build up to the pace. 'The Moral Crossing' has gritty and moody vocals that are superbly matched, this is one fine rocker. 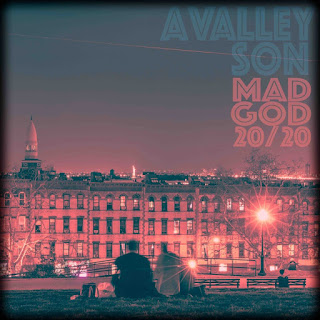 Background - A Valley Son’s newest single “Mad God 20/20”, is the latest offering from their debut album But The World Moves, which is coming out on September 7th.

But The World Moves is the follow-up to the bands' critically-acclaimed debut Sunset Park EP that came out in January. With three of the four members growing up in the South and eventually migrating to New York City, the songs are heavily influenced by the experiences gained after their arrival. The record attempts to reconcile the world of one's youth with the one we call home as adults, all while dealing with what it means for the people we become. The core question being, does anyone ever really get away?

These are not a collection of somber acoustic ruminations, but raucous songs that pull heavily from the Southern soul, rock and gospel tradition that each of the members grew up on. Just like with their captivating live performances, the band sets a tone from the first track that tries to transport the listener back and forth between the past and the present seamlessly, in the hopes that the line between memory and reality are blurred. Facebook here.

Alt rock with a little swagger 'Mad God 20/20' is our sixth song feature for A Valley Son, a band that just keeps on producing fabulous and timeless genre spanning music!