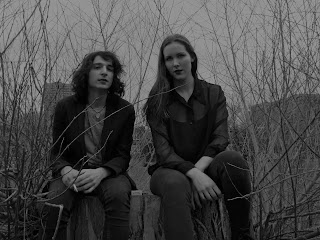 Background - Montreal's Discolor Blind has revealed 'Poor Receipts', the second single from their debut EP 'Long Vivid Dream', set for release at the beginning of September. This follows up their well-received single 'Black and Grey'.

‘Long Vivid Dream’ was recorded in Montreal between April 2013 and October 2015. It features vocalist Alexis Nadeau, who Malayeri met through a mutual friend in September 2013. The EP also involves Grammy and Oscar-winning music producer Jeff Bass, best known for his long-term work with Eminem and collaboration with George Clinton.

This EP is laced with the melancholia and angst that crept in from the cold Canadian winters Ashkan now found himself acclimatising to, summing up the myriad textures found on the record. A mix of chilled and measured washes are used as platforms for more intricate sounds from raw guitars and plaintive pianos to pop beats and even sultry jazz grooves.

Building up the songs involved a long and dedicated process, where Askhan plays the core sounds across a variety of instruments and digital methods, many of which are then replaced by other players for the final recording, and vocals added above the tracks. He likened the process to “rebuilding a large cathedral brick by brick”. Facebook here.

Our second feature for Discolor Blind in just over a month, this time with the second single 'Poor Receipts'. There is a distinctive and quite original sound emerging from this duo, where genres are merged with considerable attention to quality & detail. An underlying sense of passion, is matched by the growing energy as the song develops, fabulous stuff! 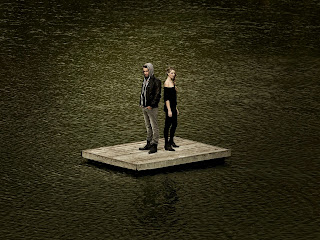 Background - With a plethora of film/tv placements under their belt, Los Angeles duo, The Rigs, debut their haunting new single “Fall or Fly.” Born out of the desire to create, TJ Stafford and Caitlin Parrott began collaborating in 2014. Both prolific songwriters on their own, their unique synth-pop meets gritty alternative rock sound immediately began gaining attention.

Their tracks have been featured on major television shows like HBO’s True Blood, AMC’s The Walking Dead, NBC’s Parenthood, FreeForms Pretty Little Liars and many more. The mix of emotive vocals, harrowing melodies and unexpected instrumentation create music that has captivated audiences and critics alike.

Their new single, “Fall or Fly,” begins with a pulsing beat and whispering vocals. Though the track begins in a subdued manner, their voices mingling in a breathy duet full of nuance and frisson, it explodes into a radioactive electric chorus that serves as a warning. Serrated distortion and a pounding rhythm build unexpectedly beneath layers of vocals that convey a suffocating intensity akin to the subject matter at hand—a relationship that is falling apart. This haunting track combines two incredible songwriting and vocal talents, each coming at the music with a ferocity that lives wildly in the melody. Website here, Facebook here.

'Fall Or Fly' might be described as synth pop meets EDM, however there are also rock undertones that need to be mentioned. By the end of the song what's really clear is, the way it moves from a more haunting start to become a very catchy and addictive track. 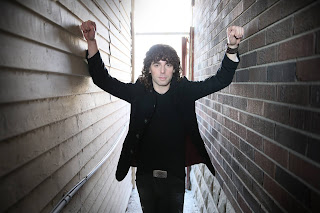 Background - Back with his new single,  "Learning to Let Go," the track  is about taking that leap of faith, letting go of the need to know all the answers and about living in the possibilities of right now.

"This was the first song I wrote with my producer and good friend Teddy Morgan who I was introduced to by John Oates (Hall and Oates).  Teddy and I wrote it in Teddy's studio in Berry Hill, Tennessee and recorded it at Buzz Cason’s studio, The Creative Workshop. Cason was a backing singer for Elvis Presley and Kenny Rogers. In 1970, he founded 'Creative Workshop', a recording studio, where Dolly Parton, Jerry Reed, Merle Haggard, The Judds, The Doobie Brothers, Emmylou Harris and Olivia Newton-John recorded material.

This past year, Josh toured the U.S. and has charted on Hot AC Commercial Radio. On tour, Josh and his band have opened for famed blues guitarist Robin Trower (Procol Harum), Kevin Costner & Modern West, Jon McLaughlin, Austin Jones amongst others; and have played shows from coast to coast. They even headlined a show in his hometown of Toronto this past March.

Josh has an amazing history - he was playing local venues in Toronto when Max Weinberg - drummer for Bruce Springsteen – saw him play. Max was so impressed, he  invited Josh to open for him at his sold out show in New Jersey, as well as play with him onstage to pay tribute to the late Clarence Clemons at Summerfest. He was then selected to play the 7908 John Oates Aspen Songwriters Festival, where he met another great mentor and now friend, John Oates who would later record back up vocals on his album and connect him to his producer Teddy Morgan. Facebook here.

Josh Taerk's fine vocals really do drive 'Learning To Let Go' forward with considerable power & passion. Musically this is also a great track, the band are just so smooth, the arrangement tight & understated at times, which works so well with the vocals. 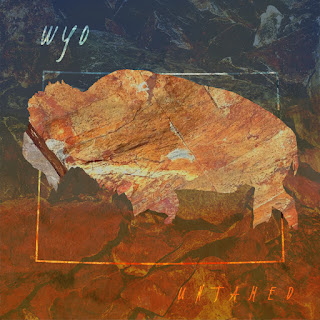 WYO - Down by the River.

Background - Indie rock outfit, WYO, debuted their cinematic, heartfelt music video for lead single, "Down by the River."  Shot in the band's hometown of Jackson Hole, Wyoming, the video features the epic mountainsides and landscapes that inspired the forthcoming record, Untamed.

The band WYO found its roots in a small town south of Yellowstone National Park.  Inspired by the surrounding natural beauty, singer-songwriter Andy Sorge utilizes an organic instrument palette to create the soundscape that is WYO.

After attending film school in New York, Andy met multi-instrumentalist, Scott McKay Gibson, and the two began composing music for documentaries, commercials, and short films together in Wyoming. Perhaps this explains the reason that WYO's music has a way of evoking such striking visuals that stir the imagination. The pair began delving into Andy's original songs that would soon become this debut album. They teamed up with Los Angeles-based producer, Brad Wood, to provide a fresh ear to finalize their work.

The product is the full-length album, Untamed. This record is a search for a place that's alive and wild. It's a record that deals with love, loss, and constant exploration. It's a tale of reconciling city life with the Wild West of Wyoming. WYO releases their debut full-length, Untamed, worldwide on October 20th, 2017. Instagram here.

An atmospheric vibe is there from the word go on 'Down by the River' a rich, melodic and quite haunting indie rock song. This is a beautiful track where the music video adds something extra, and I am left hoping it's not long until we can hear more from the band. 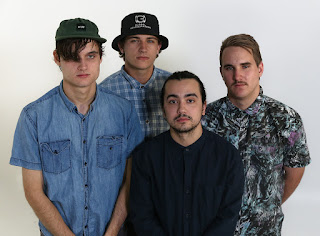 Background - Silk Village are an emerging 4-piece psych-rock group hailing from the tropical paradise of Darwin, Australia. Bringing together their signature vocals, pleasing leads, and an earthy sound to the stage and the studio. Even with the tropical heat, the band’s mellow attitude reflects the laid back lifestyle of Darwin.

Silk Village’s debut single ‘Company’ finds itself from feelings of disorientation and loneliness. ‘Company' combines unique vocals and luscious leads to create a sound that brings together the smooth style of the band.

‘Company’ was recorded at Masters Studio in Darwin, along with their upcoming EP. Even though the recording process was quick at Masters Studio, it also took place across multiple bedroom studios over the course of about 6 months.

"Being our first experience recording not just a single but our first studio release, there were inevitable set backs along the way, never the less, the band pushed through together to create a body of work that truly represents our collective intuition,” says the band on making the EP.

The band’s first release was mixed by Jez Giddings and mastered by David Briggs, who were both based in Melbourne. "They brought out what we wanted from the track, and were very professional throughout the whole process, Jez did a great job of bringing out a sound that reflected the feel and tone we were trying to communicate.” Facebook here.

A gentle start allows 'Company' both to gradually unfold and from there build into a splendid & melodic rock song. The band & vocalist work so well together & as debut songs go, this track really deserves to travel not just beyond way Darwin, but Australia as well!