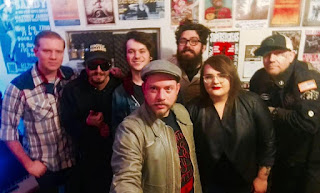 Background - American music nostalgia as if finding an odd record in your uncles hidden collection of 1970’s country and blues bands. Galloping drums with a relentless and lonesome holler reigned in by steady upright bass and soothed by the lost watering hole of pedal steel. This sound is self described as Midwest Junk Soul.

Impromptu Musicals for the Skeptic is singer Matthew James’ story album about moving to Des Moines from his home of Detroit for a girl and leaving everything thing behind including music with his nationally touring string bands. The single “Goodbye” was written on that drive as heard in the lyrics.

Director Josh Berendes is known for his work with nature including his current film on the Galapagos Islands. Here he shot these animals in their natural environment partying and playing music!  Rust Belt Union is shown as a pack helping each other load in during the grind and chill before they release art and energy like a caged animal on stage. There's a feeding of the beasts as a hot dog gets cooked on an acoustic bass. At one point the upright bassist chugs beer out of the pedal steel players boot!

As the scenes pass by it begs the question what scene does this music belong? Matthew James and The Rust Belt Union call their music Midwest Junk Soul as their sound doesn't fit the typical Americana, freak folk, or cow punk. Here lies a bluegrass rhythm and vocal cadence laced with electric pedal steel and drums. Listening to the other songs on the record, nobody is playing this style, not even the hipsters in Portland or the cool kids in East Nashville. The video shows nearly extinct instruments hitting new territory and ready to take over like an invasive species.

Capturing raw live footage and intimate b roll, the vibe is set for whiskey and cigars. If this environment seems like a get away, grab their new vinyl at sumppumprecords.com, Facebook here.

The vocals are gritty, determined and flaunt the passion that underpins 'Goodbye'. Add to this some wonderful musicianship from a band whose love for what they do is all apparent, & you arrive with one beautiful explosion of Midwest Junk Soul, a genre that very much belongs to these folk. 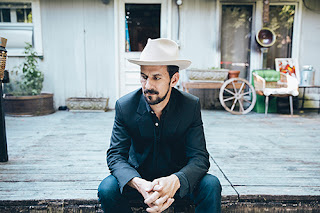 Gill Landry’s ‘Love Rides A Dark Horse’ follows his critically acclaimed self-titled 2015 album, which featured appearances by Laura Marling and Robert Ellis among other musical pals. Rolling Stone raved that the record landed at "the four-way intersection between Dylan-inspired folk-rock, atmospheric Americana, dusty cowboy songs and street busker ballads," while American Songwriter hailed it saying “these songs, and especially Landry’s honest performance, resonate long after the last note fades. They beckon you back to further absorb his heartfelt, occasionally comforting, musings on the trials and tribulations of romance-gone-sour. It’s a subject most of us have experienced, can easily relate to and one that Landry explores with taste and subtle, refined passion.” The album earned Landry dates with Ben Harper, Laura Marling, Brandi Carlile, Justin Townes Earle, Warren Haynes, Bruce Hornsby, and more, in addition to festival appearances in the US, UK, & Europe.

Landry sets the tone from the outset with the alternately joyous and ominous album opener "Denver Girls," singing, "If it's not paradise now / Tell me what you're waiting for / Don't you know there is no evermore?" The song features haunting background vocals from First Aid Kit's Klara Soderberg, who joins Landry again later for a proper duet on the driving "Berlin." Additional female vocals appear throughout the album, some from Karen Elson and others from Odessa, their presence a gentle reminder that, as Landry puts it, "it takes two to disagree."Website here, Facebook here.

The brand new single 'Berlin' is a beautiful flowing song, that exudes high class Americana. The vocals and harmonies are heartfelt, whilst the music is understated and pristine. A fabulous taste of the album to come & one that sets expectations very high. 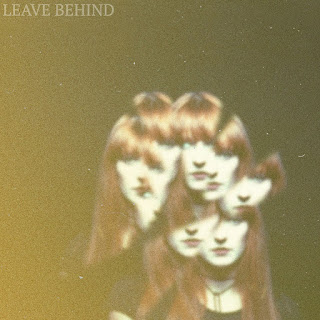 Background - Leave Behind is the first single from Sarah Cripps new album. Sarah tells us "During the making of this album, I was going through a turbulent transition in my life. I was struggling with the perception of who I thought I was supposed to be, and who I truly am.

It left me feeling pretty dark at times. It was making this record that helped me decide I would embrace the darkness and the weirdness.

I pulled myself out of the perfect box I thought I had to fit into. I found a way to create my own narrative and not subscribe to the one that is often forced on young women.

Although ‘Leave Behind’ is a reflection of losing myself and some of my lowest moments, ultimately, it’s the turning point that gave me the guts to just embrace the weirdness". Website here.

'Leave Behind' mixes Sarah Cripps melodic and poignant vocals, with a carefully constructed soundtrack that allows her voice to shine whilst providing some additional richness to the song. Melodic and reflective, I cannot wait to hear more.