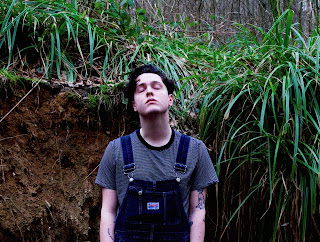 It is the solid foundation of previously being the songwriter of two well supported bands, that allows Jones to take this step up as Mr Yolk. His songwriting talents in Velvet Morning and Rocket Ship TV, have had significant attention from the likes of NME, DIY, Noisey and more, but Jones looks away from these with the intent of a more concise, focused set of songs for the upcoming album ‘Self-Portrait’.  In Samuel’s words, “when I started recording, I made the conscious decision to use fewer effects than I have done in other bands prior to this one. I wanted to make something that was a bit more concise in its rhythm and hiding behind less of those effects. When you have complete control during the construction of a song and your thoughts get re-affirmed through it, it is a really cool feeling.”

After fine tuning his skills in the world of psychedelia to a tee, he now looks to develop these ideas further, using more industrial sounds from influences such as Wire, The Fall, White Fence, The Make Up and Country Teasers. The resulting creation intertwines both fields to create a style not quite definable except that it contains Jones’ idiosyncratic songwriting flairs. “I recorded Self Portrait basically travelling up to Peckham and back constantly throughout the year on my own. A few members of my band would pop in occasionally but in a recording environment, I prefer to be alone. It is a personal thing for me ya know. My own sense of humour and views and in some cases vulnerability are on display. I don’t see how you can express those things in a completely diplomatic or democratic way you know?”.

Mr Yolk was born out of a frustrated maker and his intent to represent the importance of humour and art in music without restriction. Whether he is projecting dance, psychedelia, raw rock’n’roll or pure sexuality…he is happy to be the provocateur. In a partnership with their beloved label, Southend Records, Mr Yolk will release ‘Self-Portrait’ on the 27th of October 2017. FACEBOOK.

A woozy guitar intro is followed by subdued harmonies & vocals on 'Star Light Head Light', a beautifully laid back affair. Mr Yolk oozes cool, consider the featured song as a fine taste of the originality, varied & seductive music, that is the new album 'Self Portrait'. 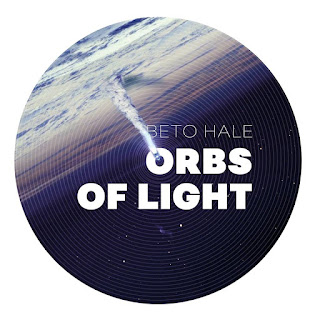 Background - Beto Hale has just released a video for his single “Orbs of Light” featuring NASA footage. The story behind “Orbs Of Light” revolves around the separation and yet ethereal connection of two human beings. One is tasked with taking the seed of life into the future the other with its pending demise, reflecting each other perfectly throughout the narrative.

It’s a visual journey of epic proportions designed to take us on a voyage reflected in the lyrics- a metaphor for the love of ourselves and mother Earth, a connection carved in stone.From Plural Films, who produced video: "The film is an epic nomadic voyage with a SciFi twist, fused with Beto's upbeat and inspirational song "Orbs of Light." Thanks again to our outstanding  actresses, to NASA for its archive video, Lorocrom for some incredible animations and a talented production team for making this video possible."

In 2016 Beto completed the construction of a gorgeous state-of-the-art facility, Los Olivos Recording Studios. The facility, designed and built by Kaufman and Associates, is a dream come true. This is where Beto will record all his new music, collaborating with LA's -and the world's- top songwriting, performing, and producing talent. The studio will also cater to an exclusive clientele in the music, film, TV and Web-streaming industries.

The video for 'Orbs Of Light' is an intriguing piece of art in it's own right, that said the song is what garnered my attention. I can think of some very positive comparisons, but lets not allow that to distract, this is a spirited & forceful track, that engages the listener from the opening beats. 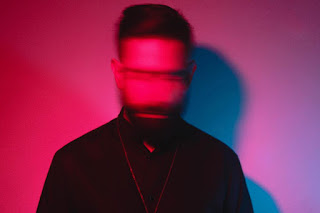 Background - "Tuesday" is the newest single by producer and multi-instrumentalist Kan Wakan, featuring Rachel Fannan and Avi Buffalo.  Tuesday is a folk-tinged lullaby with a sweet orchestral background, ideal to welcome both the autumn and the sweater weather.

Named in the LA Weekly as "one of the top 10 young songwriters in Los Angeles", Kan Wakan is Gueorgui Linev: producer, film composer, songwriter, and multi instrumentalist. Linev has produced and worked with the likes of Moses Sumney, Thundercat and Tosin Abasi. With triple LP "Phantasmagoria" soon on the way, Kan Wakan’s upcoming work incorporates guest vocalists and collaborations into an immersive melding of organic and electronic production mixed in with the orchestral flourishes of the Sofia Philharmonic orchestra.

2017 will mark a new chapter for the LA-based Bulgarian-born musician who was recently named in the LA Weekly as "one of the top 10 young songwriters in Los Angeles".  Having produced and worked with the likes of Moses Sumney, Thundercat, Tosin Abasi, and scored critically acclaimed feature film “Dead Draw”, it was time to incorporate a few collaborations of his own. With triple LP ‘Phantasmagoria’ soon on the way, Kan Wakan’s upcoming work incorporates guest vocalists and collaborations into an immersive melding of organic and electronic production mixed in with the orchestral flourishes of the Sofia Philharmonic orchestra. WEBSITE, FACEBOOK.

'Tuesday' mixes dreamy yet unfaltering vocals above a layered soundtrack where acoustic, orchestral and synth sounds collide together. Melodic & atmospheric this is a beautifully addictive song. 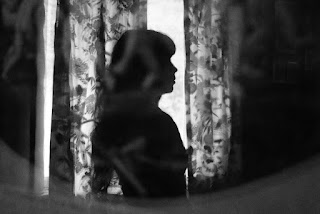 Background - Brooklyn-based indie-folk singer songwriter, Panteon announces the January 19th release of her debut EP, Travel Log 1. Today, The lead single and music video, is titled "White Jaguar." Curated, written, produced and performed by Yvonne Ambrée, the debut EP is inspired by travels across Europe and The Americas, each composition serving as an ode to the experience of a specific locale. True to its name, the 6 tracks are a charmed soundscape built for going down the road, through the sea, and into the sky.

An accomplished vocalist, songwriter and musician, Ambrée has traveled the world touring and working with a wide range of artists, such as Sleigh Bells, Little Boots, Lulu Gainsbourg, Eli “Paperboy” Reed and legendary soul singers, such as Syl Johnson, Ann Sexton and Gwen McCrae. She is also one-half of the critically acclaimed duo Take Berlin (who's debut EP, Lionize, was named “Top 10 Ep’s of 2013” by The Huffington Post, UK).

The six tracks - four songs and two interludes - weave narratives of identity and discovery. "January Keeper" began while walking over the Charles Bridge in Prague and was recorded in Berlin while in temporary exile from the US. "White Jaguar" is an ode to the Kogi of Colombia, an indigenous civilization, who still live the same way they did 400 years ago, and consider themselves as the guardians of the earth. "Ballyvaughan" evokes the rugged natural terrain of western Ireland, rocky with the unyielding presence of the Atlantic Ocean. Finally, "Hudson" describes a life in isolation and rebellion in upstate NY. WEBSITE, FACEBOOK.

The vocals on 'White Jaguar' are gorgeous, personal, and drift off in differing melodic directions. The music slowly builds, transforming the song into a more expansive piece, wonderful!