The Luck - Radio Drive - They Might Be Giants - Mitch Bullen 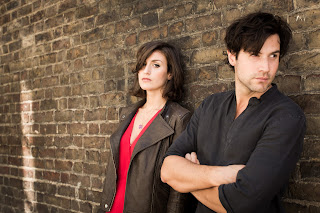 The Luck - Rise and Shine.

Background - London indie folk duo The Luck have premiered the video for their new single Rise and Shine, which is out now through Common Market Music. The Luck are Max and Esmay Luck, a brother and sister duo whose indie folk sound is influenced by their childhood musical heritage, from Fleetwood Mac and Simon & Garfunkel to Joni Mitchell and The Eagles. Singing in choirs and learning to play an array of instruments, including cello, harp, piano, guitar and bass, from an early age, they finally formed a band together in 2011.

Residing in Los Angeles over the past year, the pair have been working with Paul Broucek, President of Music at Warner Brothers Pictures, and three-time Grammy Award-winning engineer/mixer Ed Cherney (The Rolling Stones, Eric Clapton, Bonnie Raitt), and with over a million Spotify streams to their name, they will be announcing their debut album soon.

New single Rise and Shine follows their True North EP released last year and is a dramatic and emotive track with melodic vocal harmonies that build to a catchy and powerful chorus. The video was filmed in LA and directed by Jeff Thomas and the band say;

"We wanted to show the inner workings of someone’s mind when they’re trying to take themselves out of a bad situation. Jeff Thomas, the DP and director found the perfect actors, Jenna and John, to help us tell the story, captured against that technicolour light that is so unique to LA." WEBSITE, FACEBOOK.

'Rise and Shine' is a richly layered indie folk or perhaps folk rock song (it seems to veer between both). The production is very high quality, the hooks are consistent through out, and with a polished video in support, I hope this piece gets the attention it deserves. 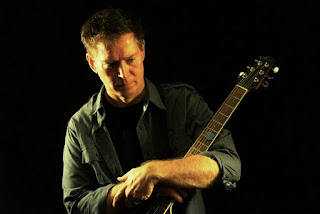 Background - Radio Drive is an Alternative Pop Rock band featuring Kevin Gullickson. As the engine behind Radio Drive, Kevin has won international awards and nominations for his songs and music videos. The music of Radio Drive is being aired on radio around the world alongside major artists and is receiving rave reviews by music critics. He has been featured on web zines and radio shows in Europe, Canada and the USA.

In mid August 2015 Kevin finished a project with internationally recognized producer, Stuart Epps. Stuart has worked with some of the most influential artists in music, in cluding George Harrison, Bill Wyman, Jimmy Page, Oasis and more. Kevin now has the honor of being listed among the artists Stuart has worked with. The result is a magnificent song entitled “Humanity”. Late 2016 Kevin released a music video for
"Humanity".

In 2017 Kevin was chosen by BEM Wireless to endorse their products. Currently Kevin has engaged in a European radio campaign and is receiving extensive radio play of his music and in September and October has been in the Top 20 on the Top Indécouvertes, Official European Independent Music Chart and in October has landed at #8. WEBSITE, FACEBOOK.

I had a few tracks to choose from and each one was in contention. 'Borders' is more alt rock than pop, it does however show off the distinct & fine vocals that are a hallmark of Radio Drives music. Some tracks are more melodic, however I'm in the mood for some unpretentious rock & roll which is taken care of in style with this song. 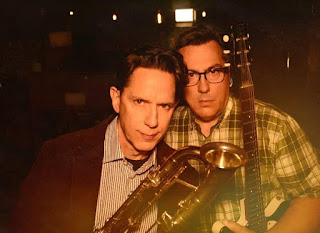 Background - Why is the world in love again? They Might Be Giants has announced the release of I Like Fun, a remarkable 15-track album to be available physically and digitally on 19th January 2018.

I Like Fun jumps with surprises, vitality, and the startling point of view of these Brooklyn originals. Over a year in the making, songwriters and band founders John Linnell and John Flansburgh draw on themes of dread, death, and disappointment and set them to their driving, hyper-melodic music. The results will leave even the most heavy-hearted among us with a renewed sense of wonder. Fresh and sonically adventurous, the band’s command of the studio and the song is in rare form from beginning to end.

On I Like Fun, the spotlight is also on the band’s formidable long-standing live lineup; drummer Marty Beller, bassist Danny Weinkauf and lead guitarist Dan Miller. While the group enjoys a reputation for delivering one of the liveliest shows around, the album accomplishes the rare feat of capturing that ecstatic intensity on disc. Co-produced with and mixed by Patrick Dillett (St. Vincent, Donald Fagen, The National, Mary J. Blige), the album was tracked and mixed at the brand-new Reservoir Studios—site of the legendary Skyline Studios where TMBG recorded their platinum-selling album Flood.

It's been a long while since They Might Be Giants first appeared on my musical radar and the new song 'I Left My Body' is going to get me digging out some of their old albums. They can certainly still turn out a pleasing song, this one being a case in point, it's catchy, powerful and uniquely their sound. 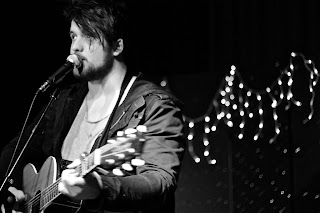 Mitch grew up in a musical household, listening to his songwriter Dad's classic rock records, before graduating to generation x emo bands. He tried his hand at automotive engineering and industrial design in two different universities before realising he hated physics and maths, and opting for a career in personal training. But with more music than sweat seeping out of his pores, he decided to move to the music capital of the world, London, to seek his fortunes.

Mitch performs regularly in London's singer songwriter clubs at night and makes a mean coffee as a barista in Fitzrovia by day. With songs that are like short poems inspired by life, time and relationships, Mitch sings with a dreamy zeal that goes straight to the heart. WEBSITE, FACEBOOK.

'The Fray' will be followed by another single in November, Mitch Bullen would appear to be in a creative mood. The song gently unfolds with his vocals and a delicate acoustic guitar allowing the track to build, and yes it builds! The vocals are exceptional & the musical arrangement allows them to shine, it's a simple case of more please!