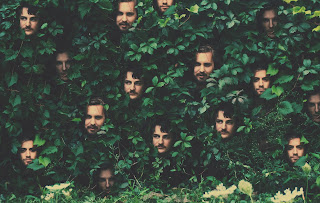 dreambeaches - the only reason you want to go to california is that it's the closest thing to heaven in your mind.

Background - Western NY based baroque rock act dreambeaches new single "the only reason you want to go to california is that it's the closest thing to heaven in your mind," is off their new EP Disappearing Act.

This song is a narrative of a deteriorating mental state. To me, the song is an exploration of what it is to leave a life behind in pursuit of happiness, by way of moving, by way of chasing gold, & even by way of death. The song is set in the Southwest U.S., a place where I’ve spent a lot of time and think about often. There is so much open air and promise. I thought using California as a double entendre for death worked well because they both have a history of attracting those seeking. The main character doesn’t give an explanation on why they left, but they do give every bit of their remaining self to those they’ve surrounded themselves with. I think what I hope to get across to the listener is that the gold in life is what you give and you aren’t going to find it anywhere else.

dreambeaches is an art rock band based in Buffalo, NY consisting of members Corey Bzibziak (lead vocals, guitar), Jacob Peter (bass, vocals), Gabe Wells (drums), & Andrew Kothen (lead guitar, vocals). Since the release of their first EP ‘Habits’ in 2016 the band has been making their way around the Northeastern US and Canada and will be touring to the Southeast this fall in support of ‘Disappearing Act’. dreambeaches comes from an array of influences including Grizzly Bear, Rubblebucket, Hiatus Kaiyote, Pinegrove, Of Montreal, Bombay Bicycle Club & more. FACEBOOK.

OK so the title is quite something, that said 'the only reason you want to go to california is that it's the closest thing to heaven in your mind' is a thoughtful song with an alt rock feel to it. The vocals and harmonies have a west coast vibe, or is that just the title playing tricks with me, either way its a fine track. 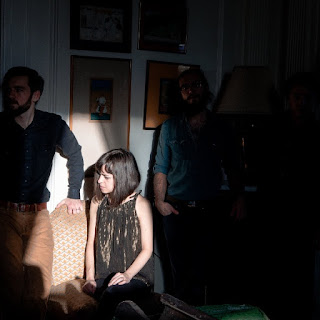 El Lago - Into The Clearing.

Background - Galveston, Texas might be known as a coastal destination for Texas vacationers, but for the pedal soaked music of El Lago, Galveston is home. Mixing sounds that hint of what would happen if Cocteau Twins and Kate Bush covered the music of Spiritualized, the band has been known to cause a stir with their dreamlike performances.

The four piece has always crafted plenty of soundscapes to compliment the vocals of lead singer and guitarist Lauren Eddy, and their recent recordings with Austin Sepulvado (Buxton, Dollie Barnes) and Grammy winning engineer Steve Christensen (Robert Ellis, Steve Earle) seem to capture the magic that the band crafts together on what will become their debut full length release.

With the lead single "Into The Clearing," the band gives listeners a glimpse into what's to come from forthcoming debut full length Colors due November 4 from Miss Champagne Records. The band is set to perform and tour in support of the album throughout 2018. WEBSITE, FACEBOOK.

'Into The Clearing' is a combination of exquisite & melodic vocals, refined rock music along with alternating time signatures, that add another dimension to the track. It gives some indication of what the album has to offer, however it is only after listening to all the songs that the above comparisons make reasonable sense. Overall we have eight very strong tracks, each of which possibly made choosing the lead single something of a challenge. 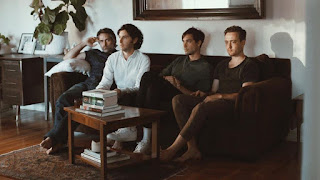 Background - Line & Circle announces new EP, Vicious Folly, shares first track "Man Uncouth". Ohio-born, Los Angeles-based Line & Circle will follow up their acclaimed singles and debut LP with their new EP Vicious Folly, due Dec. 1 via Grand Gallop. The bulk of the record was tracked live to tape in one day at Los Angeles’ Vox Studios with Michael Harris (Angel Olsen’s My Woman), with additional sessions in various warehouses, bedrooms, and backhouse studios around the band’s Echo Park neighborhood. The project was mixed with frequent collaborator Jonathan Low (The National, The War On Drugs) at Aaron Dessner of The National’s Long Pond studio in Hudson Valley, New York.

At a moment when cultural divisions seem increasingly tense and tribalistic, Vicious Folly explores a belief the Romans held centuries ago: homo homini lupus — man is a wolf to man. Whether the conflicts here are romantic (“Man Uncouth”), ideological (“Vicious Folly”), or familial (“Who Runs Wild”), the songs contemplate the disquieting idea that man himself is his own greatest threat. Vicious Folly brings the resulting emotional complexity to life by expanding on the band’s characteristically moody but vibrant color palette. Interweaving bass clarinet pulses and distorted tape loops move underneath minimalist patterns of chiming guitar and bass melody counterpoint. Singer/guitarist Brian J. Cohen’s dramatic tenor pulls across the songs’ brisk rhythmic foundations, which are more unhinged here than in previous releases.

The record’s cover images, Peter Flötner’s 16th century hand-painted playing cards from post-Reformation Germany, offer further support. Flötner used his cards to depict and denounce the perceived greed, gluttony, and folly of his time. That the imagery strikes a chord today — as it surely did then — is either deeply comforting, or incredibly disconcerting, depending on your information filter. Perhaps only one thing is certain — we won’t agree on the answer anytime soon. WEBSITE, FACEBOOK.

The slightly urgent pace of the music on 'Man Uncouth' is set at odds with a more measured vocal delivery. Combined it really works well, a mixture of energy and patience, or mood and excitement.