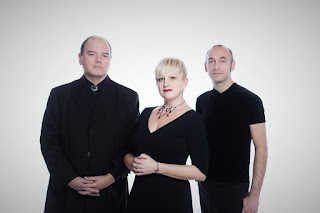 Background - Chicago's newly-formed Sett Records has announced the release of "the fall", the new maxi-single by Minneapolis-based trio autumn, who, in their 20 plus years, have always made a big sound.

Autumn is Julie Plante (vocals), Jeff Leyda (bass), and Neil McKay (guitars). Forming in Minneapolis in 1994, autumn has always sought to create melodies that get the listener to feel something deeply, that have the ability to haunt you in some way after the fact. The band released two albums on Tess Records - "the hating tree" (1996) and "return to the breath" (1999), with accompanying tours in support of each album before taking an extended hiatus.

Time, and perhaps fortune, brought them back to the source, each looking to express that nameless feeling that drew them together so many years previous. In 2016, a plan was hatched, and they contacted producer William Faith (Faith and the Muse, Christian Death, The March Violets, The Bellwether Syndicate), who had produced autumn’s debut album with the idea to bring the home team back together to produce something new, with a bit of old world charm.

Between the lost promises of summer and the bitter austerity of winter lives the time between; the shorter, pallid days, the dying leaves, the melancholic reflection of time as it passes… This pensive time between has been evoked and pondered in the words of poets ranging from Yeats to Keats, and once again it finds sublime expression in the lush, passionate, melodic, dark pop of autumn.

"the fall" is the band's brand-new 3-song single, produced by William Faith and released on Sett Records. Leading off with the track “the fall” the band inhabit the onerous tension between ire and loss, with vocalist Julie Plante spitting “I saw the light, and it was not where I needed it to be” over the haunting guitar refrains of Neil McKay and Jeff Leyda’s serpentine bass work, driving the beat onward. WEBSITE, FACEBOOK.

There is something just a little Gothic sounding with 'the fall' however it is more than that. Layers of atmospheric music swirls beneath the dramatic and emotional vocals, the song builds (& builds) into a storm of passion, fabulous. The second track 'Before & After' if anything takes the emotional vibes even further, followed by a remix of 'the fall' that turns everything around in a curious way, one that I am still not sure about. That said, Autumn have something special on offer with these songs. 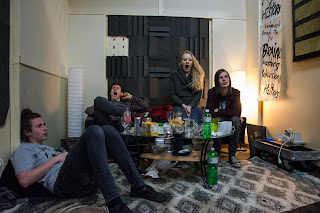 Background - A lot of bands have dreamed of it - Useless from Winterthur finally have made it!

They've been invited to play on mainstage of Musikfestwochen Winterthur, one of the country's most renowned festivals.

With their playful grunge and noise-rock they took the audience in a storm. Now Useless release their new ep 'Neglect' with their leadsingle 'Madcap'.

There the band is combining the melancholy sound of the 90s with their very own energy. Overall lies a strong lo-fi-attitude - and a strong brash feeling. FACEBOOK.

From the five track EP 'Neglect' we have the opening song 'Madcap' a gritty and loud rocker, with a potent rhythm and fully fuelled vocals. Don't expect any respite from the other four tracks, Useless might be the bands name, but when it comes to serving up Grungy, powerful and addictive rock, they are nothing of the sort. 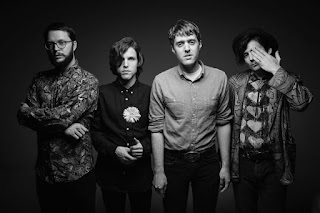 Small Reactions: “I’m dying for your light,” Small Reactions’ singer and guitarist Scotty Hoffman sings on the band’s new single “Dinner Song.” Serving as the track’s brief refrain, the line is perhaps more like a mantra for the band’s current state. Small Reactions has always written pop songs, but noise, grit, and reckless abandon helped to not get too comfortable with the label “pop music.”

On “Dinner Song,” though, the band lets the track stand on its own as an unapologetically catchy single. Trimmed to a taught 3:02, the song finds the band as relentless as ever, but its crystalline post-punk foundation is embraced head on. Polish might not be the right word (it intentionally never will be for Small Reactions), but clarity of sound and purpose is. 16th notes hi-hats, 12-string guitars, a kettle drum, and a file cabinet: it’s a good look. Perhaps pop music is subversive after all? FACEBOOK. 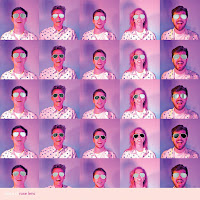 Dot.s: Dot.s is the little baby that Ryan James and his friends Bonnie, Joe, Nick, and Garrett brought into the world under their mutual love for drums and synthesizers and the way people move when the two are put together in the right way. Since their initial formation in 2015,

Dot.s have released two full length albums {Jellyfiss (2015) and We Swim (2016)}. While the two are different in theme and scope, they both attempt to take “dance music” to a place that is unfamiliar and confusing and sweet. “Rose Lens,” their third official release and first official one-off/not-on-an-album thing. It was recorded with Damon Moon at Standard Electric Co. in Atlanta, Georgia. FACEBOOK.

A split single where first we have Small Reactions and 'Dinner' Song'. A tight indie rocker, the vocals are well up in the mix giving the song some character, whilst the band deliver up some pop warmth. Dot.s follow with 'Rose Lens' a psych vibe is there from the opening notes as synths and vocals are supported by more traditional sounds. The contrast between the two songs is significant, however putting them together works really well, they compliment each other in a fine way. 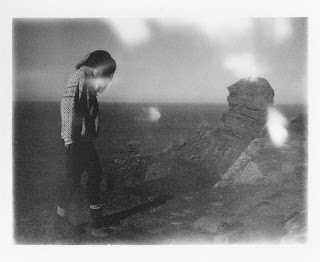 Curated, written, produced and performed by Yvonne Ambrée, the debut EP is inspired by travels across Europe and The Americas, each composition serving as an ode to the experience of a specific locale. True to its name, the 6 tracks are a charmed soundscape built for going down the road, through the sea, and into the sky. Gorgeous photos (taken by Ambrée herself) of the locations highlighted on the EP were also taken to accompany the tracks, and can be seen in the artwork.

"Ballyvaughan" was written as an ode to Ireland's western coast on the Atlantic. Impose says, "The title of the song – “Ballyvaughan” – comes from the small harbor village close to ‘The Burren’ — a unique rocky wilderness area. Boireann, means “great rock” in Irish and ‘The Burren’ is one of the most beautiful places Ambrée says she’s ever been," adding "A place like this could pull the poetry out of anyone, but there’s something in the way Ambrée expresses it with her dreamy vocals, introspective lyrics, and sonic precision."

An accomplished vocalist, songwriter and musician, Ambrée has traveled the world touring and working with a wide range of artists, such as Sleigh Bells, Little Boots, Lulu Gainsbourg, Eli “Paperboy” Reed and legendary soul singers, such as Syl Johnson, Ann Sexton and Gwen McCrae. She is also one-half of the critically acclaimed duo Take Berlin. WEBSITE, FACEBOOK.

We featured 'White Jaguar' by Panteon less than a month ago and now 'Ballyvaughan' gives us a second helping of gorgeous vocals and another melodic and atmospheric piece. Indie Folk with creative twists and more, this is a very impressive song.