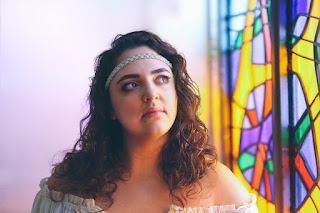 Background - LA-based, Australian songwriter Shelley Segal has announced her latest single Somebody Like You, a rock-infused, in-your-face song about a relationship interrupted.

Somebody Like You is a heavy track, and not just in sound; it details the trauma of being told by family that your relationship must end for the sake of religion – in short, it’s the perfect song to release in the midst of the polarising and supremely topical same sex marriage debate. Electric guitars wail and drums propel the song forward with a strength that Shelley has harnessed herself, as the chorus soars to the heights of her vocal range.

Somebody Like You soundtracks a confusing, difficult time in Shelley’s life, as she explains, “When I was 18 years old my family told me I needed to break up with my partner because he wasn't Jewish - in line with our religious traditions. I chose to fight for the relationship with my then-partner, leaving home and moving in with him and his family.

Shelley has been living and working in Los Angeles for over a year now, and is currently Stateside touring Somebody Like You. Since making the move overseas Shelley has achieved a lot; spending her time writing with different artists, performing non-stop, and opening her own publishing company which saw her score a sync with the Emmy-award winning web series Venice.

Shelley loves her new city, but is looking forward to her brief visit home to celebrate Somebody Like You with a few shows. She enthuses, “These new songs have a rockier edge than I've had before and I'm excited to share that energy onstage. Coming home will be bittersweet as it makes me a bit homesick but it will be special to be at home and play these new songs to my fans and friends. As usual audiences can expect lots of stories. Maybe even a bit of the shiny sheen of shameless LA pop will make it back over the pacific with me, we'll see.” WEBSITE, FACEBOOK.

The subdued musical arrangement contrasts beautifully with Shelley Segal's vocals as 'Somebody Like You' unfolds. The power is upped and a more forceful rock backdrop emerges, and as the vocals are immersed within, some additional edge is given to the song. 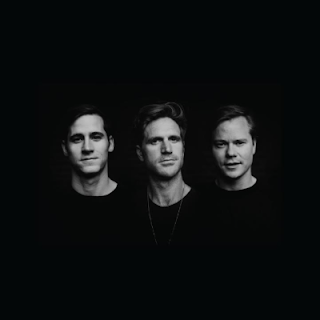 Background - VHS Collection share their latest single "Sign", which has been featured on Spotify's New Music Friday Playlist upon it's release. The band is currently gearing up the release their debut LP, which is due for release in 2018. Stay tuned for more new music and info coming soon.

VHS Collection is a rock band from New York City that has gained a reputation for high energy live performances and a unique blend of rock, electronic, and disco influences.

VHS Collection’s songs have been streamed over 25 million times on Spotify and the band has seen festival performances at Lollapalooza, Austin City Limits, Bunbury Festival, and Okeechobee Festival in the last year.  VHS also sold out a headline show at Bowery Ballroom in February and Music Hall of Williamsburg in June, as well as LA's Troubadour, in addition to sold out club dates throughout the mid-west and throughout the west coast.  The band has released two EP’s to date and will release its first full length record late this fall.

VHS has remained independent and is self-managed. They they are able to reach a growing audience via Spotify and other social media outlets without a label, and have also built a live following by word of mouth.  The band sold out Bowery Ballroom and NYC’s 700 cap Music Hall of Williamsburg in the last 6 months and also played several major West Coast headline dates, including LA’s famous Troubadour. FACEBOOK.

Electronic vocal harmonies open up 'Sign', before the beats kick in. It's then a flowing mixture of refined vocals and a rhythmic backdrop, both elements creating atmosphere and melodic vibes. 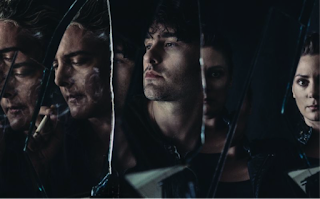 Background - Black Rebel Motorcycle Club are currently putting the finishing touches to their forthcoming eighth studio album, the follow-up to 2013's Specter At The Feast, entitled  Wrong Creatures which will be released on January 12th 2018.

The band have already treated fans to three instant grat tracks, first single “Little Thing Gone Wild”  a dirty, sexy, rollicking ride of big licks and heavy bass – which was the inspiration for the LP's title, drawing on a lyrical passage. “Lord you hear me loud into my soul speaker, why won’t you let me out, you’ve got the wrong creature’.  Next up came the Cave-esque murder balladry of “Haunt” , followed by ‘Question of Faith’. On 20th November the band made a fourth track available – ‘King Of Bones’.

BRMC - Robert Levon Been — Bass, Guitar, Piano, Vocals, Peter Hayes— Guitar, Bass, Harmonica, Vocals and Leah Shapiro — Drums, Backing Vocals, Percussion, started to formulate the album in the summer of 2015. Shapiro was six months clear of  life-saving brain surgery for Chiari Malformation, a rare disorder the restricts the flow of spinal fluid between the brain & spine . The trio had come off a tour and began sketching out new songs in their private lockout space appropriately nicknamed ‘The Bunker’ in North Hollywood. “It’s a crazy making machine, it can chew you up good, I mean we literally toured ‘till the wheels came off and Leah’s brain literally started leaking out of her head” says Been. “I know I’ve battled on and off with mental depression, and Pete’s head never came with any proper instructions.”

Nick Launay, famed for his work with Yeah Yeah Yeahs, Arcade Fire and most significantly here Nick Cave & The Bad Seeds, came in to produce the album, and became a fundamental part of the BRMC machine, providing the band with a sounding board. “I find myself writing about death a lot,” says Hayes. “I find myself having a discussion with death, which sounds dark. For me, it's dark humor.”

Adds Been “We are truly an island – come hell or high water, so it’s usually best to dress accordingly. Though I’m not sure what the proper attire is when drowning in fire. But leather usually goes with everything.” WEBSITE, FACEBOOK.

I know that Black Rebel Motorcycle Club are more than likely to be given plenty of attention elsewhere however 'King Of Bones' is just to good not to include on Beehive Candy. It's dark, moody and heavy rock & roll with all of the potency this band can deliver. With four songs already shared, I wonder just what else the band are holding back on.