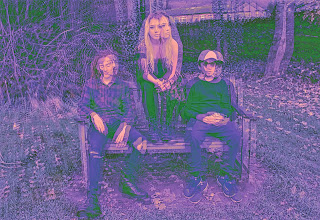 Background -  Electronic pop trio Ambiere have announced the release of their brand new single Tree Of Life, capping off an impressive first twelve months for the band with widespread online acclaim greeting their arrival on the indie landscape.

Having drawn encouraging early comparisons to acts including Portishead and The XX, alongside substantial support from BBC Introducing, the Manchester outfit’s ambient, soothing style has already won plenty of admirers following the release of their debut EP earlier this year.

With shows in support of Tree Of Life taking place this week, the three-piece, comprising of Amber Lane-Mcivor, Jake Blythe and Oliver Lamb, will be showcasing their creative live performances to new audiences and looking to further enhance their growing reputation going into 2018.

Discussing the release, the band stated: “The track was written about the feeling of waking up from a nightmare, and the intense panicky feeling you get as you try to separate reality from what’s been going on in your head”. Ambiere’s I See Faces is released on 8th December and will be available on all platforms. FACEBOOK. 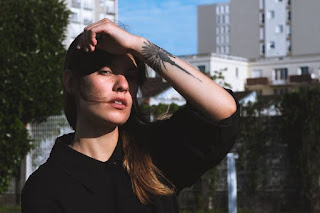 Praa espouses a modern soul for generation Y, full of ambition yet sweet and pure in nature. With hints of Jorja Smith, Kehlani and NAO but with a French swagger that brings out something altogether deluxe in the mix. Beyond her artist name, there is an erudite young woman who has a great ability to synthesize all of her influences. As she builds towards a debut LP expect to hear a potent array of tracks traversing RnB to evanescent Trip-Hop and even 90’s New Jack over the coming year. All based around a sparse and minimalist production sound which will inevitably entice each listener with more reward upon each listen as you enter Praa’s absorbing universe textured with rich vocal work and the warmest of melodies.

Praa has signed to fledgling French label Elephant & Castle founded by producer Timsters, and with a compelling video for Modeling Clay on the way and live dates being booked things are set to shine. Big radar act for 2018, certainement. FACEBOOK.

'Modeling Clay' is a stylish rhythmic song with gorgeous vocals and a restrained and beautifully precise musical arrangement. 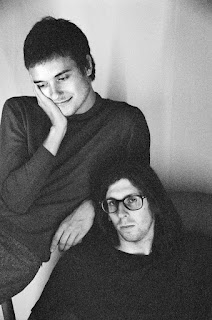 Talking about the track, vocalist Brandon Hagen said: "Diver' is one of those songs that pours out. I wrote it in about 5 minutes after 2 years of impasse and refusal to giving certain feelings shape or acknowledgement. The levy broke and the song is what came out of it. It's a document of grief, sitting in the wake of loss and taking note of ones location with acceptance but without resolve."

The band is set to release their brand new album Smell Smoke  on February 23rd 2018. The sludge-indie record, which includes single Acetone premiered recently on Noisey, is an exercise in dealing with songwriter Brandon Hagen’s experience of taking care of a loved one who suffered a severe illness.

Vundabar have built a massive following through non-stop touring and their signature brand of jittery, rambunctious post-punk, yet much of their music hints at something darker beneath the surface. The band just wrapped up a two month Autumn/Winter US tour with The Frights and Hockey Dad. Today they announce their Spring North American headline tour with support from Ratboys, which includes a stop through SXSW. FACEBOOK.

A chunky riff and definitive slacker feel launches 'Diver' a song that occasionally ups the power but always allows room for some cool vocals and harmonies. 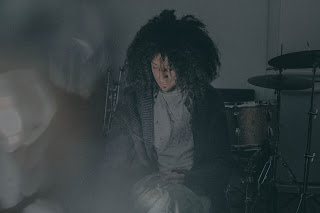 Michael Jablonka - I Found You.

Background - With a beauty of a guitar riff that takes up residence in your skull and delivers a spark to your soul, Michael Jablonka’s second single cuts straight to the chase with its fat rootsy-garage-rock swagger and doesn’t even consider letting up till it’s done.

‘I Found You’ was one of the first tunes the Londoner wrote as a solo artist, though it took a while to manifest. “I had writer’s block,” explains Jablonka, “and a chorus with nothing much else. I imagined the verses to be a constant build up and wanted the chorus to be that break-free moment.”

Sonic form to suit the lyrical content, then, as ‘I Found You’ details that feeling when you finally obtain what you’ve been avidly seeking. And on the subject of discovery, Michael Jablonka’s emergence as one of UK most thrilling new singer/guitarists is sure to be further cemented by this fretboard-searing earworm.

Michael Jablonka is a musician so prolific that you may think he devotes every waking hour to his art and, if the fantastical nature of many of his songs are anything to go by, several hours of his dreams as well. In addition to performing as Michael Kiwanuka’s chosen guitarist – a role that has found him touring arenas and festivals worldwide this summer – Jablonka has been fine-tuning his own powerful 21st-century take on bluesy alt-funk and soulful indie-rock. Proof that there’s still nothing to tingle the spine like soul-soused mastery of raw electric six-string, Jablonka’s gifted, intricate guitar skills bely the no-frills anthemic intent of his rootsy songcraft – sonic elevation designed to liberate the listener from the confines of their reality.

Born and bred in the capital, 27-year-old Jablonka has been gigging since the tender age of 14 as an in-demand guitarist for hire. Those to have enjoyed his dextrous services include Charlie Brown, Stooshe, Shakka and Delta Maid before fellow North Londoner and Brit-soul sensation Michael Kiwanuka came calling. Around the same time, Jablonka decided it was time to blaze his own trail as a bandleader and songwriter, collating a set of crack musicians and intense yet universal alt-rock’n’soul tunes that scream for wider appreciation. FACEBOOK.

Second time on Beehive Candy for Michael Jablonka having been massively impressed first time around. 'I Found You' continues the momentum with another feisty rocker with some fine vocals and superb guitar moments. 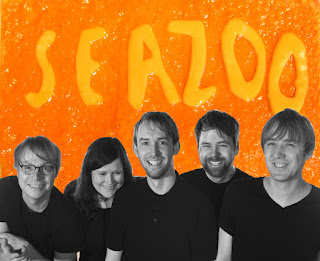 This latest effervescent number, concerning a re-occurring dream that eventually slips into waking life, sees the quintet showcase their trademark quirky tendencies with driving guitars and infectious vocals unrivalled by many of their peers.

Fresh from supporting psychedelic punk rockers The Lovely Eggs on their UK tour, alongside sharing bills with Peace and IDLES in recent months, the band’s latest release further builds anticipation for their debut record with the influences of acts including Grandaddy, Super Furry Animals and Yo La Tengo shining through once more.

'Dig' is a very catchy song, with some melodic guitar work alongside some very likable vocals, and an upbeat vibe throughout. 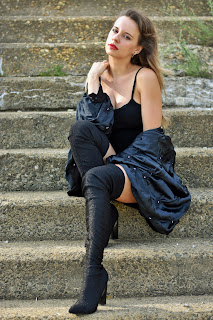 Background - "Tsaritza' is the wife of the Tsar and mother of princess Anastasia, and since 'tsaritza' is the Russian word for 'queen', the name pays tribute to my all-time favorite band, Queen. In addition, 'zarya' is the Russian word for sunrise, intense and bright, which always sounded beautiful and resonated with me. So I decided to combine these references to create a name that is appropriate to my personality, music, energy, inspiration and cultural heritage."

Zaritza emigrated to the U.S. in pursuit of greater creative freedom and a career in music. In the years since, Zaritza has performed her original electro-pop/rock music at clubs and other venues around the Northeast, including the Rainbow Room and the Metropolitan Room, as well as releasing her album at Drom in New York City; the Saint in Asbury Park, NJ; the Newport International Film Festival and opening for the Trans-Siberian Orchestra on one of their U.S. tour dates.

"Music is my passion ... it's a universal language that connects people and cultures". Zaritza's songs reflect a life between two worlds, as an American who came from Russia, she explores themes that we all can relate to -- love, identity, alienation, dreams, disappointments -- amplified through her experiences, and struggles, as an immigrant.

Zaritza has been making music since she was a small child. She spent her youth in Russia studying, practicing and performing classical piano under an intense curriculum for gifted students. She won numerous regional piano competitions and received awards and a stipend from the government. As a teenager, Zaritza also began to write pop songs and, by the time she was at her university in Russia, she was performing and recording her original music.

Zaritza's musical compositions and production merge the energy and innovation of modern American and British rock/pop with the drama and romance of her traditional roots in Russian and other classical piano. As such, her influences range from Rachmaninoff to Radiohead, from Garbage to Grieg, from Mendelssohn to Massive Attack. FACEBOOK, BANDCAMP.

With eleven songs to choose from I settled for 'Rocket Girl' from the Self-Titled album as I feel it is pretty representative of the whole. Expect plenty of atmospheric and gorgeous vocals across the album along with some fabulously constructed music, and some addictive hooks. 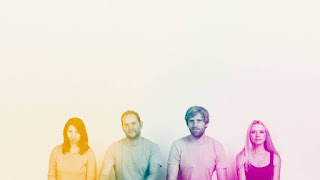 Background - London’s Lydian Collective release their second single Legend Of Lumbar a few days ago, it will be available globally on all streaming and download services.

The band have already attracted a huge online following – with 1.4 million views for their YouTube channel and a host of solo credits between them (from Roots Manuva to popular iOS game Monument Valley). Their unique combination of accessible melodies, accomplished musicianship, hypnotic rhythms and uplifting music has won fans around the world – before they have even released their highly anticipated debut album.

Thirty-One has had a huge reception on Spotify, attracting playlist additions in its first week putting it in front of over 250,000 users. As we speak, the track has been streamed nearly 70,000 times.

Drawing inspiration from Jazz, Electronica, World Music and Film, the band have had early support from key UK tastemakers like Nick Luscombe at Flomotion/BBC Radio 3 – and have played at major Central London venues such as the Royal Festival Hall Clore Ballroom.

Legend Of Lumbar is the second single from the debut album ‘Adventure’ (set for release in early 2018), and it shows off the band’s manifesto. The band take more of a groove-based approach than they did on Thirty-One, with inspiration from Aaron Wheeler’s electronica alter-ego Laszlo.

The killer rhythm team of Ida Hollis and Sophie Alloway lead the way, with another killer melody from Aaron Wheeler and Todd Baker (keys & guitar). Todd was the brains behind the soundtrack for the recent iOS game Monument Valley – and you can hear hints of this in the new single. Look out for another single which will drop early January, before the flawless debut LP ‘Adventure’ is set free. FACEBOOK.

'Legend Of Lumbar' helps explain the amount of attention Lydian Collective have been getting. Vibrant and dynamic music that reaches across Jazz and Blues genres (& a few others) this is superbly crafted musicianship.