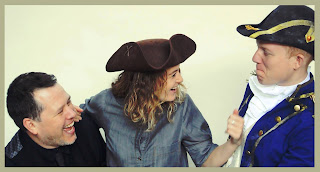 Just over a week ago we featured 'Wintersun' and commented regarding that particular song from the EP "(Wintersun) has a timeless folk feel to it. Gently melodic the vocals and harmonies are natural and pleasing."   'Wintertide' the title track was the song I most wanted to feature from the EP however it was not available. Happily now it is, along with a fabulous video, enjoy! 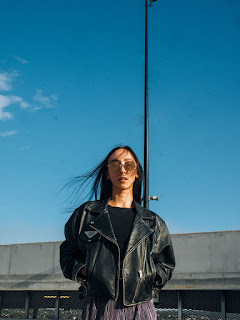 Background - JZMN JYN (pronounced Jazmine Jane) is singer/songwriter based in Sydney, Australia. JZMN has spent the last 3 years traveling the world, writing and recording her experiences into musical works.

Inspired by the lyrical story telling of females songwriters such as Alanis Morissette & Stevie Nicks and the performance of hard rockers such as Courtney Love & Joan Jett. JZMN JYN presents as a 90’s punk/rock front woman promoting girl power and unapologetic self expression. Her catchy hooks, poetic lyrics and classic rock n roll sound tell the stories of her personal tragedies and triumphs. JZMN JYN’s sonic creations are bound to connect & empower.

Going Under fixates on the final moments of a relationship, it's about the moment you realise enough is enough. Drawing from personal experience JZMN JYN explores feelings of anger, heartache and ultimately self-worth. JZMN JYN’s hearty words are served over anthem-like melodies, funky bass line and euphoric guitars that will make you want to dance and sing until your lungs give out.

After taking the song into multiple co-writing sessions, JZMN JYN stepped into the rehearsal studio with her band mates, bringing them nothing but a chorus and a verse. “ I sang the chorus a few times and one by one the boys came in with what they thought might fit. It just happened to be exactly what i was envisioning. It came to together like magic” .

The song was then recorded at A-Sharp Studios, a professional recording studio tucked away in the south-western suburbs of Sydney. JZMN JYN looked to producer Nathan Sheehy (Birds of Tokyo, Dune Rats, Bluejuice) to lend his artist flare and produce the track.

“The song was just a chorus for almost a year. I wrote it whilst on a 24 hour boat ride in the middle of the Adriatic sea heading from Italy to Greece. The view of an endless ocean was an exact metaphor of how I felt in my life and relationship at the time which inspired me to put pen to paper” - JZMN JYN. Upcoming Shows: Going Under Launch Show - 21 December, Brighton Up Bar, Sydney. FACEBOOK.

'Going Under' is a potent rocker where the bass, drums and lead guitar all fight for attention. It's JZMN's vocals that rise above all of that with some feisty and notable singing, this is raw rock & roll with some real character.