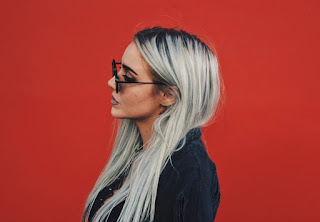 Background - The latest alt-pop single from Amy Guess is called "Wicked Memory" and it's the first single since the release of her 10 Times Out of 10 EP earlier this year.

Amy Guess was born and spent her early childhood in Calgary, Alberta, Canada. The family moved to Las Vegas when she was 12 where she played lounges in cover bands that eventually landed her a job as a singing gondolier at the Venetian Hotel while she was still in high school.

A meeting with Grammy nominated producer, Rusty Varenkamp led to “Moonlight,” the single that put Guess on the map that garnered over 500,000 streams. They began working on Ten Times Out of Ten soon thereafter which was released in early 2017. Of the single “Comatose”, Impose Magazine says, “Guess has crafted a robust pop song in “Comatose” with lyrics that are easy to sing along and a tune that you find yourself humming once the song has ended.”

Amy’s voice moves between tearful, dramatic pleas to quiet expressions of devotion. Her vocal range brings a touching honesty to life’s darker moments. “I like peeling back layers that you don’t even know are there, to unlock something real,” Guess says. “When I’m singing or writing, It goes deep. You’re letting out your deepest most private and sometimes darkest stories and emotions, even though it’s a healing experience, it can be heavy letting those things out.” FACEBOOK, WEBSITE.

'Wicked Memory' is fine alt pop that mixes electro sounds, intricate beats and powers up into a dramatic and rock solid chorus line. 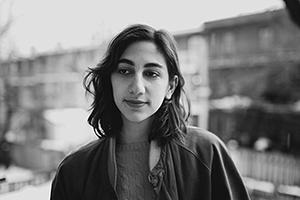 Background - The new video from Common Holly for the track 'Nothing' from her album Playing House, has just been released.

“Playing House is an expression of how I want to begin my adult life. It is my first real effort to create something that is entirely deliberate—the beginning of my journey of thoughtful action, and of daring to express myself outside of my bedroom. The creative process expresses my learning to take up more space and to put my silence behind me, while also dealing with the ending of a formative four-year relationship that had become the center of my young adult life.”

Common Holly currently resides in Montreal and has just finished up playing shows with The Hotelier, Julien Baker, Tim Darcy, Half Waif, Land of Talk, Fazerdaze and Julia Jacklin and Chad Van Gaalen.

The project focuses on putting unpredictable compositional elements into a singer-songwriter/folk framework, packaging them into textured, eclectic electro-acoustic production. Her album, Playing House, is centered around the notion that it is conscious thought and deliberate action that defines and cements maturation from child to adult. WEBSITE, FACEBOOK.

Having featured Common Holly back in August it's a pleasure to be able to do the same again this time with the new music video for 'Nothing.' A stripped back song, the vocals are centre stage and beautiful. 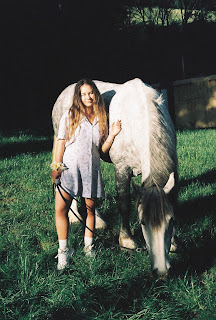 Featuring both its title track and the generational anthem "For Real," Mallrat's Uninvited EP introduced her to the world, instantly grabbing fans with her magnetic musings on everyday life in all its glorious mundanity, told through a next-gen pop kaleidoscope, touching the hearts and minds of many across the globe. With multiple tracks shooting straight to the top of the Hype Machine charts, Mallrat quickly got heat from tastemakers like Stereogum and Noisey, and the EP has racked in over 11 million Spotify streams to date.

"Better" is the enthralling next chapter for Mallrat. Once again, we’re offered a sugar-coated, blissfully melancholic commentary on the commonplace life of a 19 year old, fresh out of school. Expertly written by Mallrat herself and co-produced by Konstantin Kersting and Andrew Dawson (Kanye West), "Better" is another undeniable gem from the Brisbane-based artist, reminding us just what an exciting and rare talent she is. The track premiered via Stereogum and was included in the New York Times' weekly playlist, saying, "while Mallrat circles through her melodies, the ingenious track finds endless variety in three chords, morphing imperceptibly from simple guitar strumming to three-chord rock to quasi-orchestral splendor; Mallrat isn’t as nonchalant as her voice might seem."

Having just signed to Nettwerk, Mallrat has also toured with Maggie Rogers, played sold out headlining shows and made festival appearances to massive audiences in Australia. Gorillaz' Noodle also just included her EP title track "Uninvited" in a playlist of Kick Ass Women.

"I really love horses and this video was the perfect excuse to spend a couple of days hanging out with them," Mallrat notes, about the inspiration behind the video. "I wrote 'Better' over a year ago, but it's taken most of this time to get it sounding exactly how it does in my head. My dad says it's his favorite song which makes me very excited to share it with everyone." FACEBOOK.

Mallrat's vocals are sensitive, melodic and addictive. Add in the delightful musical arrangement on 'Better' and just allow the hooks to dig in deep. 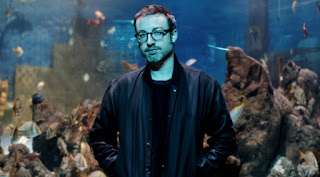 Background - Duncan Lloyd (of Maximo Park) shares new video "Painters." Lloyd explains that the track "looks back at a time when we felt less mortal, reflecting that what you dream of doesn't always turn out as planned." The track is from his recently released solo album 'I O U O M E', which is out now.

Duncan Lloyd is probably best known as the guitarist and musical driving force behind Mercury Music Prize nominated Newcastle (UK) band, Maximo Park, but  Lloyd’s frenetic outpouring has also seen him busy with various projects including Decade In Exile, Nano Kino, experimentalists Res Band, and solo work  under his own name. It is his solo work which now calls for our attention, with the release of new album, ‘I O U O M E’.

On an album about surviving change, detailing the effort to escape self-destructiveness, division and the inevitable breakdown of certain relationships, it’s  starkly personal, each insightful tale woven with defiantly buoyant melodies.

There is a quality that seeps through the foundations of “I O U O M E”; Lloyd's voice has a tactile warmth, weaving around deftly self-produced music, as if through his own nocturnal metropolis. The melodies keep you afloat but between the layers  there’s an emotional intimacy borne of experienced song-writing, both nimble and volatile. Talking about the record, Lloyd comments;

“These songs come from a more personal perspective and it’s fair to say there is a lot of  longing in them. They were mostly written in motion, travelling on long journeys, often  late at night when ideas tend to mutate & evolve in a way which is less black & white, where finer subtleties appear.”

Ultimately “I O U O M E” is an absorbing album, rich with melody, melancholy and  wit. With the addition of Tom English (Maximo Park) on drums, and additional  vocals from Eternal Summers’ Nicole Yun, the album powers into sonorous focus, never lapsing, it is a full-blown journey that is saying something worth hearing and  for Lloyd, the end result this time, is his alone. WEBSITE, FACEBOOK.

'Painters' is one refined indie rocker, with a richly layered musical backdrop allowing Duncan Lloyd's natural, earthy vocals to glide along seamlessly with the music. 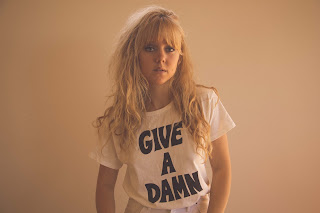 Background - Reclaiming power and marching back onto the airwaves, ILUKA offers her new single ‘Sympathy’ off forthcoming EP Ritual. The single is an uplifting war cry using the rhythmic grooves of Motown to echo the voice of the people and highlight the need for radical change.

“Sympathy is a song that’s been sitting in my drawer for a couple of years now.  When it was written I had this real sense of impotence and apathy within my generation.That willing or not, so many of us were becoming slaves. Slaves to technology, to consumerism, to authority, to an ideology, to expectation, to our own bodies, and to our own minds. Rather fittingly I didn’t really know what to do with the song at the time. But I feel like with all that is happening in the world right now people are being shaken awake, whether we like it or not.  Silence is being broken, indifference is turning to dissidence, people are speaking up and being heard, and the time felt right to bring this song to life, to add my voice to the cause.  To celebrate defiance, to champion self-expression, to promote self-belief, and to reclaim our power.  As the song choruses... we want it back" says ILUKA.

The new EP Ritual is a collection of songs that bares homage to her great loves and burning visions of an old soul desperately present: conjuring the shoo-wops of Motown, the swirling synths of the space age, the rambling tales of the folk bard, and the urgency of revolution; both then & there, here & now.

Ritual marks the next evolution in the retro pop sound for which ILUKA has become known. Combining elements of musical nostalgia with a contemporary edge. Recorded with her long-term touring band who have become more intrinsic both onstage and in the studio, it’s a powerful, upbeat collection destined to empower and elevate, to transcend and liberate. WEBSITE, FACEBOOK.

The musical arrangement for 'Sympathy' is a heady retro affair which as mentioned above has some Motown feel to it. Thankfully ILUKA has the vocals to work alongside, as they do, with a vibrant and energised kick to them.