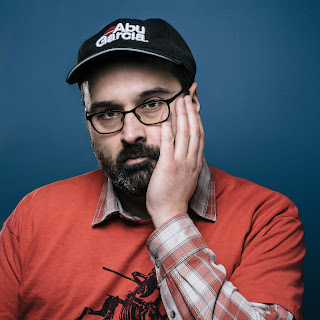 However, this shift is not a full-bore retreat from the inventiveness of previous releases, but a more economical distillation of Chris’s core compositional approach. Collaborator Brian James acted as co-producer for the EP and also penned the chamber pop ballad “Perfect For Company” which closes Black Collar Vices.

In crafting the sound for Black Collar Vices, Chris revisited the chorus and delay heavy acoustic guitar and vocal treatment that characterized the sound of Almanac Mountain’s first EP, 2010’s When In Nature. BANDCAMP, FACEBOOK.

The musical production on 'Jane' is crisp and clear  providing each singular element with fabulous clarity. Gently melodic and with plenty of hooks Chris Cote's vocals give the song greater distinction, the new EP 'Black Collar Voices' is eagerly awaited. 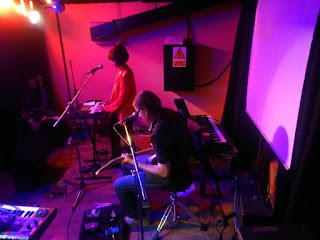 Alice in the Cruel Sea - Between The Devil And The Deep Blue Sea.

Background - Alice in the Cruel Sea is a 3-piece band based in London. Their sound is a mixture of alternative rock songwriting and electronic soundscapes, with synth and samples - driven tapestries of sounds. This  is enriched by lyrical yet minimal guitar melodies. It is formed by singer/songwriter Sara Rinaldi, guitarist/producer Filippo Faustini and bassist/producer Andy Kosakowski. The band is influenced by people like Radiohead, Sigur Ros, Florence and the machine, Bjork, Warpaint and also some cinematic music.

The band is currently promoting their first self-titled, self-produced EP through live performances in venues across London. Heading up to festivals in the summer, they continue pre-producing new songs and working on new material constantly. Their first single “Between the Devil and the Deep Blue Sea”, was released at the beginning of March 2018 and it will be followed by several other single launches during the following months. The group is also collaborating with the Italian director Annamaria Pennazzi for their first video.

Alice in the Cruel Sea is a project that dates back to 2015, when singer/songwriter Sara Rinaldi coupled with guitarist Filippo Faustini to work on some songs and showcase them at various venues in London. They kept working on the material and when bassist Andy Kosakowski joined the band in 2016, all the arrangements were shunned and the band began an intense period of experimentation on sound textures in order to find their own sound and direction. The guitar work was reduced to a minimum and the songs started to sound more synth-oriented. Samples from old keys, synths, mellotrons etc. started to appear as part of Alice’s sound world and the songs were shaped in their current form. FACEBOOK.

The layers slowly develop on 'Between The Devil And The Deep Blue Sea' a dreamy landscape of beautiful vocals and sensitive musical sounds that occasionally intensify but never dominate or clutter the flowing and ethereal feeling this piece exudes. 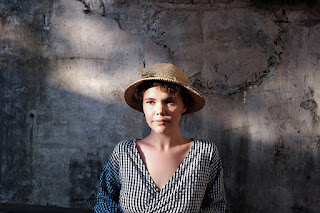 Background - In a world that rejects vulnerability, the most radical thing that musician and writer Clare Hennessy could do was write an album of deeply personal songs. Music helped her to navigate and heal the frayed pockets of her heart; it was only fitting that she might hope to embolden others to do the same. A bright anthem to echo the triumph of new beginnings, April, the single, muses on transformation. With warm clarity, Clare Hennessy reminds us that when the month is right, taking flight is inevitable. Perfect for high-way driving

Considering Clare’s childhood listening to Joni Mitchell records, the heartbreaking honesty and nimble vocals of April are no surprise. She draws inspiration too from the warmth of Laura Marling, the grit of Marika Hackman and the guts of Julien Baker. Her voice soars above grit and sometimes considerable darkness with a lightness akin to Katie Noonan.

When asked to summarise the story of the EP, Clare insists that it is largely one to be felt and defined for each individual listener - though there is of course a clear path between each song to her. The take away: despite harshness, barrenness or hardship, there can be beauty. There will be growth. Hope can grow in desolation with love - and “by allowing truth to be heard”.

A trained playwright, stories have always been her lifeblood. It was no wonder then that she channeled this into her music, which has (since childhood) persistently knocked upon her door. April honours this marriage between stories and song, charting her personal coming of age (and, it marks a professional leap, too).

Growing up enchanted by the fantastical competing worlds of Sydney metropolis and rural QLD where her extended family lived, there is a mirroring duality in the music Clare Hennessy creates; heavily influenced by folk and rock authenticity, she has also been ensnared by the world of the less traditional. The tracks of April chart different landmarks along the journey of her becoming, and can be heard as both stand-alone destinations or pit-stops along a larger journey.

Tonally, the musical landscape feels like something between a Spaghetti Western and Twin Peaks - with a healthy helping of witchcraft in the mix. April was produced by Clare along with Nicholas Maitland, with guitar arrangements composed by Ben McCrum and Andy Mason as sound technician. Clare navigates rock, country and folk with a distinctly Australian flair. The destination: authenticity. Recorded entirely in her bedroom, this musical debut invites us into an interior space in which a heart is thawed out and false identities are abandoned. WEBSITE, FACEBOOK.

The word honest came to mind before I has even read the above background promo. 'April' has so much honesty to it, with intimate and personal lyrics coursing there way through the four songs. Acoustic, melodic and with vocals that can easily touch your heart, I am just so pleased to be able to feature the whole EP. 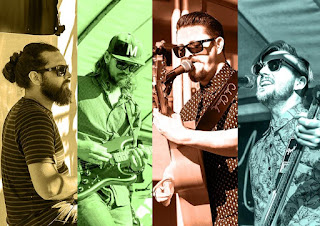 Background - Opening with its spine-tingling first single Pirate Boy, The Milkmen's sophomore album, Behind Closed Eyelids, is an intense and rewarding listen. Driven by the gritty vocal style of Conor Mcloughlin, the band taps a vein of dirty acoustic rock, striking gold with masterfully layered songs that delve deep into the heavier realities of life.

Raw and honest, the lyrics at the heart of Behind Closed Eyelids match the intensity with which they are sung. Each instrument in the arrangement plays its part to perfection – adding the necessary shading that makes up the album's tone. Together, both band and singer bring the powerful narratives of Behind Closed Eyelids to life – delivering wave after wave of uplifting music, even during the album's bleakest moments. To properly capture this energy on tape, the band enlisted legendary Perth producer Rob Grant to sonically sculpt Behind Closed Eyelids.

From the darkest to the lightest moments on the album, the band sound glorious. The slow-burning State Of Mind comes bearing cheery melodies amidst the perfectly gloomy Sold My Soul and the soaring gospel harmonies of I Can Still Hear The Birds. History Repeating Itself and Davy Jones bring heartache, while For The Rest Of My Dayz, Lots Of Love and To Fight For You bring joy.

Formed and based in Perth, The Milkmen have divided their time between Australia and the UK. Now armed with the greatest work of their career, The Milkmen have every cause to get out and take their music to the world. Beginning on their own doorstep, the band will launch Behind Closed Eyelids at the Ravenswood Hotel on April 14 (fb event), kicking off a 12 month cycle of touring.

Having experienced both the intimacy of small clubs and the electrifying rush of performing festivals to thousands of people, The Milkmen are poised to take everything in their stride and embrace each new opportunity. With this tenacity – not to mention a setlist of blistering new tunes – the potential for this unique band is literally endless. FACEBOOK.

Described as acoustic rock 'Pirate Boy' is all of that however it's not soft or sweet, rather potent and mesmerising with the vocals adding some menace and drama, as the band energise the soundtrack.