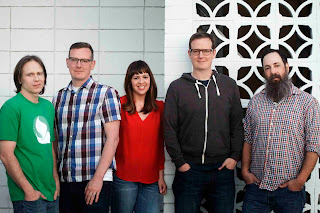 Soft Science - Undone / I Don't Know Why I Love You.

‘Undone’ is essentially about loving someone through good times and bad. It is about accepting that although there will always be hard times in life, it makes things easier to go through tough days with people you love. For me, those times make me love them more. That  unwavering love can be like a light,” explains Soft Science vocalist Katie Haley.

The B-side was originally recorded for the House of Love tribute compilation 'Soft as Fire in The House of Love', in limited released via The Blog Celebrates Itself Records, the track has been remastered and, for the first time, is available in wider digital distribution.

Hailing from America’s farm-to-fork Capital in Northern California’s lush Sacramento Valley, Soft Science fuse melody, sound, and texture of 60s pop and 90s shoegaze like molecular gastronomists blend physics and chemistry to transform food. Together this 5-piece band have managed to create their own sweet blend of modern pop music with a sonic edge.

The band’s members share a love of such bands ranging from the Zombies and Beach Boys to Lush, Teenage Fanclub, Ride, Pale Saints, New Order, and Jesus and Mary Chain, along with newer artists such as Beach House and Frankie Rose. Such eclectic artists have influenced their music. BANDCAMP, FACEBOOK.

The new double A side single comprises of 'Undone' an expansive, flowing, multi layered rocker with the melodic vocals immersed amongst the energised music. Accompanying this is 'I Don't Know Why I Love You' a refined and very pleasing cover version of the House Of Card's song. 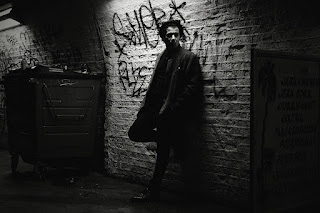 Background - Inspired by the story of a night out in the effervescent streets of London, Late Night Show is the first single from the upcoming album Barflies.

Produced by renowned UK soul artist Camelle Hinds; Late Night Show is a get up and dance track which combines Blues with Jazz and Gypsy Rock vibes.

Bandini is an exciting new contemporary artist, who through his re-imagining of fusion music has successfully incorporated aspects of jazz, blues, rock and gypsy  into a unique sound.

Coupled with his enigmatic and theatrical stage performances, Bandini is quickly becoming one of the most relevant emerging acts today. Bandini’s performances have been described as an event, rather than simply a gig. WEBSITE, FACEBOOK.

'Late Night Show' mixes up some contrasting genres and does so with plenty of style. Melodic, upbeat, and vibrant, the question is do you dance to it, or just sing along with the chorus line, the answer might be both, and a beaming smile would be fitting. 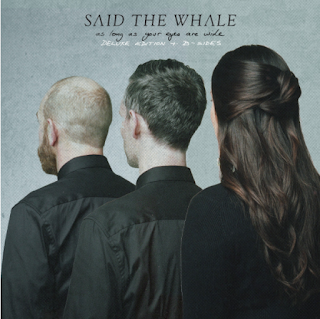 Background - Juno Award winning chart-toppers Said The Whale have announced a deluxe edition release of their 2017 LP As Long As Your Eyes Are Wide via Hidden Pony Records. Released one year after the original on March 30, the album will include 10 additional tracks, 5 B-sides, 4 acoustic versions, and 1 new cover song. To celebrate the release, the band has shared one of the previously unreleased tracks “Congratulations”.

Previously operating as a five-piece, the current trio - made up of frontmen Tyler Bancroft and Ben Worcester and keyboardist Jaycelyn Brown - have created their most collaborative, focused record to date. Previous releases highlighted the contrast between the two founders’ eclectic rock influences and salt-of-the-earth folksiness. Here, their styles become one. Despite the album’s many adventurous sonic forays, it remains true to the spirit of their classic work. At its core, As Long As Your Eyes Are Wide is a singer-songwriter record, guided by introspective lyrics and alchemical group harmonies from Ben, Tyler and Jaycelyn.

Additionally, the band will be releasing a 5 episode podcast titled Demoitis - available on iTunes later this month. Each episode explores a song from As Long As Your Eyes Are Wide as well as featuring discussions with peers in the Canadian music scene such as Max Kerman (Arkells), Graham Wright (Tokyo Police Club), Ryan Guldemond (Mother Mother) and more. WEBSITE, FACEBOOK.

Feisty from the opening moments 'Congratulations' is a contagious indie pop/rock song that has the hooks on rapid fire, enjoy! 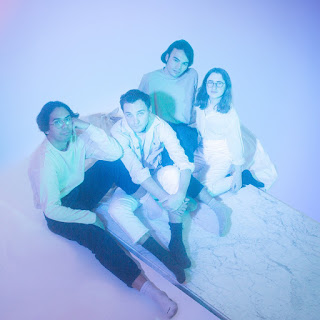 Background - Montreal-based four-piece, Bodywash, shared their new single, "Eye To Eye." The new song was produced by Nigel Ward (Seoul) as well as mixed by Austin Tufts & Taylor Smith (Braids). Their debut full length, Comforter (also produced and mixed by the same team as Eye to Eye) is scheduled for a 2018-2019 release.

Bodywash is a Montréal four-piece that layers airy vocals, intricate guitar textures and swirling synths over a heavy rhythmic foundation.

Formed by Chris Steward, Rosie Long Decter and Adam MacPherson in the Residence Basement of McGill University Residence in 2014, they released their four-track self-titled EP almost exactly one year later. This self-titled EP showcased Bodywash finding their feet as a band, experimenting with a range of styles from the thick, woozy electronics of “Nothing At All” to the more overtly poppy approach of “This Cruel”.

The band have since zeroed in on a more focused confident sound that marries all their favourite elements of 90s shoe-gaze & trip-hop, ethereal 80s pop, and contemporary left-field electronic music, in part due to the addition of bassist Tom Gould as well as drummer Ryan White. Notable past and upcoming performances include show support for Arkells, Happyness, Yamantaka // Sonic Titan, Hoan, Lido Pimienta, Moon King, & Doomsquad. FACEBOOK, TWITTER.

The synths gently bring 'Eye To Eye' into focus (pun intended) as the song builds into a mixture of dream pop and softer shoegaze. Atmospheric throughout this is a sumptuous and soothing track to close your eyes and drift along with.