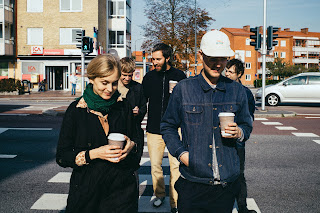 Kluster - In Your Hometown.

Background - Kluster was founded by four friends and a virtual drummer in Malmö 2014, a real life drummer joined in shortly afterwards and the gang was complete. Since, the quintet has been active on as well the Malmö indie scene as playing shows in Berlin, Copenhagen, Stockholm, supporting acts such as Frankie Cosmos and Nicole Sabouné. Debut single Over My Head was released in February to praise from Line of Best Fit, Spotify's Fresh Finds and more. Today, the success of the debut is followed by new single In Your Hometown and the announcement of debut album civic, out June 15th via Rama Lama Records.

In Your Hometown is yet another glimpse of Kluster's playful sound - a melting pot of broad influences such as pop, punk, noise, lo-fi, indie and jazz. According to the band, "In Your Hometown is somehow about paranoia; it's about a very scared man who hid in his hoody for all his life and never discovered the world around him. He was a great collector of thoughts and things but remained trapped in his own mind".

The members have a history as academic jazz players, forming Kluster after longing to find a collective process free from strict genre playbooks and narrow-minded academic rules. A process that resulted in Kluster's captivating characteristic dynamic and turning points, alternating from melodious to dissonance, complex to simple.

Debut album civic is out on June 15th via Stockholm indie label Rama Lama Records (Steve Buscemi's Dreamy Eyes, Delsbo Beach Club, Melby etc.) and is the labels first full-length release. The LP was recorded at Malmö's famous Tambourine Studios and is a elegant  showcase of the quintet's exciting ability to blend experimental and accessible in their very own way. Or to put it in Kluster's own words, "civic is a look into the everyday ordinary, the changeable and the constant" with eleven songs treating "situations, emotions and people in our mind at the time, consciously or not". TWITTER.

Kluster's desire to play what feels right to them, rather than sit in one specific genre silo is all apparent on 'In Your Hometown' a vibrant "Indie Anything" tune. This piece has some beautiful twist and turns and gorgeous hooks that change shape along the way but always keep the interest at a high level. 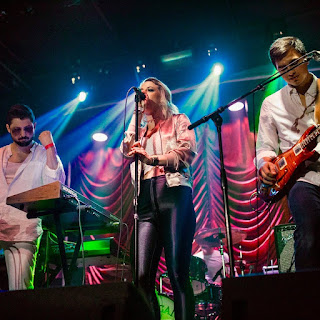 "“Ships Ahoy” is about the inevitability of change, and how we choose to act in its presence. The final scene of the film ‘Apocalypto’ was actually a big inspiration for the track - after a crazy tribal chase in the Mexican jungle following a human sacrifice gone wrong, white man in majestic Ships shows up on the beach for the first time.

After so much personal and localized drama, and achieving survival against seemingly insurmountable odds, one single unpredictable event changes everything. The film ends with the protagonist (Jaguar Paw), looking at the Ships from the safety of the jungle with his family. TWITTER.

There is a tight sophisticated musical vibe from the opening chords on 'Ships Ahoy', where the bands slick performance, is accompanied by some melodic vocals that sync beautifully. Jazz rock and electronica seemingly collide and do so to great effect, this is impressive to say the least. 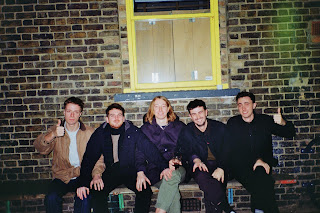 From the opening guitar chimes onwards the touchstones to dream-pop artists old and new are apparent, yet there’s a unique thread running throughout, generated by the collective way the quintet create not only their music, but art and visuals as well.

Throwing their concrete surroundings into the hazy sounds, Margot bring routine realism to life: “Desensitised is about the commute to office blocks, and how its oppressive nature, from the geography to the lonely crowds, can infiltrate, misdirect and dowse appetite and ambition” explains vocalist Alex Hannaway “Writing the song was cathartic, an act of strength and perseverance, a determination not to become desensitised."

Making a decision to be completely self-sufficient through the creative process, Margot record over long weekends at drummer Ben Andrewes' place, in between working weeks. This DIY approach and the autobiographical realism are reflected in the subject matter of the songs. FACEBOOK.

Having lived in London for a good many years, some of which included a daily commute into the city albeit some time ago now, 'Desensitised' still resonates that experience, one I suspect has only become more arduous down the decades. Margot manage to catch so much of that, and in just five minutes convert it into a meaningful, and very special song. 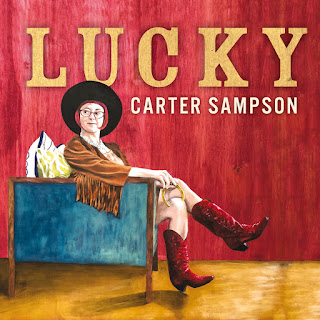 Background - She calls herself "lucky". We would like to blame it all on talent and charisma. And whoever has been so lucky to see and hear Carter Sampson perform or to be familiar with her CDs, will know exactly what we are talking about here.

When we released her Wilder Side album in 2016, we knew we had one talented lady on the label, but we could never imagine that she would immediately hit the Euro Americana Chart to stay there for 4 months, that she would do 7 European tours within the next year, that the reviews and airplay just kept coming and that as a result we had to release a compilation of The Queen of Oklahoma by public and media demand.

Now, 2 years later, Carter Sampson returns with 10 new tracks that include crowd pleasers like Rattlesnake Kate and Queen of the Silver Dollar. A great mix of originals and well chosen covers. The enthousiasm of Carter and her players to share these new recordings with us just bursts out of the speakers full energy! WEBSITE.

'Lucky' typifies the fabulous new album from Carter Simpson, due to land in late May. Americana is as good a description as any for this collection of music. Whether the tempo is fast or slow, the material personal or a cover version, Carter Simpson makes it her own with beauty and total commitment apparent throughout.