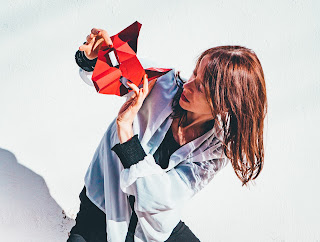 Background - Wendy McNeill does not need any further presentation, since the debut album 'Such A Common Bird' 2004, she has released five albums, made music and toured together with Ane Brun, The Tiny and worked with Loney Dear. Her sixth album "Hunger Made You Brave" has just been released and this week we get a music video to the single "This Hope".

'This Hope' refuses to be easily categorised into any one or more genres, which makes this gorgeous taste of music all the more wonderful. Keeping it very simple, like this song equals devour the new album, and enjoy the delicious musical feast that awaits. 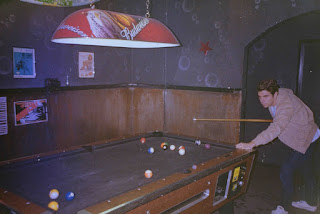 Background -  Personality Cult, are a brand-new post-punk project out of Los Angeles. The brainchild of the prolific artist and songwriter James Clifford, Personality Cult will be releasing its self-titled debut EP on June 1st (move over, Kanye) and now, he's sharing its undeniable lead single “Decay,” which opens with a wall of airy synths and guitar tones reminiscent of Disintegration-era Robert Smith, and doesn’t let up in intensity for the duration.

With vocal similarities to Depeche Mode’s Dave Gahan, Clifford deliberately employs rough production techniques to add a punk flavor to new wave-inspired songwriting. Think if New Order had attended the sessions for Raw Power and decided to make a similar sounding record, or if The Smiths abandoned guitars and got into Kraftwerk.

Propulsive drum machines clash with abrasive guitar lines, while Clifford’s evocative baritone keeps everything balanced with lyrics that touch on isolation, youth, and finding hope in obscure places. The three tracks on the EP are purposely unpolished and compact, designed to impact the listener on a visceral level. The focus isn’t so much on form and harmony as it is on translating fragments of the subconscious. At once acerbic and vulnerable, the EP makes for an engaging listen. FACEBOOK.

With a feisty beat and some carefully layered synth sounds 'Decay' is already sounding good before the vocals kick in adding a real post punk presence to the song. Atmospheric and dramatic this is a fine and addictive piece. 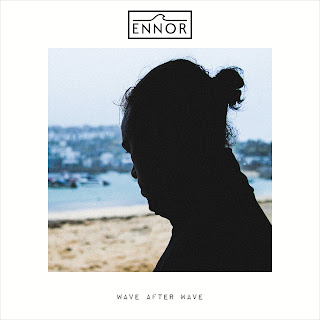 Background - Cascading harmonics and intricate finger style thrust us into the immersive sonic world of Ennor’s ‘Wave After Wave’. A melancholic reflection on climate change, the band question at what point will we have gone too far, an apposite reflection that metaphorically extends to universal concerns of the human condition in love, friendship, politics. No less rich in the idyllic imagery that courses through their catalogue, Ennor’s peerless sound is awash in multitudinous textures and colours.

A rich electric lead flows into the track, foreshadowing the song’s mounting crescendo towards it’s relentless skygazing second half. Restless drums and stacked vocals exhilaratingly draw the listener on to the proverbial edge before Ennor’s searing outro reveals a blinding ambition and humbling instrumental nous not commonly seen in folk rock groups. By turns both intimate and visceral, ‘Wave After Wave’ is a stunning testament to the musicianship of its makers - a vital new sound that could only hail from the surfer heartland of the UK.

With their musical and emotional roots embedded in the far corners of Cornwall, Ennor write songs that have a palpable sense of openness and raw emotion. It’s the culmination both of their journeys across the UK and a nostalgic longing for the Cornish sea. By turns folk and rock, the four-piece’s infectious sound has garnered attention from London to Penzance, as well as the acclaim of BBC Introducing. The poeticism and sincerity of frontman Tom Elliott is propped by the blistering work of the rhythm section. TWITTER.

We first featured Ennor just last month with 'Farewell To Atlantis' describing that track as "a marvellous mixture of upbeat rock tinged with some delicious folk sensibilities." Now we have 'Wave After Wave' a slower and more folk centric song. The vocals are bright adding a melodic dimension to the piece, whilst the musical arrangement is subdued to start with, but slowly unleashes the bands natural rock energy.