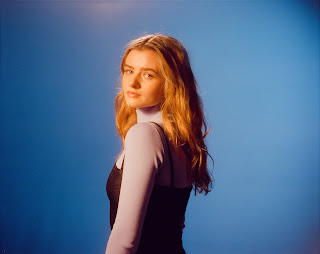 Background - If we follow the narrative of Rosie Carney as expressed through her songwriting, 2017’s ‘Awake Me’ was about the undefeated kernel of hope inside us all that gets us through each day. It was a public acknowledgement of the mental health struggles that engulfed her late teen years and her harrowing rise and fall in the major label system. Today, her new single ‘Bare’ conveys a sense of solitude, but, as Rosie points out, solitude is a tender and creative muse, allowing us the reflection needed to be our best selves, let go of the past.

She says of the song: "Bare was one of those songs that took me about 20 minutes to write. It felt like the song was already written, and all I had to do was play it aloud. It stems from the feelings of solitude and isolation you experience after going through something negatively impacting. I tried to write the song in stages of that experience, the first verse being the most raw and vulnerable, and the last, letting go. I don't necessarily think solitude is a negative thing, but actually very positive. It allows us to get to know ourselves better within each situation. I tried to capture that strength in this song."

Produced in Ireland with her frequent collaborator Orri McBrearty, ‘Bare’ looks to build on highly acclaimed singles ‘Winter’, ‘Your Moon’ and ‘Awake Me’. These few tracks have racked up over eight million streams on Spotify and received acclaim from NPR, and many more. The praise lead to 2017 performances at Latitude, Seven Layers and the Bon Iver, National and Cillian Murphy curated Sounds From a Safe Harbour. This spring she embarks on her biggest run of shows yet supporting Haux in 11 countries across Europe and North America. Rosie recently signed a deal with London-based Akira Records (Phoria, Henry Jamison, Henry Green) and is currently working on her debut album.

Having spent half her life in the music industry already, Rosie Carney packs an extraordinary sense of lived experience into her music. At 13 she left school in Donegal, Ireland to showcase her work in New York and Los Angeles, getting signed to a major before she could legally drive. Her later teen years were spent largely grappling with her own health, trying to navigate the confusion of her ailing mental health in the wake of trauma while simultaneously having to assert herself creatively in a large commercial system. Throughout her youthful evolution, the one constant has been her songwriting, which is both cathartic and empowering. TWITTER.

It's over two years since we first featured Rosie Carney and since then every song we have received, without exception, has been featured (without hesitation), as she continues time after time to impress. 'Bare' continues the trend, it's what else to say that is the problem, maybe just listen (please) is enough.... 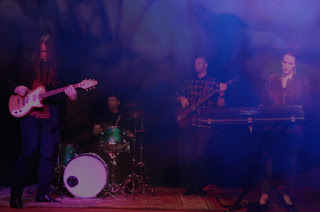 Background - When Billy & Dolly started work on Five Suns, their third album, they had three main items on their agenda: loud guitars, dirty keyboards, and the end of the world. "This is the 3rd single from our upcoming record Five Suns. Each single shows a different side of us and the record, whether that’s who is taking on the lead vocal, or the way we approached the instrumentation.

San Francisco duo Bill Rousseau and Dahlia Gallin Ramirez first broke through in 2004 with their heavy, Moog-centric outfit, The Monolith. After five good years, The Monolith called it quits, but the duo stayed together, went into songwriting hibernation in Dolly’s basement, and reemerged as Billy & Dolly, recording two albums, and sharing the stage with the likes of The Apples in Stereo, Dr. Dog, and Corin Tucker.

To hear them perform as a duo, with Rousseau on acoustic guitar and Ramirez on Wurlitzer electric piano, is to hear their gift for vocal melodies and beautiful arrangements. But to hear them play a loud, sweaty show with drummer Elliott Kiger and bassist Charley Hine is to understand them in their element. This element is fully captured on Five Suns and its 12 tracks about — among other things — post-apocalyptic love, galactic desertion, and Jane Eyre.

Recording at Oakland’s New, Improved Recording with long time collaborator Jay Pellicci (Deerhoof, Sleater Kinney, The Dodos) they trusted their instincts and shirked computers in favor of tape. On tracks like “Setting Sun” and “Marooned,” they pulled out studio tricks from the 1970s playbooks of Iommi and Page to give Billy & Dolly’s exquisite compositions bursts of near Black Sabbath levels to contrast the sweetness of the pair’s vocals. WEBSITE.

The juxtaposition between fiery rock riffs and lighter melodic vocals, really works as is evidenced by 'Setting Sun', a sub two & a half minutes blast of natural rock & roll. 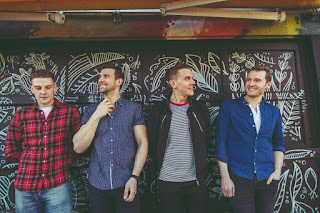 Background from Mushy Callahan - We’re Mushy Callahan – a band of brothers (no, seriously) who have been crafting our own blend of alternative rock with a hint of contemporary flare since 2013.

Our grassroots approach to writing, recording, and releasing our music has seen us travel across Canada and the UK. Our debut EP Man on the Run was quickly followed by our full-length Makings of a Man.

We’re pleased to share our brand new Revelations EP with you. Deep Meadow, the EP’s opening track/lead single, was inspired by the urge to run from your past and never look back. We wanted the song to have a happy, upbeat tone.

It’s meant to evoke positive feelings, with general optimism about starting anew. We like to open with it during our live performances – so naturally, we thought it should lead off the record. FACEBOOK.

The first of six tracks on the bands new EP is 'Deep Meadow' a vibrant alt rocker where the band are tight and solid, whilst the vocals add some passion. The other songs add more variety, through pace melody and feeling, I think it's fair to state, these brothers no how to rock.