Basement Revolver - The Ophelias - Many Voices Speak - Johnny & the Bootlegs 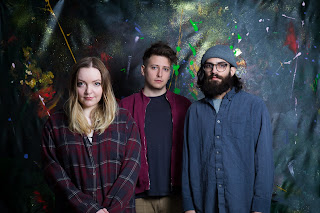 Background - Canadian indie-rock trio Basement Revolver have released their expansive new single “Baby” from their debut album Heavy Eyes, which is due out via Fear Of Missing Out Records on 24 August.

“I feel a lot of emotions, sometimes annoyingly so. Baby is about feeling sad and down even though you are generally happy about everything and everyone in your life. It’s about feeling confused about what I want in life, and how that affects other people. It is about crying a lot and feeling like I was burdening my partner with those questions (even though he has always been completely sorry) and not wanting him to feel like he was the source of my anxiety. It is also about my tendency to retreat when things get too overwhelming, to spend all day and night in my bed and watching Netflix and eating Doritos.”

Basement Revolver head over to the UK for the very first time in May for The Great Escape and a headline show at Paper Dress Vintage in London on 22 May. Photo credit - Rohann Agalawatte, TWITTER.

Basement Revolver have carved out their own definitive sound and it's one that has consistently impressed me. So 'Baby' makes it half a dozen features for the band, it's emotional and powerful rock and roll, packed with charm and putting it mildly, the debut album sounds very, very promising! 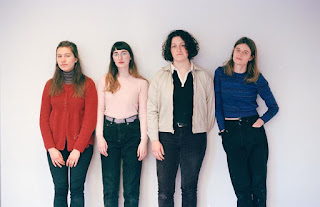 Background - Through a blend of understated rock, baroque pop and wide-skied atmospheres, The Ophelias explore the juxtapositions of youth on their album, Almost.

Produced by Yoni Wolf, the new album Almost glides between palatial assuredness and pallid introspection, looking back on youthful yearning — the uncertainties, the traumas, the anxieties — without discounting its soft beauty. The Ophelias steer Almost through the lineage of coming-of-age confessionals, and affectionately document their growth into a warm, fractured adulthood. INSTAGRAM.

Now this is good! 'Fog' is a fascinating mixture of pop sensibilities, where fabulous vocals and harmonies, are accompanied by an imaginative and creative musical arrangement. 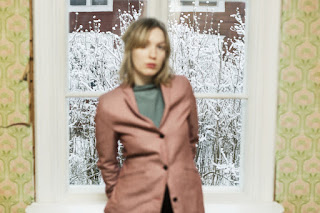 Background - Swedish artsit Many Voices Speak has announced the release of her debut album 'Tink Town' on 31 August via Strangers Candy. "'Necessaries' is about the progress and crisis you find yourself in when your certainties weaken or even withdraw. It reflects my own attempts to replace cynicism with knowledge and humility for the conditions of life", she says about the first single taken from the album.

Featuring the dreamy singing and songwriting of Matilda Mård, Many Voices Speak was born out of Mård's move from Stockholm to the smaller Swedish industrial town of Borlänge. Less distraction gave way to creative rejuvenation and a revitalized approach to music.

Mård found liberation in one of the Borlänge more unlikely places — the karaoke bar. It became a “free zone” for her, she says, “far away from my own self doubts and prestige about music.” After piling songs for years without ever releasing anything, she was relieved of the pressure she felt towards her own creations and began again as Many Voices Speak.

Her debut EP Away for All Time was released in 2016 and received early attention online with its nostalgic lead single "Video Child" and an airy cover of Rodgers and Hartz's classic "Blue Moon," garnering support from Spotify, Stereogum, Noisey, WNYC, Idolator and more, while landing Many Voices Speak highly on the Hype Machine charts and a poignant placement in Riverdale. WEBSITE.

There is a gentle flowing vibe coursing through 'Necessaries', the vocals are sensitive, dreamy and melodic, the musical backdrop adds some power and atmosphere and is arranged with precision and beauty. 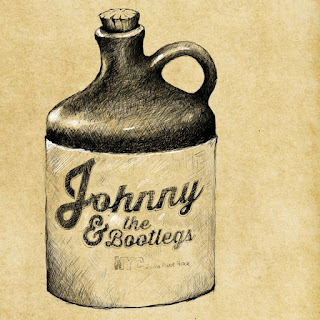 Background - Blues-punk-rock outfit Johnny & the Bootlegs released their EP NYC Rags today, for a delicious taste of NYC nightlife to devour whole. Blending a perfect mix of gritty rock n' roll, heartfelt-blues, and a dash of punk to taste, the band barrels their way through the urban jungle of NYC, with equal parts of debauchery and genuine reflection in tow.

The songs on NYC Rags were written by lead vocalist and guitarist John Santiago (aka Johnny) during his time as a general manager of the legendary New York City venue, Webster Hall. Immersed daily in the NYC entertainment and nightlife scene, the new tracks reflect some of his personal trials and tribulations throughout a “wild six years”. Santiago shared further on the inspiration of the EP's five-track collection. "'Thrift Shop' speaks about the odd underlying nature of wearing someone else's clothing, while 'NYC Woman' is a direct discussion of the extremes present in NYC dating. 'Hesitant' is a haunting ballad that piggybacks on the damage of those extremes, causing people to hold back, cautious of city love. 'Wings' is a broken hearted guitar tribute to Jimi Hendrix asking an ex to“fly away”. Lastly, 'Hey, Jenny' is about the desire and need for love, though unrequited in the face of screaming sincerity."

NYC Rags comes as the band's second release, and a follow-up to their full length self-titled album, which was released last summer. "With the addition of Ryan Adams on drums, the sound is transforming a bit to expand our blues and rock repertoire," commented Santiago. "Our first album was entirely with Danny Kenny, who has taken more of a songwriting/arrangement role, in addition to management duties. In addition, Erik has contributed more to the backing vocals and has switched to Modelo Especial... and I've recently become obsessed with J. Cole." NYC Rags was recorded at Studio G in Brooklyn, NY by engineer Jeff Berner (Psychic TV, Chris Cubeta and the Liars Club, NAAM, Heliotropes) through the summer and fall of 2017. WEBSITE.

The first of five tracks on the 'NYC Rags' EP is the song 'NYC Woman'. The bands concoction of blues and punk rock is at the very least feisty and potent. That's not to say the band cannot slow things down a little, they do and what's more they can add in some melody along the way. It's the raw natural delivery that makes Johnny & The Bootlegs standout, and an apparent love for what they are doing.