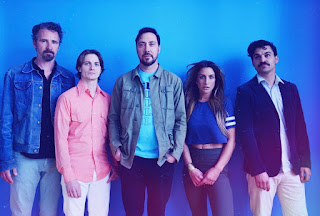 Background - There's no voice quite like Dave Gutter's, a weathered coffee-and-cigarettes growl that can turn vulnerable to vicious and crackles like a vintage Fender amp when he screams.

That voice is the result of the thousands of shows over the last 20 years fronting Rustic Overtones, the funky, psychedelic Maine rock institution that, to a certain crowd, are as synonymous with the state as Moxie soda and going "upta camp."

Gutter pays the bills as a songwriter; he's had tracks on recent albums by Aaron Neville, Tedeschi Trucks Band and in the Netflix show Narcos. His latest project, Armies, started as one of those gigs when he was hired to write a series of duets that were to be used in commercials and films.

The project fell apart, so Gutter took his poppiest songs ever into darker directions. He teamed up with friend Anna Lombard, whose understated, ethereal vocals defined records by folk group Gypsy Tailwind. WEBSITE.

With their new album (Armies II) due for release next month, it's high time to feature the video for 'Young Criminals' released just a few weeks ago. Having had the chance to listen to all eleven tracks, the fact that I am a little late to the table with this song, is I would venture to say, irrelevant. The simple fact is, 'Armies II' is rammed full of  indie soul pop gems, fabulous duel vocals, and so many good vibes, that Beehive Candy would not be doing their collective duty, to let this album pass by! 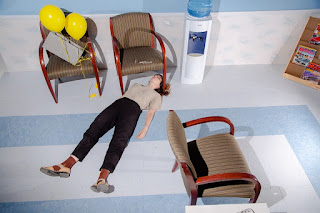 Background - “’Pink’ deals with the passage of time,” explains Mothers lead singer and songwriter Kristine Leschper of their new song from upcoming sophomore album Render Another Ugly Method, coming out September 7 on ANTI- Records. “It describes a series of memories within cars - cars of my childhood, recent past, and present - and subsequent feelings of childlike removal and helplessness. The video aims to reciprocate these three vignettes of idling, through limited actions and minimalist set design divided into three parts.”

Now based in Philadelphia, Mothers originated in Athens, Georgia where Leschper was attending printmaking school. In 2016 they released their debut album When You Walk A Long Distance You Are Tired to great critical acclaim.

When You Walk also kicked off a sprawling eight months of touring across the US, UK and Europe, as the group honed their take on left-of-center indie rock with an explosive and surprising live show that displayed how forceful the songs translated to a full-band setting. Influences on this album came from new music Leschper explored while on that tour, including polyrhythmic groups like T.P. Orchestre Poyly-Rhythmo de Cotonou and Lifetones, as well as rhythmically dense Fred Frith records like Gravity and The Technology Of Tears.

"The first time I heard Mothers I knew it was a band that I wanted to work with,” said John Congleton (St. Vincent, Angel Olsen, The War on Drugs), who produced Render Another Ugly Method. “So special and idiosyncratic, it is impossible to ignore their point of view. I loved making the record and seeing them work." FACEBOOK.

My initial description for 'Pink' (after the first listen) was seven minute plus of rapidly paced sonic intrigue. Then I reflected and thought that sounded vague and a tad pretentious. Another play and the vocals became more apparent as a key driver of this song, particularly as they drift slowly acting as a  juxtaposition to the rhythmic backdrop. Then I bothered to read the promo material that tells us that the piece deals with "the passage of time", and cue my own personal light bulb coming on. In that context and from an artistic point of view, a very fine song becomes an incredible song, or does that also sound a little to pretentious, if it does, I still stand by it....